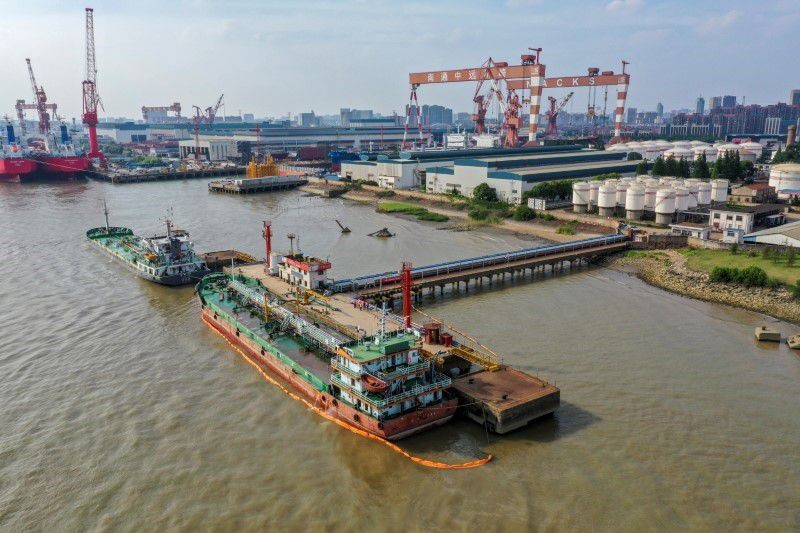 MELBOURNE, Aug 9 (Reuters) - Oil prices dropped 2% on Monday, extending last week's steep losses on the back of a rising U.S. dollar and concerns that new pandemic curbs in Asia, especially China, may set back the global recovery in fuel demand.

"Concerns about potential global oil demand erosion have resurfaced with the acceleration of the Delta variant infection rate," RBC analyst Gordon Ramsay said in a note.

The curbs include flight cancellations, warnings by 46 cities against travel, and limits on public transport and taxi services in 144 of the worst hit areas.

"While the number of cases (in China) is low, it comes just as the summer travel season peaks," ANZ commodity analysts said in a note. "This has overshadowed signs of strong demand elsewhere."

In Malaysia and Thailand, infections continue to hit daily records of more than 20,000.

Oil also fell as the U.S. dollar rallied to a four-month high against the euro after Friday's stronger-than-expected U.S. jobs report spurred bets that the Federal Reserve may move more quickly to tighten U.S. monetary policy.

A stronger U.S. dollar makes oil more expensive for holders of other currencies.

Trading was quiet with holidays in Japan and Singapore.