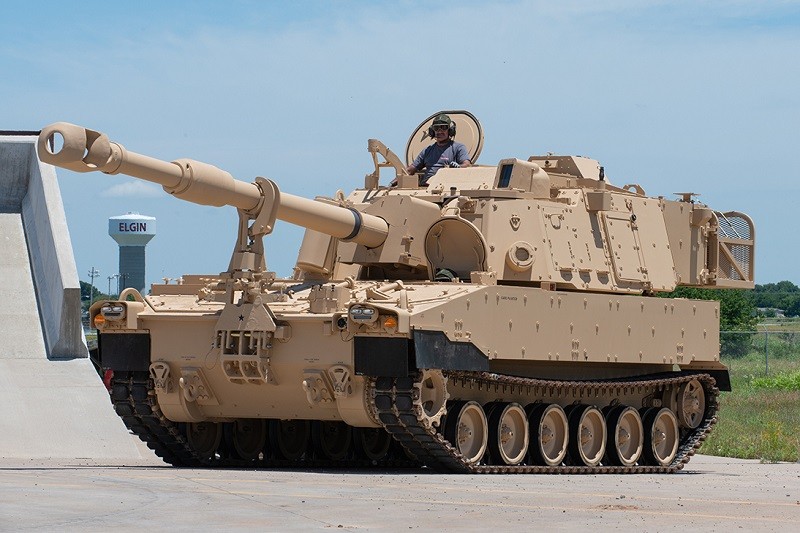 TAIPEI (Taiwan News) — China’s foreign ministry on Thursday (Aug. 5) called on Washington to adhere to the “one-China” principle after the Biden administration announced an arms sale to Taiwan a day earlier.

The Biden administration on Wednesday approved a potential sale of 40 M109A6 Paladin self-propelled howitzers and other related technical equipment to Taiwan for a cost of US$750 million (NT$20.83 billion). This is the first arms deal to the East Asian nation under President Biden.

In a press release, the ministry said Taiwan is an “inalienable part of Chinese territory” and that the weapons package “interferes in China’s internal affairs, undermines China’s sovereignty and security interests, and violates international law and the basic norms of international relations.” It added that this sale will send "Taiwan independence separatist forces” the wrong message and will damage U.S.-China relations and cross-strait relations.

The ministry also said the U.S. should abide by the “one-China” principle and the provisions listed in the three Sino-US joint communiqués by halting arms sales to Taiwan and U.S.-Taiwan military exchanges. Beijing has already lodged solemn representations with Washington and will take further countermeasures as the situation develops, the ministry said.

According to a Defense Security Cooperation Agency press release, the possible deal “will contribute to the modernization of [Taiwan’s] self-propelled howitzer fleet, enhancing its ability to meet current and future threats.”

The Paladin is armed with a 155-mm cannon and is operated by a four-man crew. It is able to receive data, aim and fire, and move to a different location without external technical assistance, according to Army Technology. This allows the Paladin to protect itself from enemy counterfire.