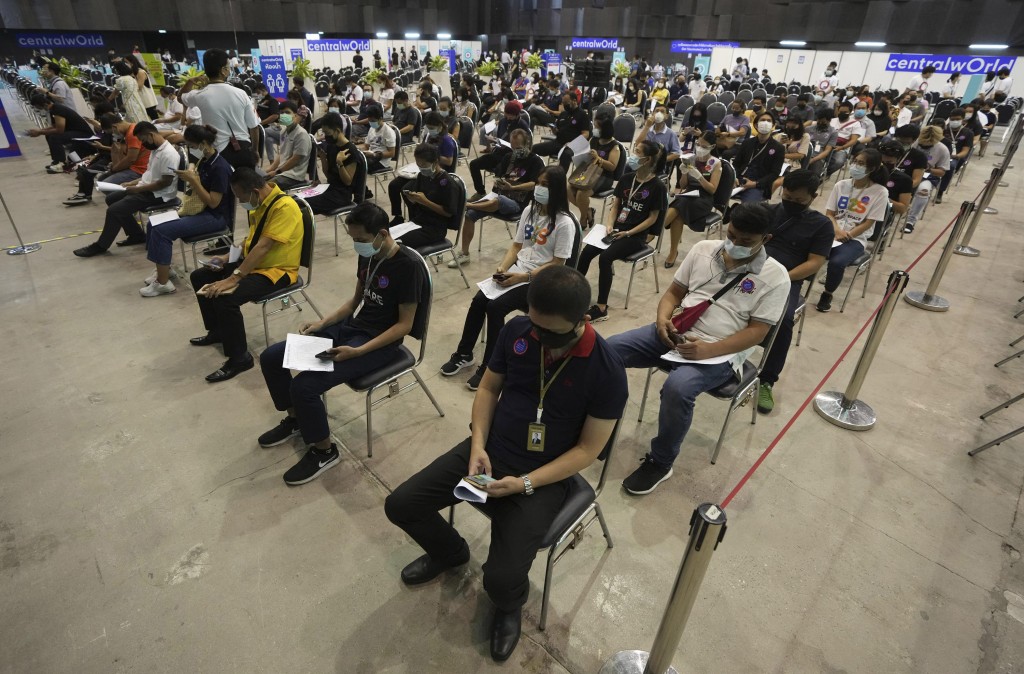 TOKYO (AP) — The daily tally of confirmed COVID-19 cases in Japan hit a record for the fourth day at 2,508, the Health Ministry said Sunday. Japan has had fewer than 2,000 coronavirus-related deaths so far, avoiding the toll of harder hit nations. But fears are growing about another surge. A flurry of criticism from opposition legislators and the public has slammed the government for being too slow in halting its “GoTo” tourism campaign, which encouraged travel and dining out with discounts. Prime Minister Yoshihide Suga on Saturday scrapped the campaign, but only after many people had already made travel reservations for a three-day Thanksgiving weekend in Japan.

KABUL, Afghanistan (AP) — Mortar shells slammed into a residential area of Afghanistan’s capital and killed eight people Saturday, hours before outgoing U.S. Secretary of State Mike Pompeo held what are likely his last meetings with the Taliban and Afghan government negotiators trying to hammer out a peace deal. The attack in Kabul, claimed by Islamic State militants, also wounded 31 people. The assault came as peace talks were underway in Qatar, where Pompeo told Afghan government negotiators that the U.S. will “sit on the side and help where we can” in the negotiations with Taliban militants. Meanwhile, the U.S. military announced a sudden visit to the Mideast by long-range, nuclear-capable B-52H bombers, underlining America’s continuing presence in the region.

Thousands march in streets in Taiwan against US pork imports

TAIPEI, Taiwan (AP) — Thousands of people marched in Taipei’s streets on Sunday demanding the reversal of a decision to allow U.S. pork imports into Taiwan, alleging food safety issues. President Tsai Ing-wen’s administration lifted a long-standing ban on U.S. pork and beef imports in August, in a move seen as one of the first steps toward possibly negotiating a bilateral trade agreement with the U.S. The ban is due to be lifted in January. That decision has met with fierce opposition, both by the opposition Kuomintang party and individual citizens. The new policy allows imports of pork with acceptable residues of ractopamine, a drug added into animal feed that promotes the growth of lean meat that some farmers use in pigs.

SYDNEY (AP) — A man died Sunday after being attacked by a shark in Western Australia, the eighth fatality in the country this year. Police were called to Cable Beach, a popular tourist spot on Australia’s Indian Ocean coast, at about 8:40 a.m. The 55-year-old was pulled from the water with serious injuries and treated by police before paramedics arrived. He died at the scene, police said. Local media reports said the man was bitten on the upper thigh and hand. The species of shark involved in the attack is not known. Park rangers immediately closed the beach and a fisheries vessel was assigned to patrol the area.

ANKARA, Turkey (AP) — Afghanistan’s chief peace envoy Abdullah Abdullah said Saturday that the U.S. decision to begin withdrawing troops from Afghanistan has come too soon, as his country is still struggling to attain peace and security amid an ongoing conflict. In an interview with The Associated Press, Abdullah also described as “shocking” an Australian military report that found evidence that elite Australian troops unlawfully killed 39 Afghan prisoners. He welcomed a decision by Australian authorities to pursue the perpetrators. Abdullah spoke in Ankara where he sought Turkey’s support for negotiations between the Afghan government and the Taliban that are taking place in Qatar to find an end to decades of war.

HONG KONG (AP) — Singapore and Hong Kong on Saturday postponed the start of an air travel bubble meant to boost tourism for both cities, citing a spike in infections in the Chinese territory as a “sober reminder” of risks to public health. The travel bubble, originally slated to begin Sunday, will be delayed by at least two weeks, Hong Kong’s minister of commerce and economic development, Edward Yau, said at a news conference. The arrangement is meant to allow travelers between the two cities to enter without quarantine as long as they complete coronavirus tests before and after arriving at their destinations, and fly on designated flights.

US, Taiwan step up economic cooperation in new dialogue

TAIPEI, Taiwan (AP) — The U.S. and Taiwan are stepping up cooperation in a newly created economic dialogue, in another move from the outgoing Trump administration to increase official exchanges with the self-ruled island. The two sides signed a five-year agreement establishing the U.S.-Taiwan Economic Prosperity Partnership Dialogue, which is meant to be held annually. The deal falls short of a long-desired bilateral trade agreement, but is a significant step that increases ties between Washington and Taipei. China, which views Taiwan as its own territory to be reunited by force if necessary, has criticized such steps as provocation. “The U.S.-Taiwan economic dialogue signifies that not only is the United States-Taiwan economic relationship strong, but it continues to deepen and grow,” said Brent Christensen, director of the American Institute in Taipei, the de-facto embassy.

BANGKOK (AP) — Secondary school students in Thailand’s capital rallied Saturday for educational and political reforms, defying government threats to crack down with legal action against the country’s high-profile protest movement. The rally was called by a group that calls itself “Bad Students,” mocking their status as rebels against traditional school rules and authorities. Reflecting their light touch toward protest actions, they used props including people in dinosaur suits and oversize beach balls standing in for asteroids. Just as an asteroid hitting the earth is believed to have led to the extinction of the dinosaurs, they pointed out, the old-fashioned members of Thailand’s establishment impeding change will face a collision with the country’s pro-democracy movement.