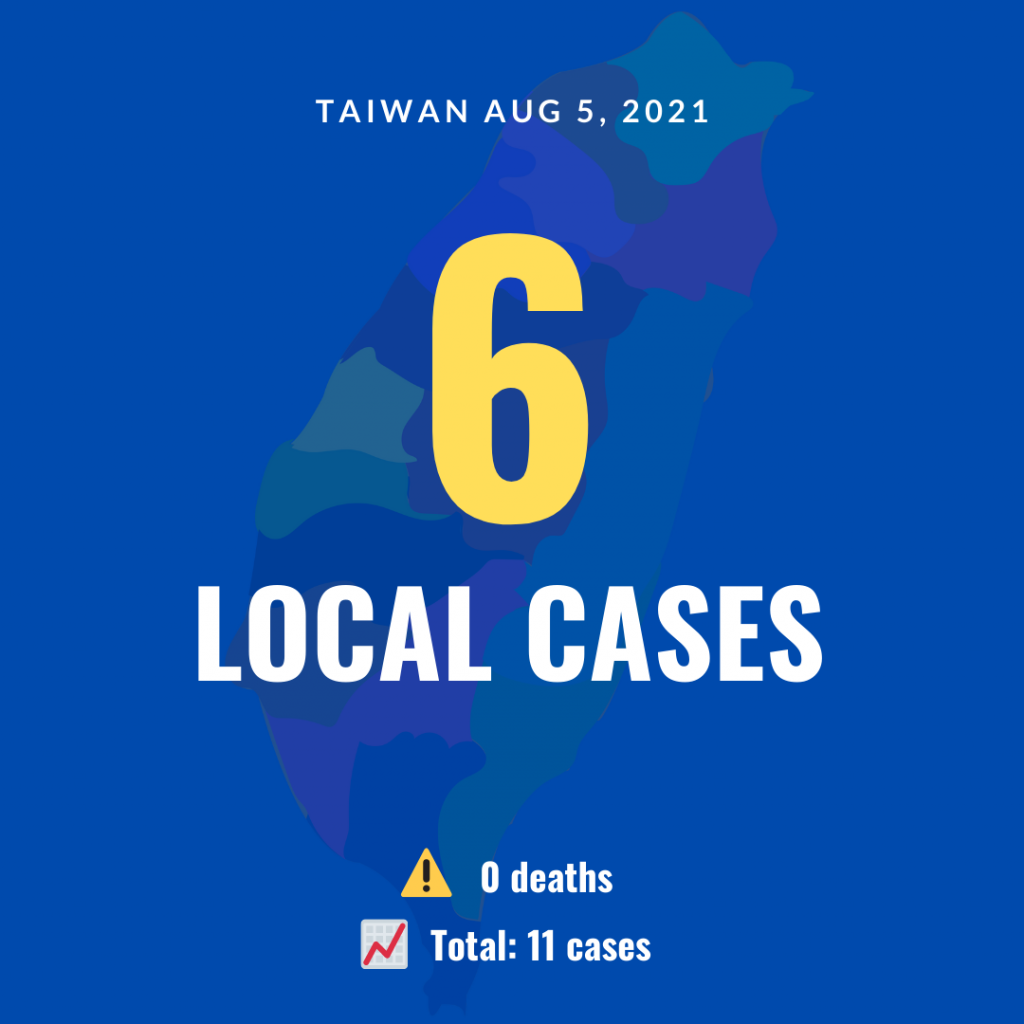 The latest local cases include four men and two women between the ages of 20 and 60, with the dates of symptom onset and testing ranging from July 23 to Aug. 4. As for the distribution of these cases, four were in New Taipei City and one each in Taipei and Taoyuan.