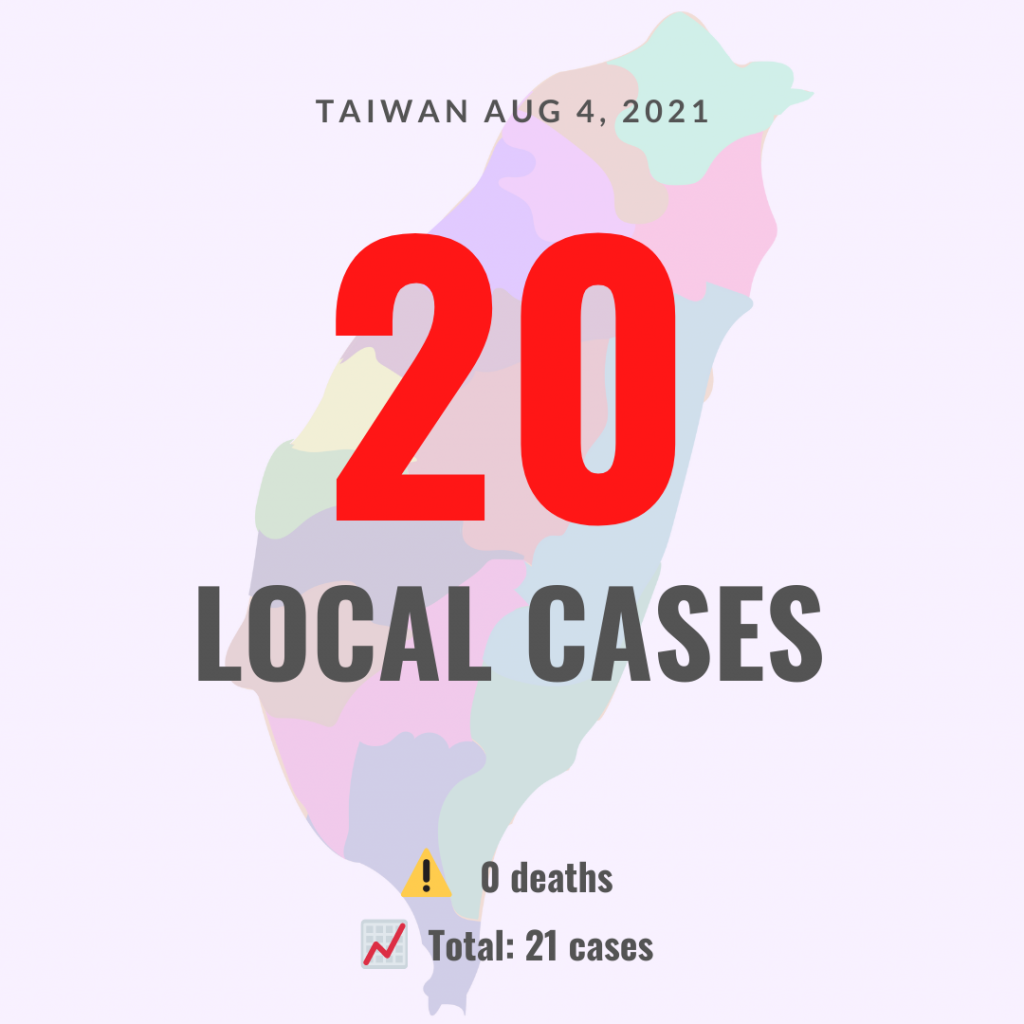 Health Minister and CECC head Chen Shih-chung (陳時中) announced 21 new coronavirus cases that afternoon, including one imported infection and 20 local and ones. The CECC did not announce any deaths from the disease, leaving the COVID death toll at 791.

The latest local cases include nine men and 11 women between the ages of 20 and 70, with the dates of symptom onset and testing ranging from July 24 to Aug. 3. As for the distribution of these cases, 14 were in New Taipei City, five in Taipei City, and one in Taoyuan City.

Epidemiological investigations determined that of these, 16 are from known sources and four are from unknown sources. Inquiries are ongoing to clarify the source of the infections.

According to Chen, Wednesday's sole imported infection, case No. 15,850, is a Japanese girl in her teens who came to Taiwan on Aug. 2 to study. Although she had tested negative for the virus within three days of her flight and is asymptomatic, a test taken at the airport came back positive for COVID-19 on Aug. 4.