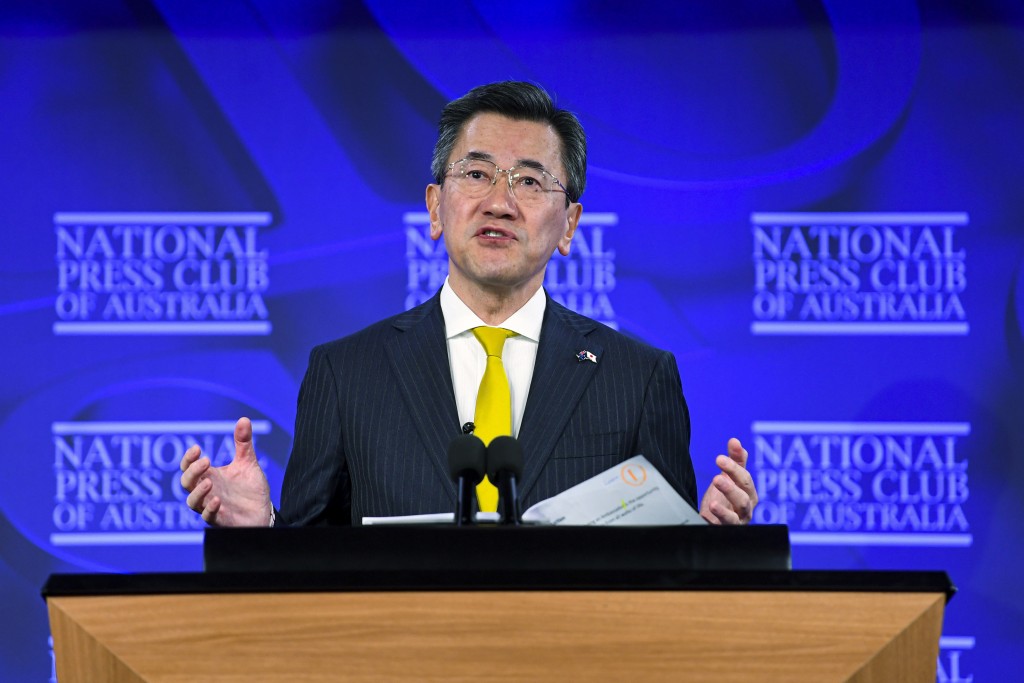 TAIPEI (Taiwan News) — Australian media report the Chinese embassy in Canberra has accused Japan’s ambassador to Australia, Yamagami Shingo, of glorifying his nation's militarist past while attending an event in the nation’s capital.

The Chinese embassy added that its own ambassador, Cheng Jingye, (成競業) stridently “excoriated” Yamagami there on the spot. However, Japan's embassy firmly refuted the accusations that Yamagami had ever praised Japan's World War II legacy and also said the two ambassadors never engaged in any sort of verbal confrontation, according to an ABC report.

The ambassadorial spat was ignited by a statement posted on the Chinese embassy's website shortly after Yamagami delivered a recent speech at Australia’s National Press Club. At the event, the Japanese ambassador praised Canberra’s tough stance toward Beijing, saying it had done a better job of dealing with China than Japan, adding “[Australia] faced up to tremendous pressure in a consistent, principled and resilient manner.”

The Chinese embassy released the following statement the next day:

"At a diplomatic function in Canberra not long ago [Japan's ambassador] attempted blatantly to whitewash, and even beautify, the brutal aggression and atrocities by the Japanese militarists in World War II...It is … natural he was excoriated by the Chinese ambassador on the spot.”

However, China's Cheng did not attend the same event at the National Press Club, so the alleged showdown between the diplomats could not have occurred there. Yamagami and Cheng did both speak at a Holocaust memorial event hosted by the Israeli embassy in April though, leading to speculation by the ABC that this was the event the Chinese embassy was referring to.

Yet a Japanese embassy spokesperson stated Yamagami spoke only on the Holocaust at the function, refuting the validity of the Chinese portrayal of events.

The diplomatic tussle comes at a time when Tokyo is bolstering its strategic partnership with Canberra, while ties with Beijing continue to sour. At the National Press Club event, Yamagami said Japan-Australia relations had undergone an "astonishing" transformation and the two countries were moving ever closer together.

He went on to state that “Australia, Japan, United States, like-minded countries have to get together, join forces to address these challenges caused by the rise of this emerging power." Before taking up his post at Canberra, Yamagami was head of the intelligence branch within the Japanese Ministry of Foreign Affairs and in April said Japan aims to join the Anglophone world’s Five Eyes intelligence-sharing network.

Should this ‘Five Eyes-plus’ arrangement come to fruition, it would make Japan one of the world’s leading intelligence-gathering countries alongside its Western counterparts and further deepen the strategic cooperation among QUAD partners within the broader Indo-Pacific strategic construct.