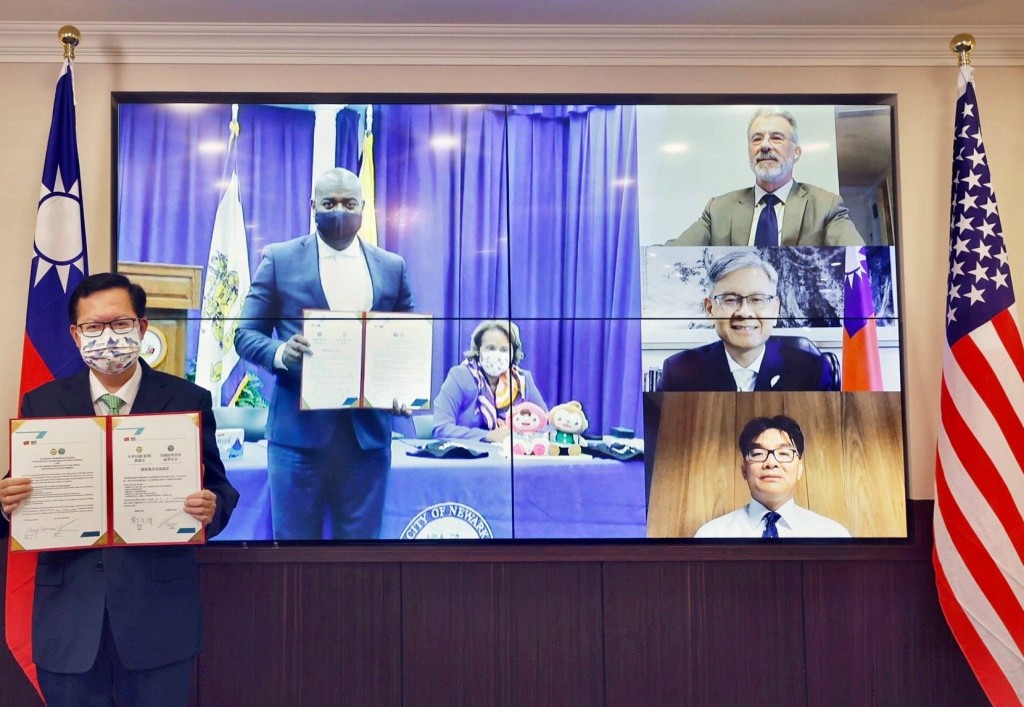 Taoyuan City Mayor Cheng Wen-tsan (鄭文燦) said in a Facebook post that he met virtually with Newark Mayor Ras J. Baraka at 6 a.m. on Tuesday to hold a sister city agreement signing ceremony. Cheng said he is glad to be able to form an alliance with Newark, pointing out that Taoyuan and Newark are both international transportation hubs and have industrial advantages in aviation, shipping, warehousing, and logistics. He also suggested the possibility of direct flights between the two cities in the future.

Cheng mentioned that the Taiwan-U.S. Trade and Investment Framework Agreement dialogue, which resumed in June, has let the two countries reach a consensus on many issues and established various committees, encouraging more exchanges. The Taoyuan mayor added that once the pandemic ends, there will be more bilateral visits and opportunities for cooperation between Taoyuan and Newark, particularly in tourism and culture.

Baraka said it is an honor to form a partnership with Taoyuan so that Newark has more friends in the Asian region. He thanked Taoyuan for choosing Newark as its first sister city in the eastern U.S. and welcomed the northern Taiwanese city to the Newark family.