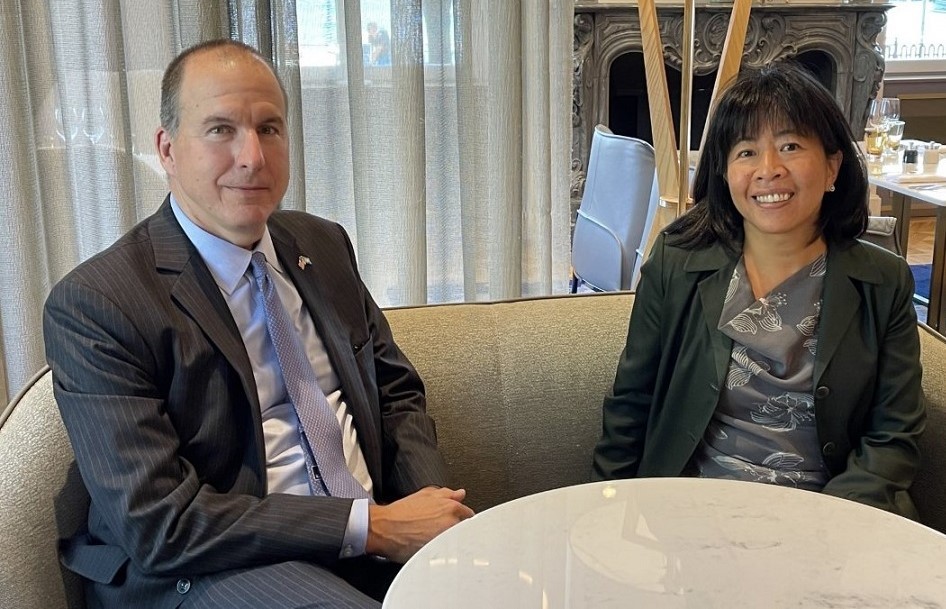 The Taipei Economic and Cultural Office (TECO) in Geneva revealed on Facebook that Su had talked to Moeling about how Taiwan and the U.S. can work together to face global issues and challenges. The American diplomat also shared his experience of a previous posting in Taiwan.

TECO said it was happy to witness firsthand Taiwan’s “extensive and growing" partnership with the U.S. and that it looks forward to further strengthening its work with the U.S. Mission in Geneva.

The U.S. Mission in Geneva tweeted a similar message, saying Moeling met with Su and talked about “Taiwan’s contributions to multilateral cooperation, including on global public health and pandemic response.” The office added that Moeling is eager to collaborate with his Taiwanese counterpart in the future “on a full range of issues.”

Meanwhile, the China Mission in Geneva responded to the meeting by calling on Washington to “halt all official interactions with the Taiwan region” and insisted that Taiwan’s participation in international organizations must be in accordance with the “one-China” principle. It said that Beijing “firmly opposes all forms of official interactions between the U.S. and the Taiwan region of China” and urged the U.S. to follow the “one-China principle” and the three U.S.-China joint communiques.

Visits like these have been increasingly regular since the U.S. Department of State updated its guidelines for exchanges with Taiwan in April, encouraging more contacts between American and Taiwanese officials.

On May 25, the U.S. charge d’affaires in Japan met with his Taiwanese counterpart, while the American embassy in France invited the Taiwanese envoy in that country for lunch on May 1. On July 13, the charge d’affaires of the U.S. embassy in Hungary, Marc Dillard, invited Taiwan’s representative to the Central European nation, Liu Shih-chung (劉世忠), to his official residence, where they exchanged their views on issues of common concern.