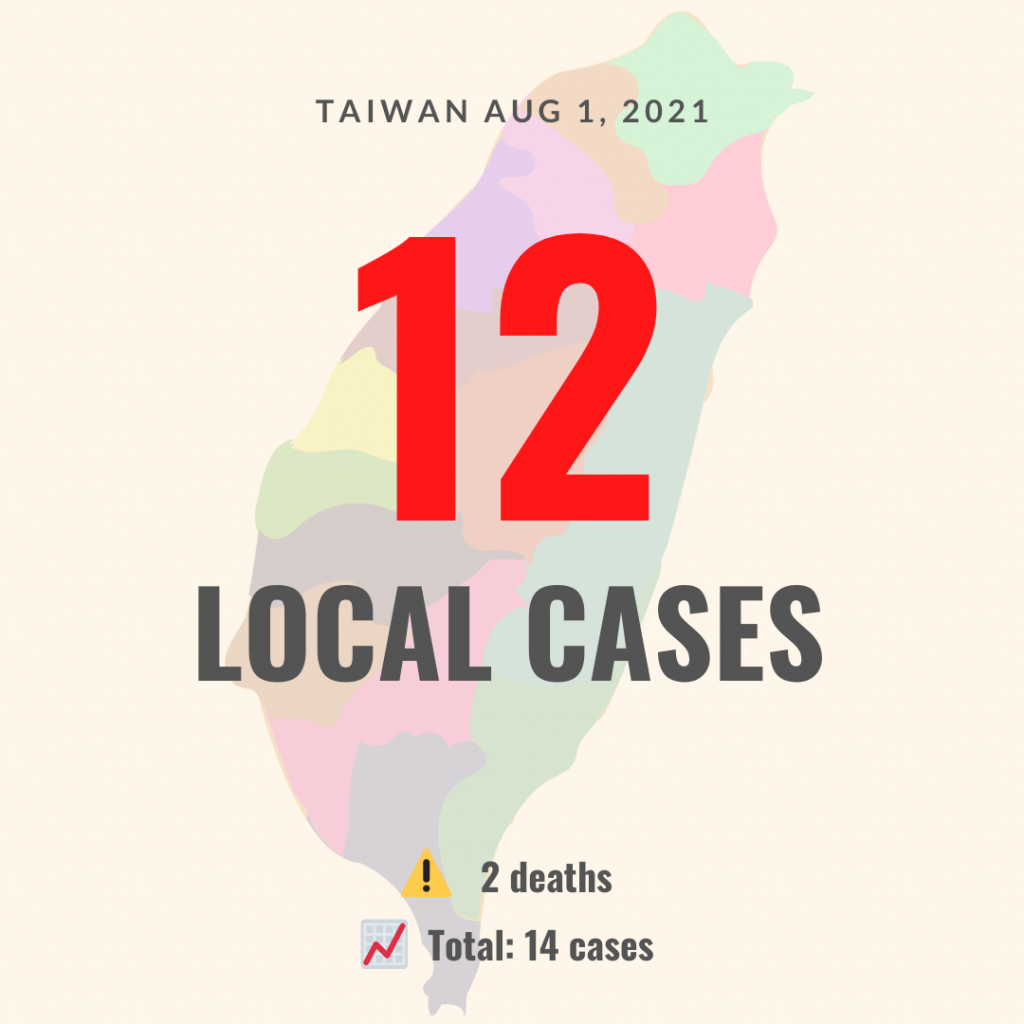 The CECC pointed out that of the 12 local cases, seven are male and the other five are female, aged between five and 70 years old. All began to suffer the onset of symptoms between July 23-31.

Eight of the local cases have known sources of infection, while the other four have unknown sources. New Taipei reported the most local cases at six, followed by Taipei City at four, and Taoyuan and Taichung at one each.

The two deaths announced Sunday were men in their 60s and 70s, both with chronic conditions.

Taiwan has so far reported 15,688 confirmed cases of COVID-19, while 789 people in the country have succumbed to the disease.