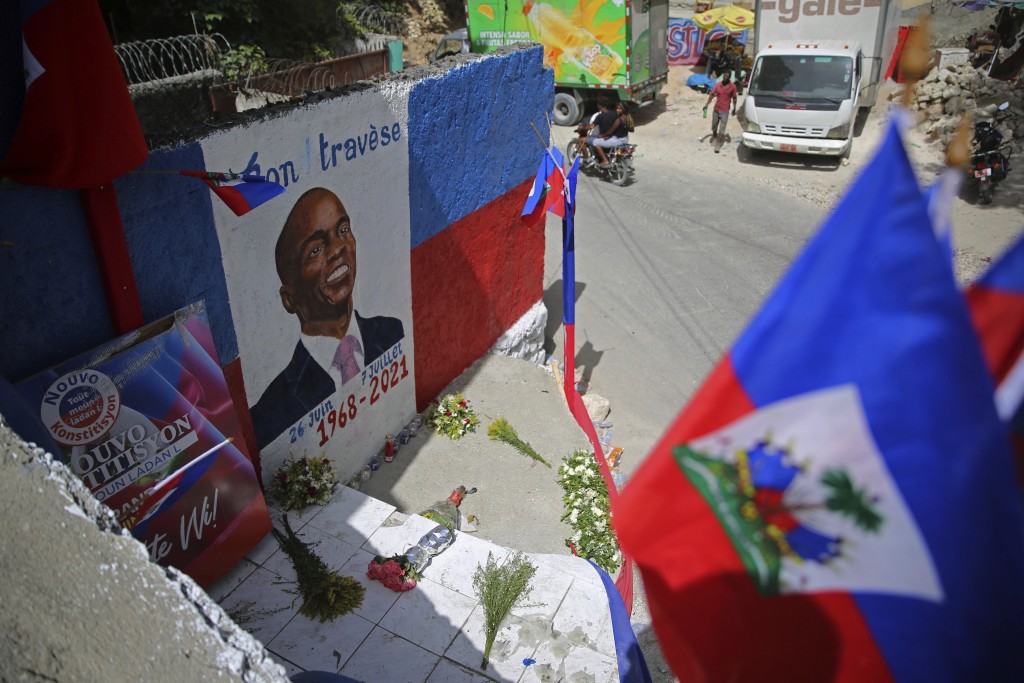 Haitian police on Friday outlined fresh accusations against a former Supreme Court judge over her links to the assassination of President Jovenel Moise earlier this month, saying she had met with some Colombian mercenaries accused of killing him.

The assassination of Moise has plunged the Western hemisphere's poorest nation deeper into chaos, and launched an international manhunt for mercenaries and the murder masterminds across the Americas.

Haitian police had earlier this week issued an arrest warrant for Wendelle Coq-Thelot, a former Supreme Court judge who was ousted with two other judges earlier in February when Moise alleged a coup was being planned against him.

Coq-Thelot's whereabouts are unknown and she could not be reached for comment.

Colombian mercenaries and Haitian-Americans arrested in the wake of Moise's murder said they had met Coq-Thelot, according to Inspector General Marie Michelle Verrier, the spokesperson for the National Police of Haiti.

"Several of them have indicated that they have been to Mrs. Coq’s home twice," Verrier told reporters. "These people gave to (police) details of documents signed during the meetings at Mrs. Coq's home."

Police have raided Coq-Thelot's main home as well as other residences in the countryside, Verrier said. A wanted poster for Coq Wandelle has also been launched.

Many questions remain over who was behind the assassination this month and how the killers gained access to the president's home. Haitian officials blamed a squad of mostly Colombian mercenaries, three of whom were killed by police.

A top Moise security official was arrested on suspicion of involvement on Tuesday.

Earlier in the day, Colombia called on Haiti to guarantee the legal and medical rights of 18 Colombians detained on the Caribbean island for alleged participation in Moise's assassination.