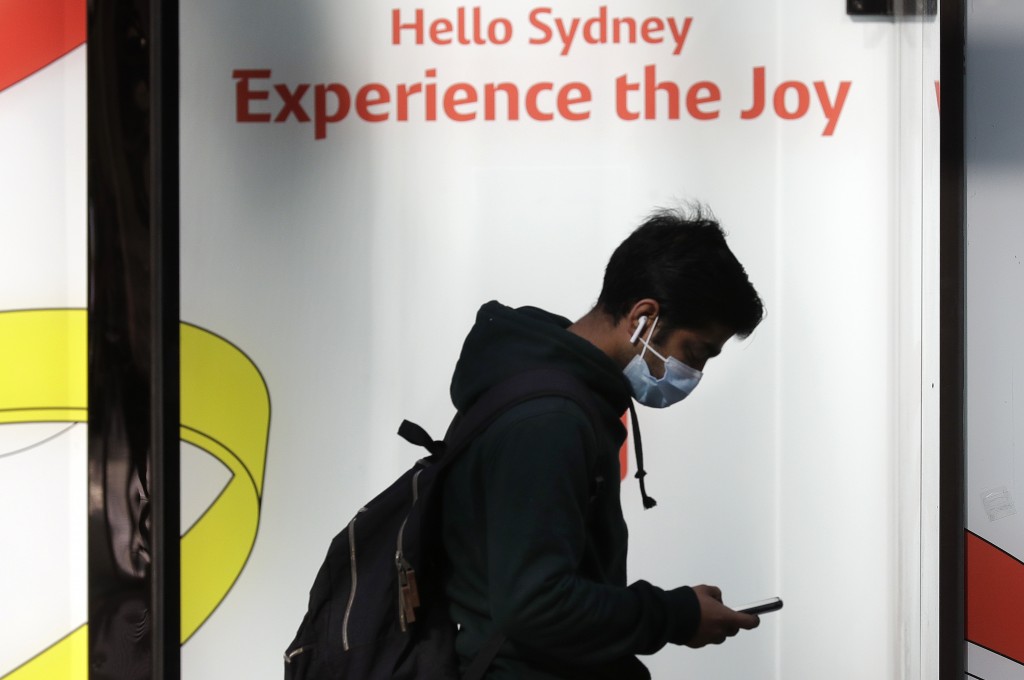 There were 210 locally acquired cases of COVID-19 reported in Sydney and vicinities that are under a weeks-long strict lockdown while battling an outbreak of the highly infectious Delta variant. Saturday's numbers bring the outbreak to 3,190 cases.

The lockdown, to last at least until the end of August, spurred violent demonstrations last weekend, with protesters vowing to return to the streets on Saturday.

But the police closed train stations, banned taxis from dropping passengers off downtown and deployed 1,000 officers to set up check points and to disperse any groups.

Australian media reported that the rally's organisers urged their followers on Saturday to avoid gathering and regroup on a later date.

A late-July poll by the NSW-based market research firm Utting Research showed that only 7% of the people support the demonstrations. Compliance with public health rules has been one of the key cited reasons behind Australia's success in managing the pandemic.

Despite its struggle with spikes of infections, mostly of the Delta variant, Australia has managed to keep its epidemic largely under control with a total of just over 34,000 cases and 924 deaths.

The country has struggled significantly with its vaccination rollout, with the government indicating on Friday it will be months before Australia's borders reopen.

In Sydney, there are 198 people in the hospital, 53 of them in intensive care and 27 requiring ventilation, NSW Health Minister Brad Hazzard said. There was also one death reported, bringing the total number of deaths in the outbreak to 14.

Parts of the neighbouring state Queensland entered into a three-day snap lockdown on Saturday after the state recorded six new coronavirus cases of the Delta strain, putting a number of football, rugby and other sporting events into a limbo.

"We have seen from the experience in other states that the only way to beat the Delta strain is to move quickly, to be fast and to be strong," the state's Deputy Premier Steven Miles said. "That is now the nationally agreed approach."