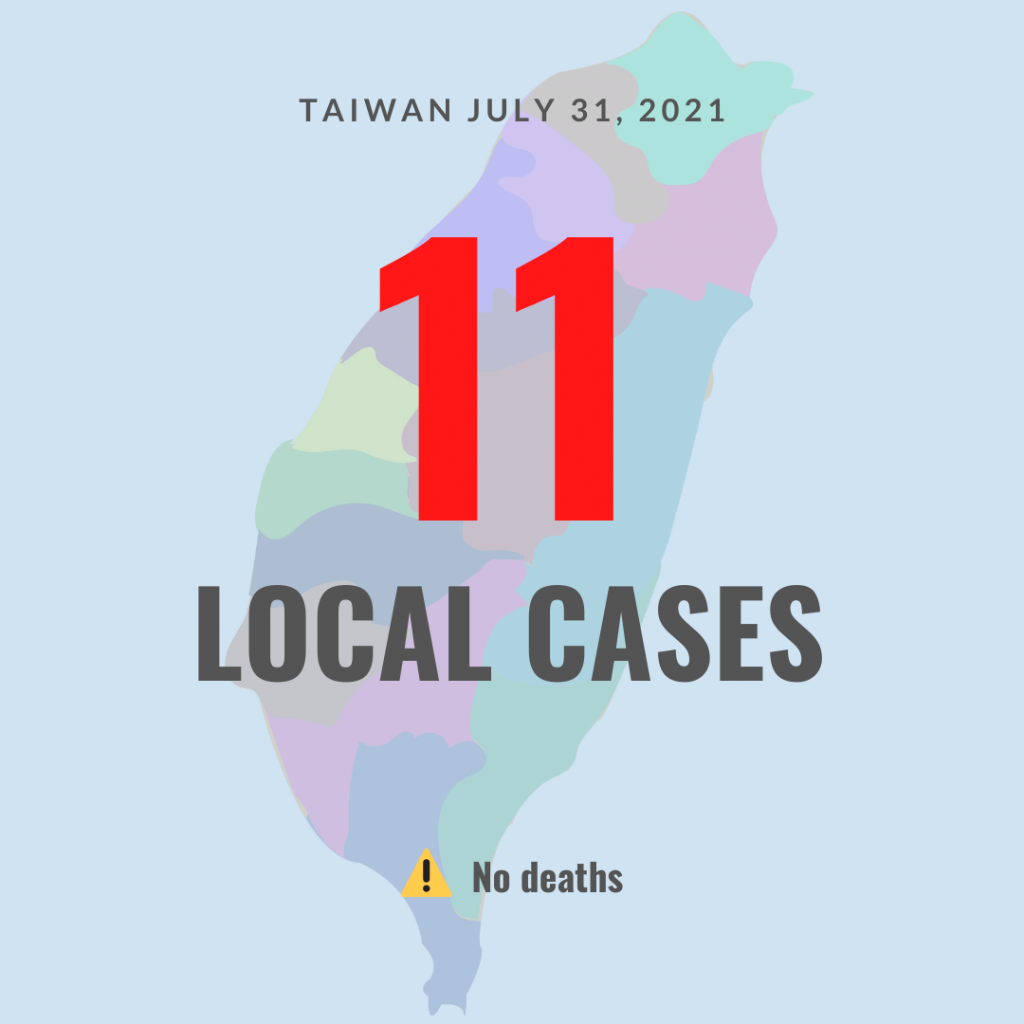 Six of the new cases confirmed Saturday were recorded in New Taipei City, with four in Taipei City and one in Chiayi County after a cluster at a local factory. Of the 11 new local cases, five were men and six were women, with ages ranging between 20 and 69, according to the CECC.

The only new imported case confirmed Saturday was a Thai man in his 50s who arrived in Taiwan in January to work as a sailor. His journeys took him to Russia and Indonesia before he returned to Taiwan on July 25.

When health officials boarded his ship on July 30, they found he had developed a fever and ordered a COVID test, which turned out positive Saturday. A total of 43 people listed as contacts were told to self-monitor their health, while 21 colleagues of the Thai sailor have to stay in isolation aboard the ship.

A total of 36 COVID cases originated from last year’s Taiwan Navy "Goodwill Fleet," two were infected on board a flight, one case was classified as unresolved, and 14 cases were put under investigation. A total of 108 earlier cases were removed from the list of confirmed cases.

The COVID alert was lowered to Level 2 on July 27, ending the Level 3 alert that was implemented May 19. At that time, the daily number of new local cases rocketed above 100 and eventually to more than 500 before falling to current levels.

The CECC on Saturday advised the public to stay home during the first weekend after the easing of restrictions instead of going out traveling.