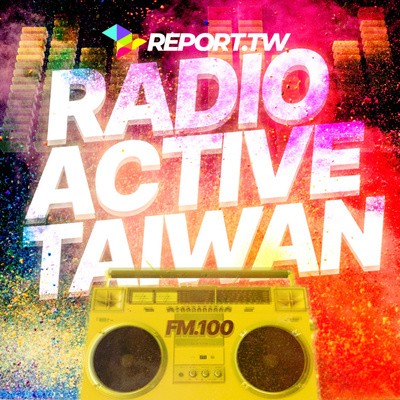 TAIPEI (Taiwan News) — A new podcast from the former staff of Taiwan’s ICRT (International Community Radio Taipei) during the late martial law era takes listeners back to when Chiang Ching-kuo (蔣經國) was president and radio was king.

The relevant backstory begins with the last U.S. soldiers leaving Taiwan in 1979, when anyone who lingered in the country and had a taste for Western pop, jazz, or classical music was left in the lurch. The American Forces Network Radio Taiwan (AFNRT) pulled out with the rest of the U.S. military, abandoning audiences to hear only the broadcasts of the martial law government.

Appalled by the choices left on the dial, the American business community petitioned the Taiwan government to restore some kind of listenable station. Before long, with the help of the American Chamber of Commerce in Taipei, ICRT was born. The new station moved into the old AFNTR studios at the former U.S. military base on Yangmingshan.

Over the ensuing years — especially in the ‘80s and early ‘90s, when it was the only private radio station in the country — ICRT played a low-key role in Taiwan’s liberalization, pursuing stories that were too hot to handle for local media while at the same time setting up concerts with the likes of Ray Charles and Stevie Wonder. At one point, the station had over 3 million daily listeners, including President Tsai Ing-wen (蔡英文) in her student days.

The Radioactive Taiwan podcast, spearheaded by DJ Rick Monday with assistance from newscaster Nicholas Gould, curates this overlooked history. The show was produced by sound engineer Gray Gleason and narrated by announcer Bobby Kong, with cameos from other veterans of ICRT’s heyday, such as station manager Craig Quick, the man credited with the vision behind the network.

“We did this project because in the last five or six years, we’ve had some really colorful people die without being recorded,” said Monday. He lamented that another ICRT alumnus, Diane Baker, had “agreed on a Monday night and had a heart attack on a Thursday morning.”

Monday was on active duty with the U.S. military in South Korea when he heard about openings at ICRT and applied: “(Quick) told me his vision. He goes, ‘I want to bring 100% Top 40 American radio like it’s never been done to Taiwan.’ And I just said, ‘Hell yeah.’”

“We got postcards from Russia, from China, Japan, Korea, and the Philippines each week,” the former DJ said. “We were live, speaking English, giving away tickets.”

“Most radio stations have one format, Top 40 or country or classical,” he said. “We had all of those formats, and so we bought all of this programming. We were the largest buyer of pre-recorded programming in the world.”

“The only concerts before ICRT were on the army base,” he added.

“That’s why the name is called ‘Radioactive,’” he said. “Any radio station you could listen to, but ICRT was a radio station that actually implemented things.”

ICRT also pioneered aspects of political news coverage in Taiwan, having set up the first broadcast encounter between the Democratic Progressive Party (DPP) and the Kuomintang (KMT). The event was a discussion between Antonio Chiang of the DPP, who had been involved in underground political publishing, and a KMT representative.

The meeting was set up by Nicholas Gould, the host of a weekly show called “Issues and Opinions” that ran from 1985 to 1994. Before Gould, the station had tended to read newswire pieces on the air. After his arrival in the mid-1980s, ICRT began to increase its original reporting.

At that time, there were a series of mine accidents in the country. On one occasion in late 1985, Gould and a colleague hopped in a car to go report on the latest of these disasters:

“We drove out there, I worked my way through the police lines, I was fortunate there were American consultant engineers trying to help with the rescue effort. So I went back to a payphone, I called the station.”

“That was ICRT’s first live local news report,” he said. “That was sort of the beginning.”

At first, the biggest concern was just finding material, but soon Gould realized, “You found controversy everywhere you turned in a myriad of different subjects.”

However, the main political and social turning point was environmental issues, specifically when it came to consumer protection, he said.

“There started to be demonstrations and protests against pollution and the encroachment on farm land by large factories … Cadmium poisoning was a big issue,” he said. "On the consumer rights front, there were these cases of people dying from fake salad oil. Unscrupulous businessmen were taking slop — garbage waste — and boiling it down and selling it off as salad oil.”

“There were civilian demonstrations, protests demanding the government take more action,” he said, “and then there were the non-governmental organizations.”

“All those things got civilians involved in government issues,” the newscaster explained. “Keeping Taiwan locked up under martial law was getting more and more difficult, more and more complicated as it started to make Taiwan less competitive in business.”

Eventually, after a sensitive interview by Gould with former U.S. Attorney General Ramsey Clark, a political handler from the KMT was brought in to monitor the foreign broadcasters at ICRT. As it happened, the impact of the policy change was limited, since the man was genial and spoke little English.

However, one time the station did suspend Gould for his interview with an Irish priest, Neil Magill, who had been deported from Taiwan for labor organizing. Despite this, Gould was quick to emphasize he never felt physically unsafe, while local journalists were at much greater risk during the martial law era.

Nevertheless, the station must have taken risks that proved helpful to local counterparts.

Many years after the fact, an expression of gratitude was offered to Craig Quick by a former head of the Broadcasting Corporation of China (Taiwan), who thanked Quick for his work during the martial law era, when ICRT's reports gave the network cover to improve its own journalism.

Note: The “Radioactive Taiwan” podcast is competing in the People’s Choice Awards, where it is the only podcast from Taiwan. To vote for the awards, readers can visit this website.