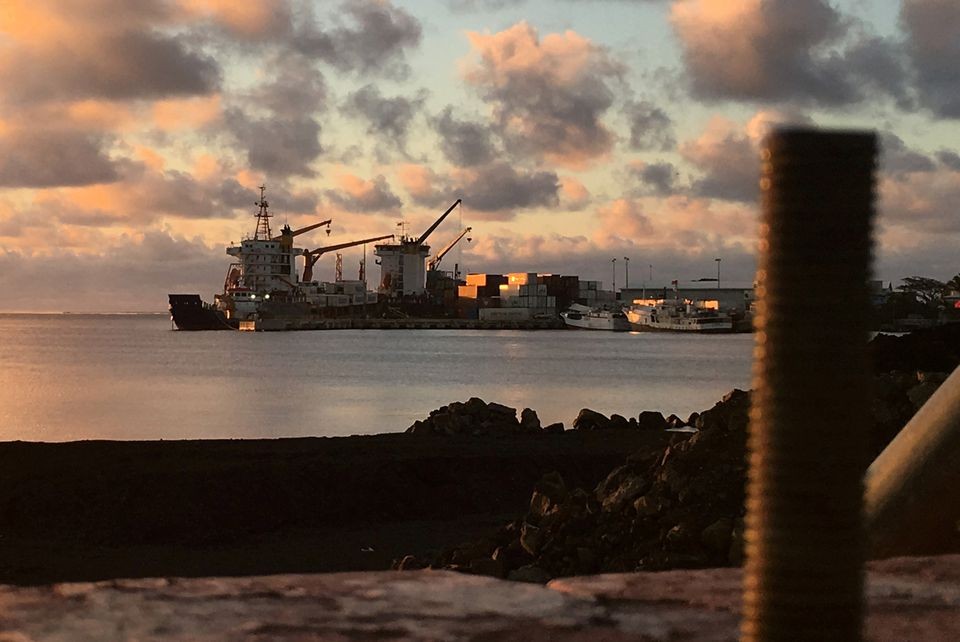 The new prime minister of Samoa has confirmed she will cancel a China-backed port project, but hasn't closed the door to China as she navigates a path for the Pacific nation against a backdrop of intensifying regional competition between Beijing and Washington.

Fiame Naomi Mataafa indicated she would only approve investments that had clear benefits for her country as she expressed doubts about the upside for the Pacific in being a pawn in a geopolitical tussle between the two superpowers.

Mataafa said China's interest in the Pacific had grown as the United States effectively "moved out" of the region.

"There seems to be a renewed interest in the Pacific, which may be a good thing, but not necessarily," Mataafa said in an interview over Zoom on Wednesday, days after her election was confirmed, ending a months-long political crisis.

Samoa, an island nation of around 200,000 reliant on subsistence farming, along with tourism, fish, coconut product exports and foreign remittance, has found itself exposed to external geopolitical jostling, as Washington and its allies respond to a more assertive Beijing in Pacific waters that have been largely uncontested since World War Two.

Any foreign involvement in critical infrastructure such as ports and airstrips are particularly sensitive, and China's proposed construction of a wharf in Vaiusu Bay had played a part in April elections.

Samoa's former leader, Tuilaepa Sailele Malielegaoi, promised to build the port with Chinese help for $100 million, after a similar project was deemed economically unviable by the Asian Development Bank.

Mataafa told Reuters in May, after her election but before taking office as Malielegaoi disputed the poll result, that she would scrap the project, calling it excessive for a small nation already heavily indebted to China.

China is the single largest creditor in Samoa, accounting for about 40%, or some $160 million, of its external debt.

"We've indicated that would not be a priority for us at this time and that there would be other areas that we would be more interested in," Mataafa told Reuters in an interview on Wednesday.

"I'm pleased the outgoing government had not reached a level of agreement with China where that is set in place."

China's Foreign Ministry said in a statement on Friday that China held preliminary discussions with Samoa on the feasibility of building the port at the request of the former government.

"China always adheres to the principle of mutual respect and consultation on an equal footing in conducting foreign cooperation," the statement said.

"We will continue to strengthen friendly exchanges and mutually beneficial cooperation in various fields with the new Samoan government in accordance with the above principles to benefit the two countries and peoples."

Mataafa said China had been a long-term partner and her government would assess the relationship in the same way it evaluates all of its bilateral relations.

"I think as a new administration coming in we will do that for China and any other partner that we have," she said.

"China just takes the forefront because of the nature of the work that's being funded. There's a lot of infrastructure, mostly building infrastructure which other donors don't do."

Mataafa was confirmed on July 23 as Samoa's first female prime minister, ending a political impasse in place since the April 9 disputed election. Malielegaoi had governed the Pacific island nation for 22 years, making him one of the world's longest serving leaders.

Mataafa said her government would focus on the national budget after the months-long deadlock as the coronavirus pandemic had devastated important industries.

Her elevation to the country's leadership was briefly frustrated by a law, ironically, designed to ensure greater female representation in parliament that led to attempts to add an additional member allied to her rival.

Mataafa said there were ongoing impediments to female participation in politics such as the practice by some villages to deny women chiefly titles, called matai, which is a prerequisite for entering parliament.

"Fundamentally our electoral system was premised on our traditional matai system," she said. "A move away from that would be to seemingly say we want to discard the traditional. What might be better to do is ... change peoples' perceptions of tradition."