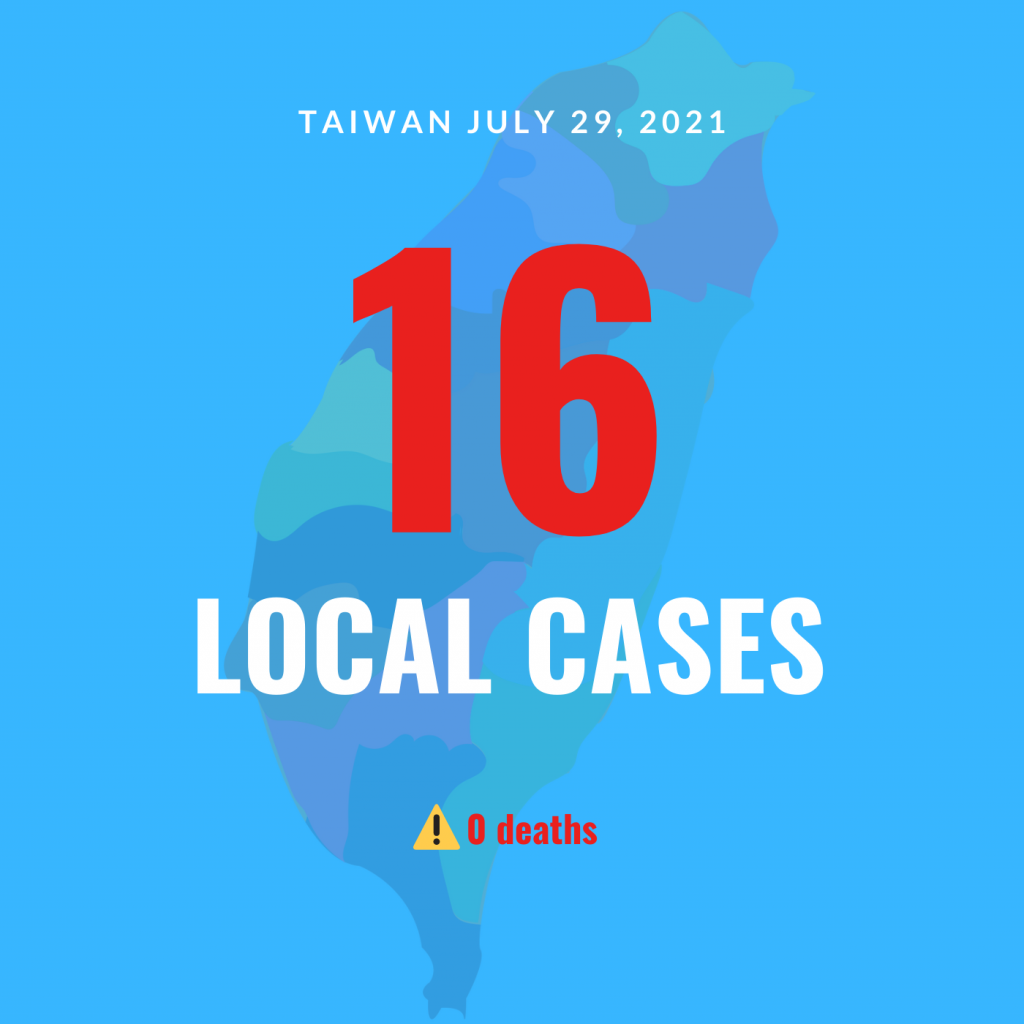 Health Minister and CECC head Chen Shih-chung (陳時中) that afternoon announced 18 new coronavirus cases, including 16 local and two imported infections. The CECC did not announce any deaths from the disease that day, leaving the COVID death toll at 787.

The latest local cases include 13 males and three females between the ages of 20 and 60, with the dates of symptom onset and testing ranging from July 25-28. As for the distribution of these cases, there were seven in New Taipei City, five in Taipei City, two in Kaohsiung City, and one each in Taoyuan City and Chiayi City.

According to Chen, case No. 15,738 is a Taiwanese man in his 30s who returned to Taiwan from the U.S. on July 27. A test taken at the airport came back positive for COVID-19 on July 29, prompting the health department to tell 15 passengers who sat in the two rows directly in front of and behind him to enter isolation.

Case No. 15,745 is a Taiwanese man in his 70s how has lived in Cambodia for a long period of time. He began to experience fever and shortness of breath on July 9 and was diagnosed that day with pneumonia, but was not hospitalized until July 19.

On July 28, he boarded an international medical emergency flight to Taiwan, where he was tested and place in a hospital isolation ward. He was diagnosed with COVID-19 on July 28 and the health department is currently conducting contact tracing in his case.