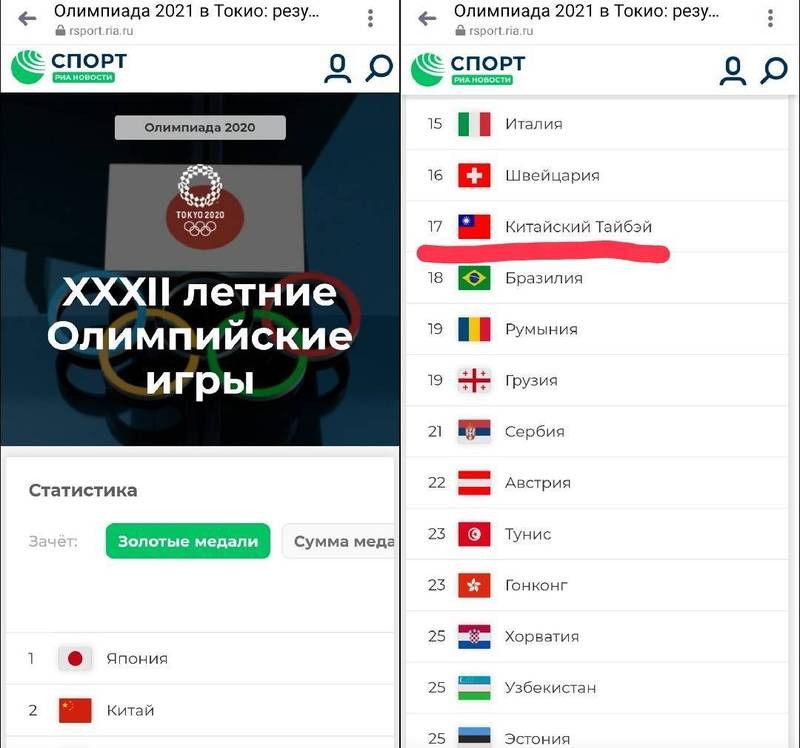 TAIPEI (Taiwan News) — A Russian state-owned media outlet is joining the growing list of international news agencies that have "rectified" the name for Taiwan or its flag in Olympic coverage.

Radio Free Asia cited Taiwanese-born Canadian citizen Charlie Wu (吳權益), who is managing director of the Asian-Canadian Special Events Association (ASCEA), as observing that many international media outlets have "rectified" the name for Taiwan in Olympic coverage. The latest example is Rusia's state-run RIA Novosti (РИА Новости), which instead of displaying the white plum blossom banner for Chinese Taipei, is showing Taiwan's national flag on its online medal table.

With a record six Olympic medals, including one gold, two silver, and three bronze, Taiwan is sitting at 19th place on the list. On the entry for Taiwan, the Russian site is correctly displaying Taiwan's national flag, but it is listing the Russian translation for Chinese Taipei (Китайский Тайбэй).

The move is notable given the fact that the news agency is owned and operated by the Russian government, which is in theory allied with China and abides by the "one China" policy. However, the editors of the website may be sympathetic to Taiwan's cause as Russia is being punished for its state-backed doping program by having its athletes compete under the acronym ROC (Russian Olympic Committee) and a modified flag with the Russian colors over the five Olympic rings. Like NHK, the New York Times is showing the Olympic flag while calling the country "Taiwan." France's L'Équipe goes a step further by both displaying Taiwan's national banner and referring to the Olympic team as Taiwan on its medal chart.

During its live broadcast of the opening ceremonies of the Tokyo Games, South Korean TV channel Munhwa Broadcasting Corporation (MBC) announced that "Taiwan athletes had entered the stadium," and an infographic on the screen displayed the Olympic flag, but used the name "Taiwan" to describe the country. 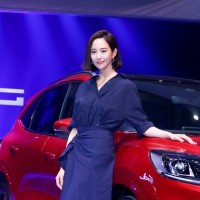