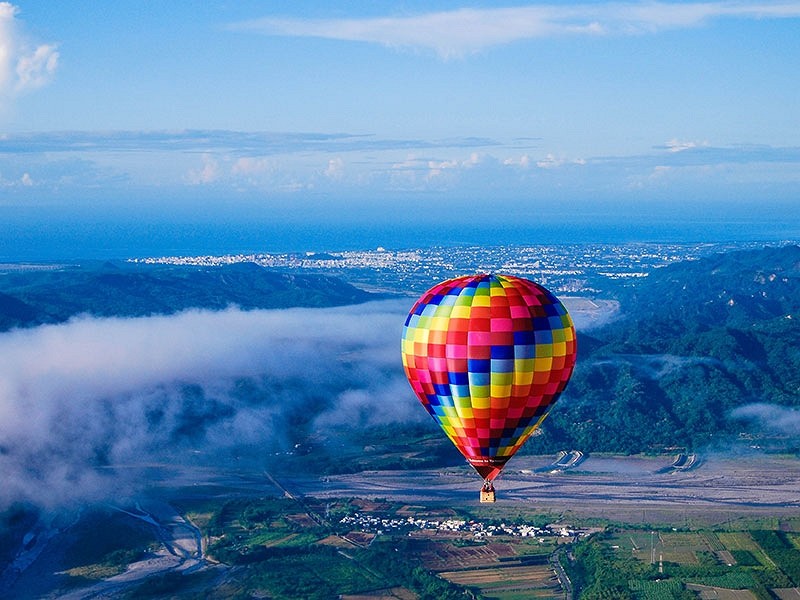 TAIPEI (Taiwan News) — A warm-up event on Thursday (July 29) for the popular annual balloon festival in eastern Taiwan was met with a local protest amid the COVID-19 pandemic.

Originally scheduled to take place between July 3 and Aug. 16, the 2021 Taiwan International Balloon Festival in Taitung has been postponed due to the coronavirus. When the event will kick off remains unclear, but the proposal to move it from the traditional site of Luye Highland to Chishang Township has enraged many locals.

The Taitung County Government held a “Fly for Taiwan” event at the Chishang Pastoral Farm Resort on Thursday morning, featuring the debut of some new hot air balloons. The organizers hope they will bring positive energy to the country emerging from a COVID surge during the past months.

However, some Chishang residents appeared unimpressed by the scene of the floating balloons, as they vented their anger outside the venue. A participant surnamed Lin (林) showed up with a petition letter, lambasting the government for “sacrificing Chishang” when Luye Township could reject hosting the fest over epidemic concerns, reported CNA.

The county government said they relocated the event because the resort has large open spaces and that it would be easier to implement epidemic prevention measures, wrote Liberty Times. The event, which typically draws over a million visitors, was selected as one of the top 12 Amazing Hot Air Balloon Festivals by Travel Channel in 2018.