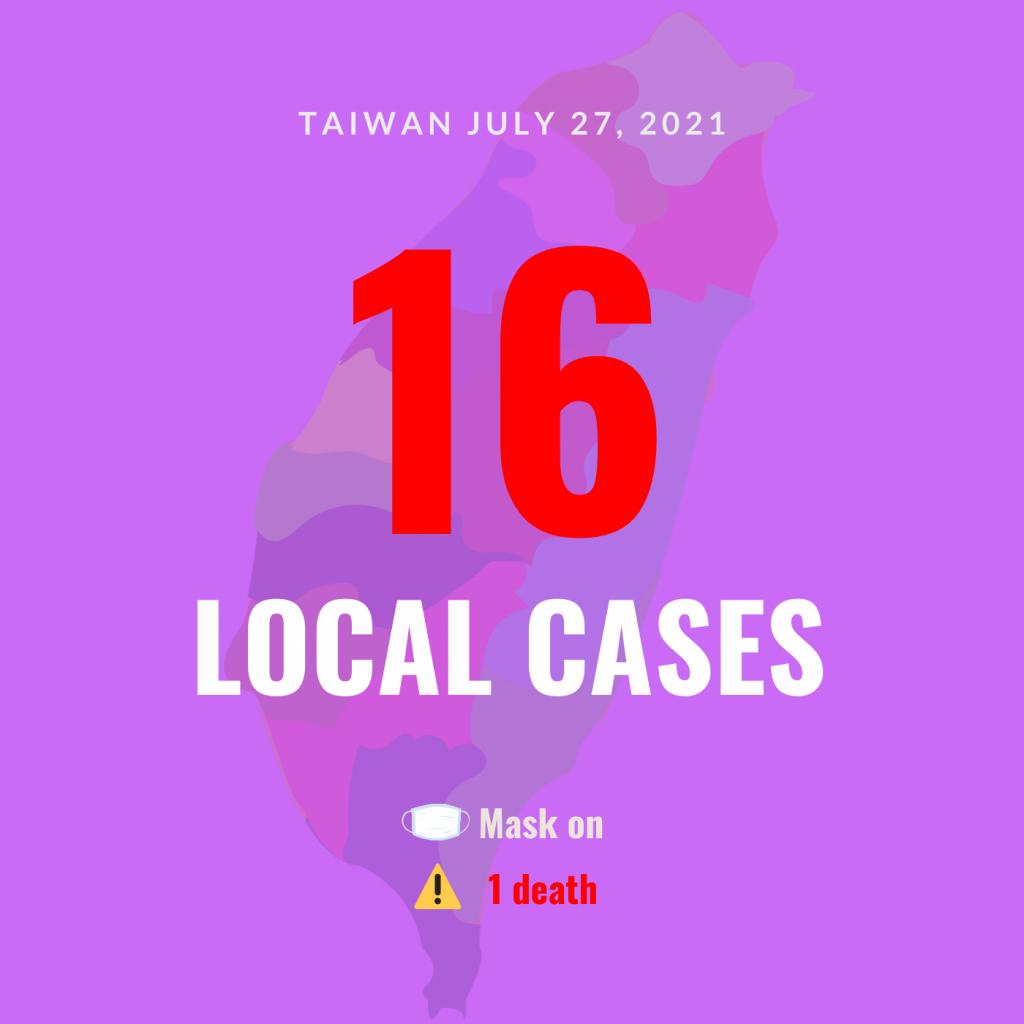 The latest local cases include 11 men and five women between the ages of 30 and 60, with the dates of symptom onset and testing ranging from July 14-26. As for the distribution of these cases, six were in Taoyuan City, five were in Taipei City, four were in New Taipei City, and one was in Hsinchu County.

Chen said the death reported on Tuesday, case No. 8,354, was a man in his 70s who had a history of chronic disease but had not come in contact with any known COVID case. On May 28, he experienced shortness of breath, and he sought medical attention on May 29, when he was admitted to a hospital.

Six passengers who sat in the two rows in front of and behind him on his flight have been listed as contacts and entered home isolation.

A total of 106 people have been removed as confirmed cases, while 14 cases are still under investigation. Up until now, 787 individuals have succumbed to the disease.