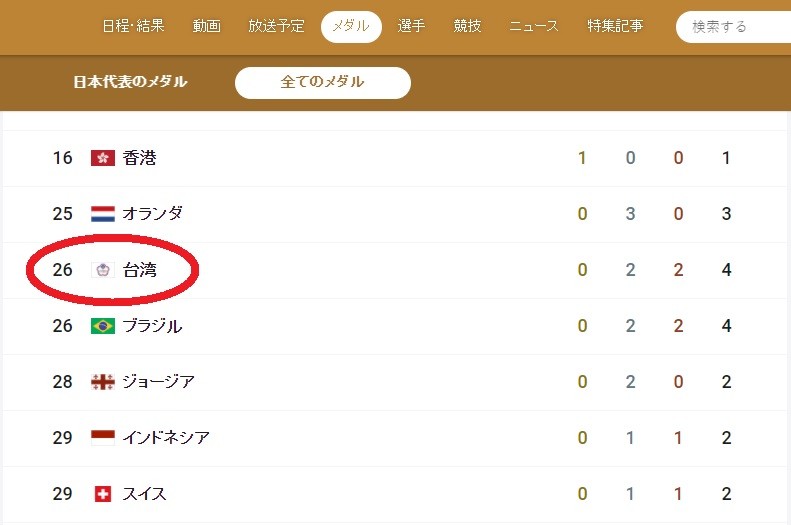 TAIPEI (Taiwan News) — China is accusing Taiwan of "playing little tricks" after Japanese broadcaster NHK made a couple of notable references to Taiwan during the Olympic games.

During the opening ceremony of the Tokyo 2020 Olympics on Friday (July 23), an NHK anchor introduced Taiwan's team as "Taiwan" instead of the obligatory "Chinese Taipei." In addition, as the country started to bag medals at the games, Taiwanese netizens soon noticed that NHK was listing the team as "Taiwan" (台湾) in Japanese Kanji on its website's medal table.

On Saturday (July 24), Taiwanese President Tsai Ing-wen posted a tweet in Japanese stating that no challenges can "reduce the power of sport and the value of the Olympics." She then thanked Japan for "making everything possible."

During a press conference on Monday (July 26), Beijing’s Taiwan Affairs Office (TAO) spokesperson Zhu Fenglian (朱鳳蓮) reiterated the communist country's claim that "Taiwan is part of China." She stated that this principle should not be challenged and alleged that "There is no way out by playing little tricks to seek 'independence' through sporting events. You can only reap the consequences." Zhu also insisted that Taiwan use the name "Chinese Taipei" and accompanying flag when participating in the Olympics in accordance with the "one China" principle and Nagoya Resolution. She said that this "Olympic Protocol" is a principle shared by international sports organizations and sports professionals on both sides of the strait.

Taiwan was not allowed back into the Olympics until the International Olympic Committee passed the so-called Nagoya Resolution in Nagoya, Japan, in 1979, dictating that Taiwan use the ambiguous name "Chinese Taipei" but not its national flag or anthem.