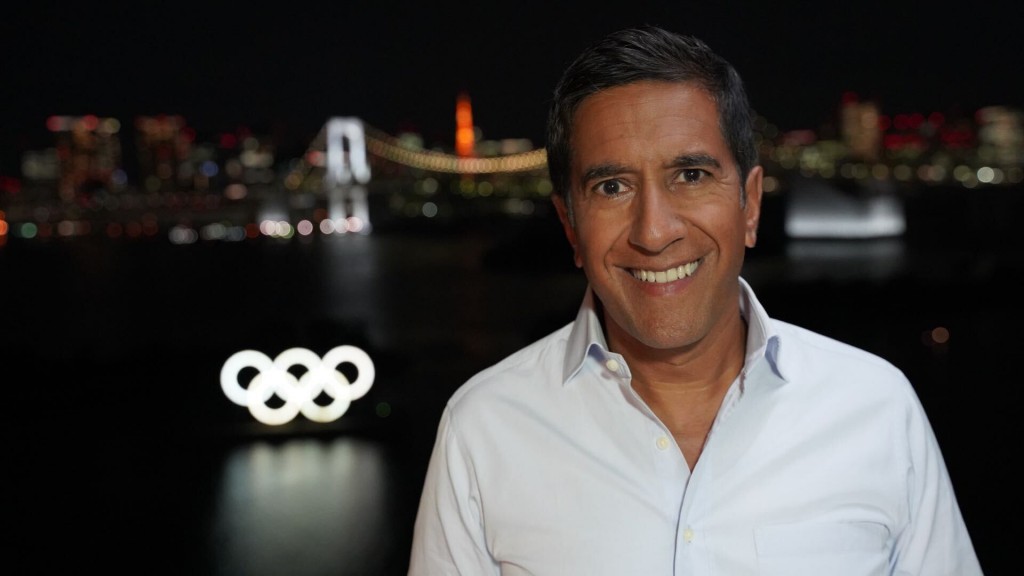 When I first told my medical colleagues that I would be traveling 14 hours to Tokyo, they looked at me with a bit of surprise, then hesitantly told me simply to "be safe." It is the same reaction I have often received when jetting off to cover a natural disaster, like the earthquake in Haiti, or a conflict, like the wars in Iraq and Afghanistan. This time, however, the mission was to report on how people from all over the globe would converge for the Olympic games in a city under a state of emergency due to the pandemic.

Even under the best of circumstances, planning to host the Olympic games is one of the most challenging logistical events on the planet. In the middle of an unfolding pandemic, it seemed nearly impossible.

But after postponing the games for a year, the Japanese government and the International Olympics Committee decided the show -- the games -- must go on.

And so they are -- but they're very different: strange and eerily quiet.

When I attended one of the first competitions, the women's soccer match between the United States and Sweden, there were only about 50 spectators allowed in the stadium built for 48,000. There was no traffic on the streets, no vendors, and no lines. There were handwashing stations, temperature checks and plexiglass partitions -- all of which probably make only a small difference controlling this particular virus. There was no proof of vaccination required either. The most effective measure was the absolute requirement for masks, which security diligently checked to make sure were properly fitted around our mouth and nose.

There was distant fan noise piped in and a smattering of applause after remarkable plays. The only time there was any significant noise was when a team scored. That is when the music blared -- so loudly it was as if they forgot to turn down the volume, given it no longer had to compete with the tens of thousands of cheering fans. During this match, that thunderous music played three times, every time for Sweden.

On the night of the opening ceremonies, it was a flurry to get into the stadium. Protests echoed from around the outside, but once I got in, the full beauty of architect Kengo Kuma's creation sunk in.

Majestic and perfectly placed under a delightful night sky, it was filled with years of past planning and future potential.

It was a caged animal raring to run. On its biggest night, the night of the Opening Ceremony, however, it is tame, quiet and slumbering. You could almost imagine all the amazing events it will contain, full of cheering voices and smiling faces. Just not tonight.

Still, that didn't take away from watching the athletes parade out country by country, waving to a nonexistent crowd, but still with smiles emitting from underneath their masks. Fireworks illuminated rows and rows of empty seats. It was a study in contrast. A public health emergency that was at the same time a mental health balm.

I think it's fair to say the pandemic has been giving the Japanese government and the International Olympic Committee a fair amount of heartburn since it first reared its head.

So Olympic and government officials devised a pandemic playbook to make the games as safe as possible -- even if they were always under threat of being cancelled outright.

All of these measures have not cleared the metaphorical cloud that continues to hang over the city as the world waits to see how this global event will fare in the face of a pandemic. The major question looming is: Will these now-small number of positive cases show that the protocols outlined in the playbook are working, or will the numbers spike up, underscoring the feeling that holding the Olympics was ill-advised in the first place? Only time will tell.