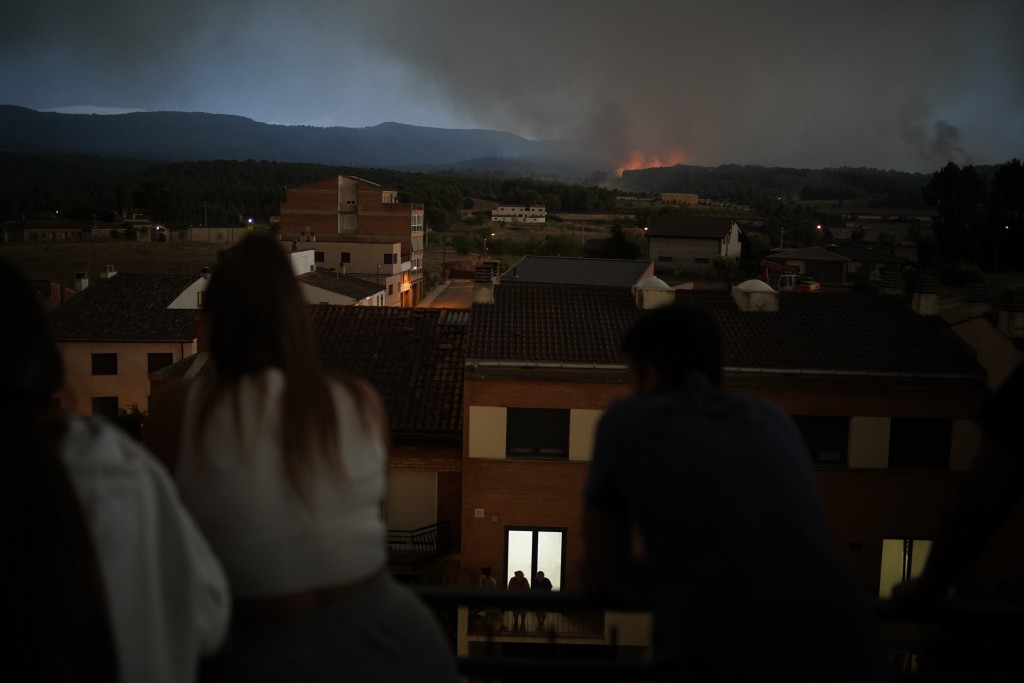 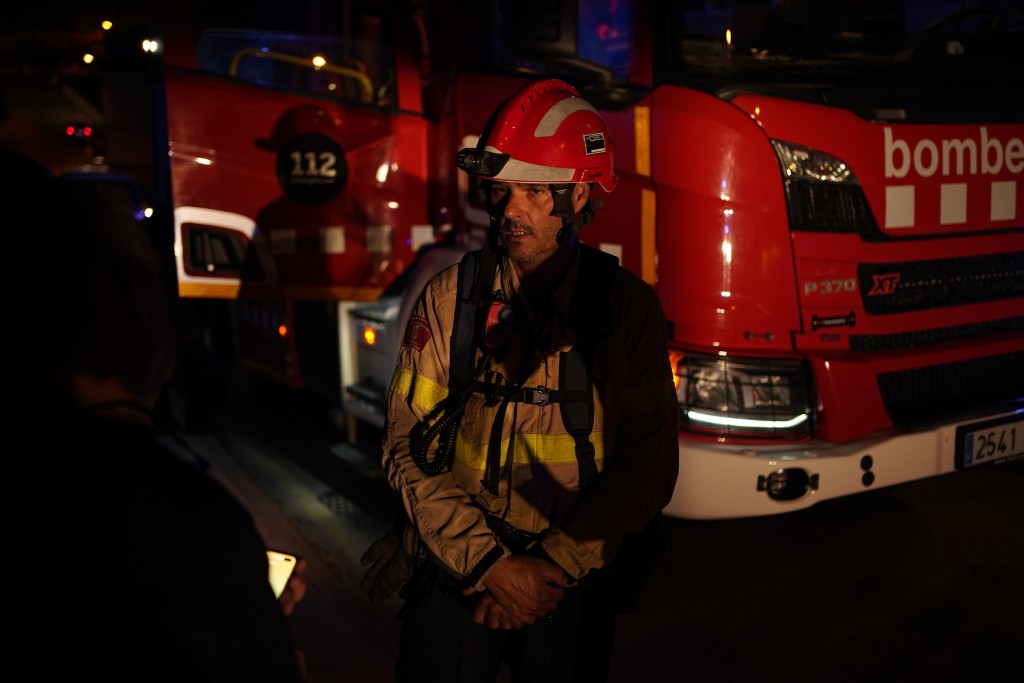 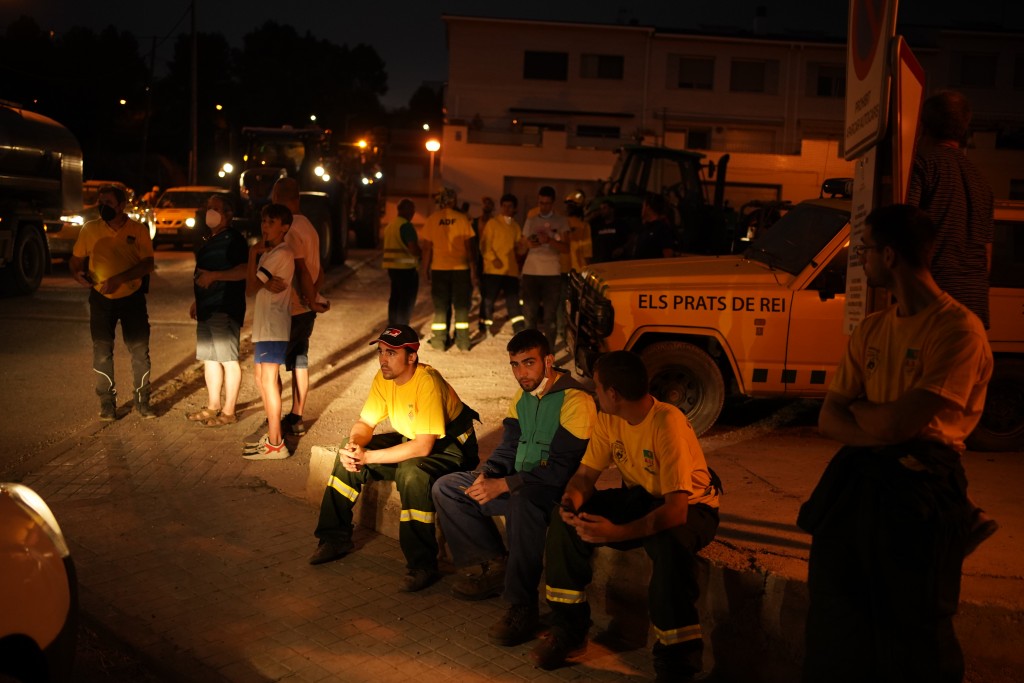 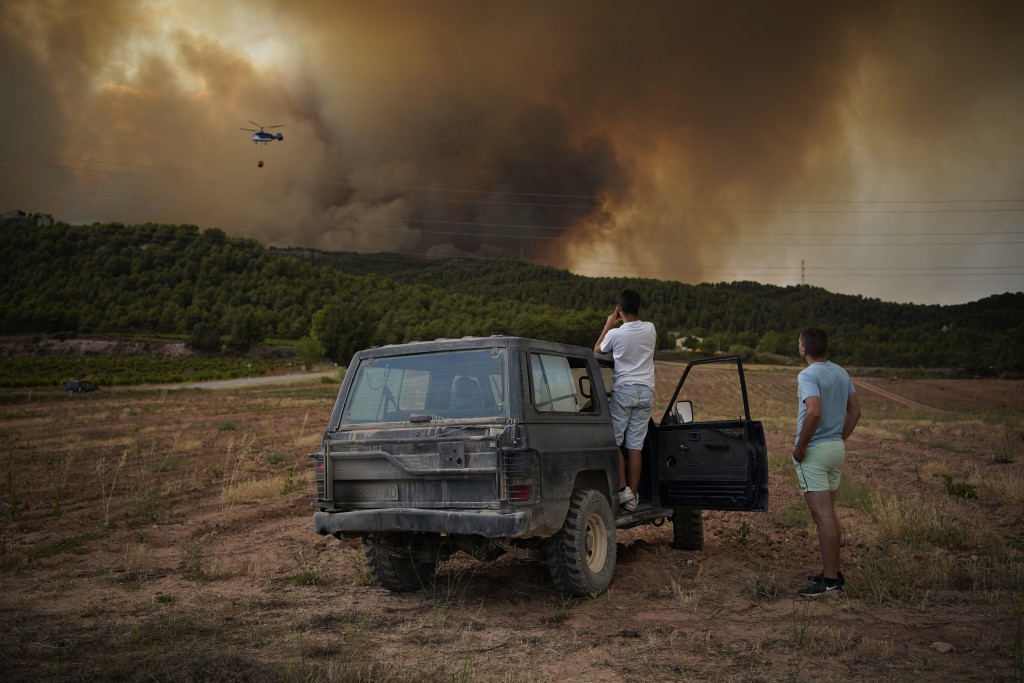 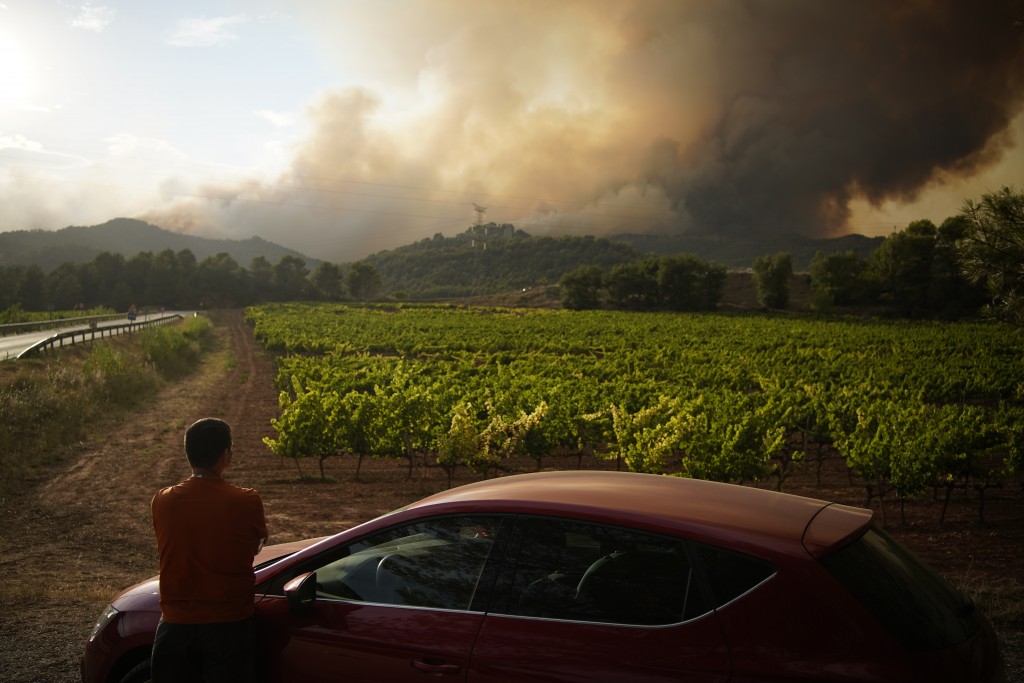 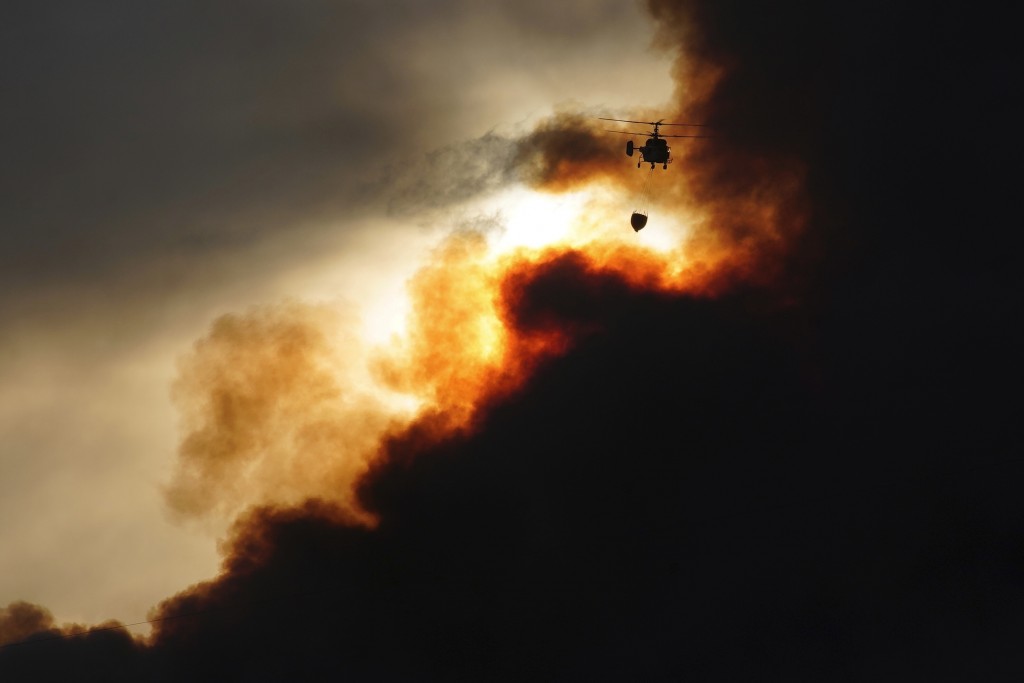 SANT MARTI DE TOUS, Spain (AP) — A soft rain is bringing respite to firefighters and Spain's army working to quench the flames in a major forest fire that has burned over 1,600 hectares (4,000 acres) in the northeastern Catalonia region.

Regional authorities say that flames fanned by high temperatures and strong winds had burned by Monday nearly 1,300 hectares of woodland — most of them in a protected natural area — and over 300 hectares of agricultural land since it started on Saturday evening.

The affected area, between the towns of Santa Coloma de Queralt and Sant Marti de Tous, is some 100 kilometers (60 miles) west of Barcelona.

Joan Ignasi Elena, the region's interior chief, said that emergency workers were hoping to bring the flames under control by the end of Monday.

He said that 90% of the fire was no longer expanding after more than 300 firefighters and members of a Spanish military emergency unit surrounded it. Planes and helicopters made runs to dump water on the burning hills.

Rain starting to fall in the area was also expected to help. Residents in two towns near the inferno had been ordered on Sunday to stay indoors but they were allowed out by the early hours of Monday.

Authorities are investigating the causes of the fire.

Forest fires are a recurring threat in Spain, like in much of southern Europe, every summer. At least half a dozen wildfires were fought over the weekend, including one in eastern Spain's Albacete province that was only brought under control after burning over 2,500 hectares.

AP reporter Aritz Parra in Madrid contributed to this report.