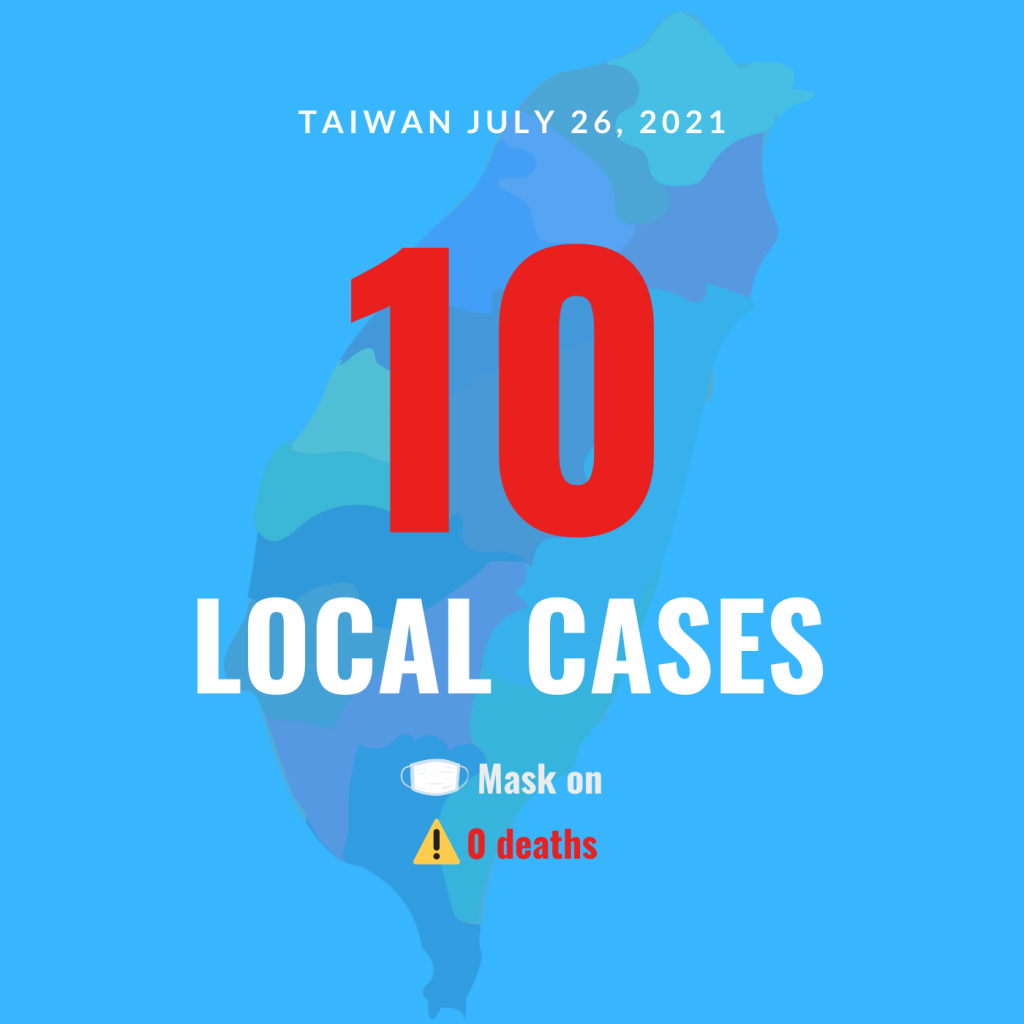 Health Minister and CECC head Chen Shih-chung (陳時中) that afternoon announced 11 new coronavirus cases, including 10 local cases and one imported infection. The CECC did not announce any deaths from the disease that day, leaving the COVID death toll at 786.

The latest local cases include seven males and three females between the ages of 20 and 70, with the dates of symptom onset and testing ranging from July 19-25. As for the distribution of these cases, there were four in Taipei City and three each in New Taipei City and Taoyuan City.

According to Chen, the sole imported case reported Monday, case No. 15688, is a Taiwanese man in his 50s who went to sea on June 22 and returned to the country on July 20. Although he tested negative for the disease, he was sent to undergo isolation in a quarantine center because seven crew members of his ship (case Nos. 15,576 to 15,581) tested positive for the virus.

On July 25, he began to experience an itchy throat, prompting health department officials to test him again for the disease. On July 26, he was diagnosed with COVID-19.

A total of 108 people have been removed as confirmed cases, while 14 cases are still under investigation. Up until now, 786 individuals have succumbed to the disease.

Of the 778 deaths from local infections, 391 were in New Taipei; 295 in Taipei; 27 in Keelung; 24 in Taoyuan; 14 in Changhua County; 11 in Hsinchu County; four in Taichung; three in Miaoli County; two each in Yilan and Hualien counties; and one each in Taitung, Yunlin, and Nantou counties as well as Kaohsiung. The eight other deaths were imported cases.