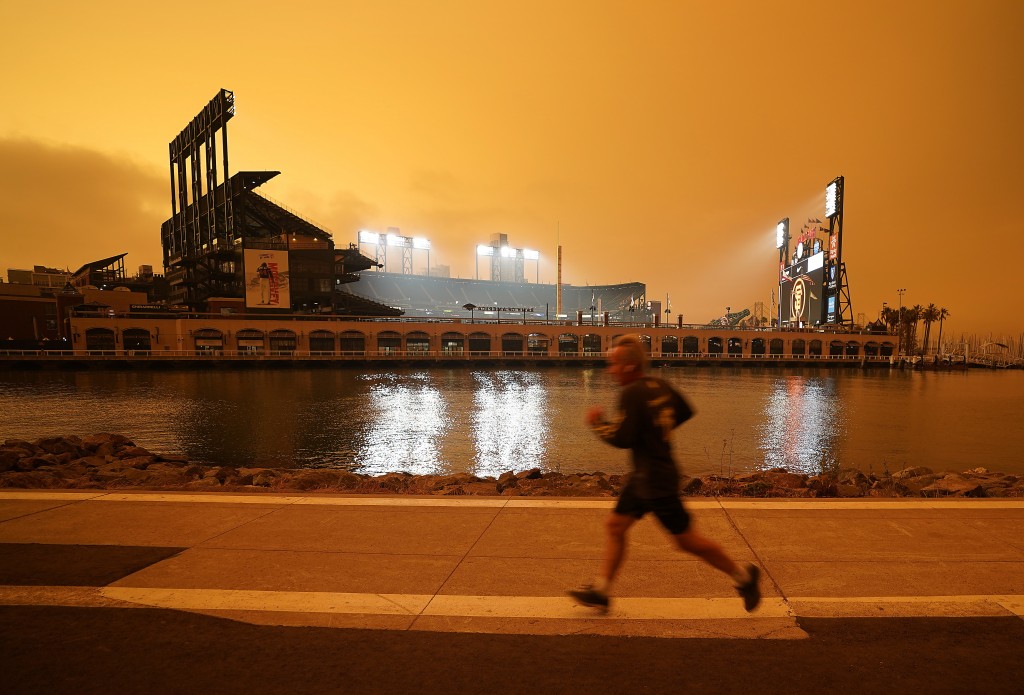 My two “achievements” at that time were the birth of my second daughter, Ellie, and my early efforts to convince the institution to redirect its research efforts from the Soviet Union to the rising threat the PRC posed to the U.S.

To that end, I invited the dissident Chinese astrophysicist Fang Lizhi (方勵之) to speak at Hoover. I had gotten to know him and his wife Li Shuxian (李淑賢) during the year they had spent in refuge in the U.S. Embassy in Beijing where I had served as their liaison officer, and I eventually accompanied them on a U.S. Air Force jet to freedom.

One of the two reasons I was returning to San Francisco was to see my daughter Ellie, who writes podcast scripts on U.S. history for the “American History Tellers” series produced by Wondery, now an Amazon company.

The second reason I was visiting was to get two doses of the Pfizer-BioNTech COVID-19 vaccine, which is still widely available for free throughout the city, and everywhere else in the U.S., even if you are a foreigner. I went to a pharmacy chain store three blocks from my hotel the morning of my arrival and got my first dose.

Unfortunately, 21 days are required before my second dose, but this is still better than Moderna, which requires 27 days between doses, a more expensive endeavor when you are living in a hotel, as I am.

Sadly, the news reports daily the number of Americans who still refuse to be vaccinated and the debate over what to do about it. One ready answer for me has been to send more doses to countries, especially Taiwan, that need them.

Fortunately, however, unlike Taiwan, there is no requirement upon arrival to stay 14 days in a specially designated quarantine hotel. To someone like me who knows nothing about epidemiology, these inconsistencies among countries are troubling.

Does Taiwan know something that the U.S. does not? Or perhaps it is simply the difference between a relatively small country on an island and a country that spans a continent where social controls are more difficult?

It is also strange that, although the U.S. does not offer free medical services to its citizens unless they are indigent, if you live and work in California, COVID-19 tests are free, whereas in Taiwan I paid NT$4,500 (US$160) for a test. Although I was informed over the phone by a representative of a local branch of a major U.S. pharmaceutical chain where I would be retested for COVID-19 as a prerequisite to re-entering Taiwan that I would have to pay for the test, it turned out I was not billed at all.

In contrast to Taiwan, this U.S. testing service was free. This appeared to me to be a rare exception, because almost everything else in Taiwan seems much less expensive. A fine dinner for two in San Francisco with a couple of drinks could easily run up a bill for US$300 to $400. While that is also possible in Taipei, it is rarer, and there are many more options available at lower cost.

Interestingly, the cost of meals in San Francisco’s Chinatown is generally more reasonable. I expect some other Asian ethnic cuisines would also be less.

Unlike Taipei, where taxis seem to be everywhere and are relatively inexpensive, taxis in San Francisco are rarely seen. They are cheaper than the ride services, which are far more expensive than in Taiwan. In San Francisco, I have hardly ever taken a Lyft that costs less than US$20.

This may change. A July 6 report in the San Francisco Examiner said the surge in rideshare prices was driving customers back to taxicabs. There is a Metro system, but it seems largely designed for commuters to and from the suburbs, and the city itself seems to depend more on buses.

Almost all my drivers have been immigrants — from Mexico, China, Bhutan, India, Yemen, and other developing countries. They all lived outside of San Francisco and complained about the cost of living in the city but seemed to welcome the opportunities the U.S. had afforded them and their families.

The same was true of most of the waiters, chefs, and hotel maids I met. It seemed to me that if former President Trump had had his way and stopped immigration, the service sector in the U.S. would die.

In fact, many of the restaurants, cafes, Starbucks, and other stores in the financial district where my four-star hotel is located remain closed or have had their hours curtailed by the pandemic. The nearby Ferry Building continues to attract residents and tourists alike, but the office tower streets adjacent to my hotel seem largely empty, possibly because most people continue to work from home.

When I arrived in San Francisco, the first blast of cold wind I felt was a reminder of the saying often attributed to the American humorist Mark Twain (inaccurately, according to Google): “The coldest winter I ever spent was a summer in San Francisco.”

However, when the clouds dissipate, the wind dies down, and you go for a walk in San Francisco’s beautiful and lovingly tended parks, the city is special indeed.

Meanwhile, I look forward to returning fully vaccinated to Taiwan, the beautiful island, a place I have called home for the last twelve years and which gives my life meaning and purpose. William A. Stanton is vice president of National Yang-Ming University. He previously served from August 2017 to July 2019 as a professor at the Center for General Education at National Taiwan University. Dr. Stanton previously worked for four years as the George K.C. Yeh Distinguished Chair Professor and founding director of the Center for Asia Policy at National Tsing Hua University (NTHU). From October 2014 through January 2016, he was also NTHU’s senior vice president for Global Affairs. Dr. Stanton previously served for 34 years as a U.S. diplomat. His final posting was as director of the American Institute in Taiwan (2009-2012).
William StantonCOVID-19vaccine
Tweet