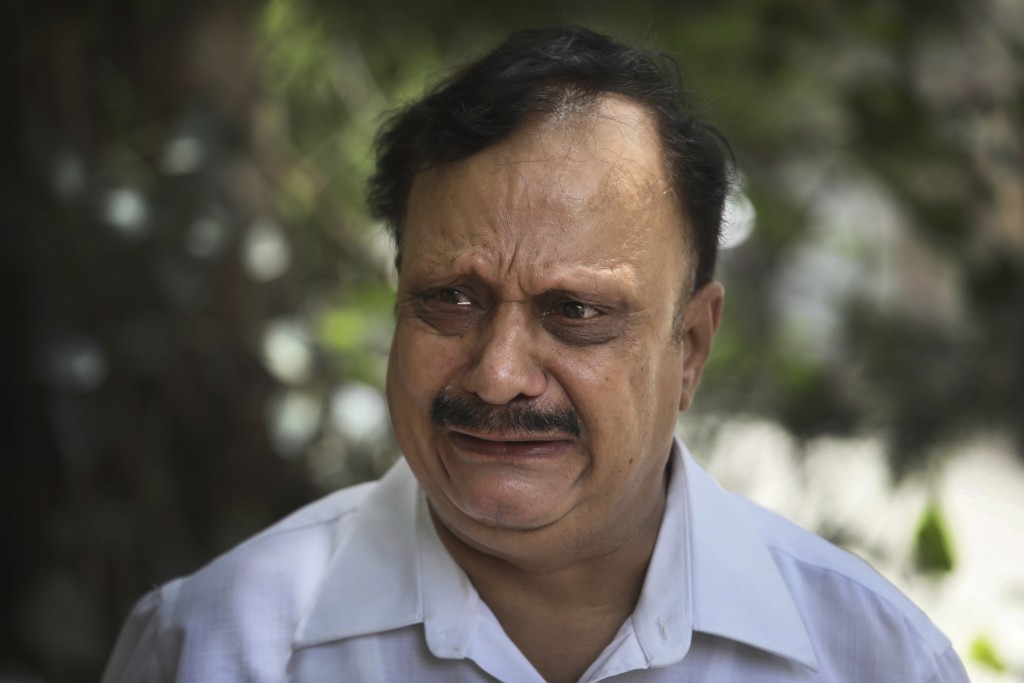 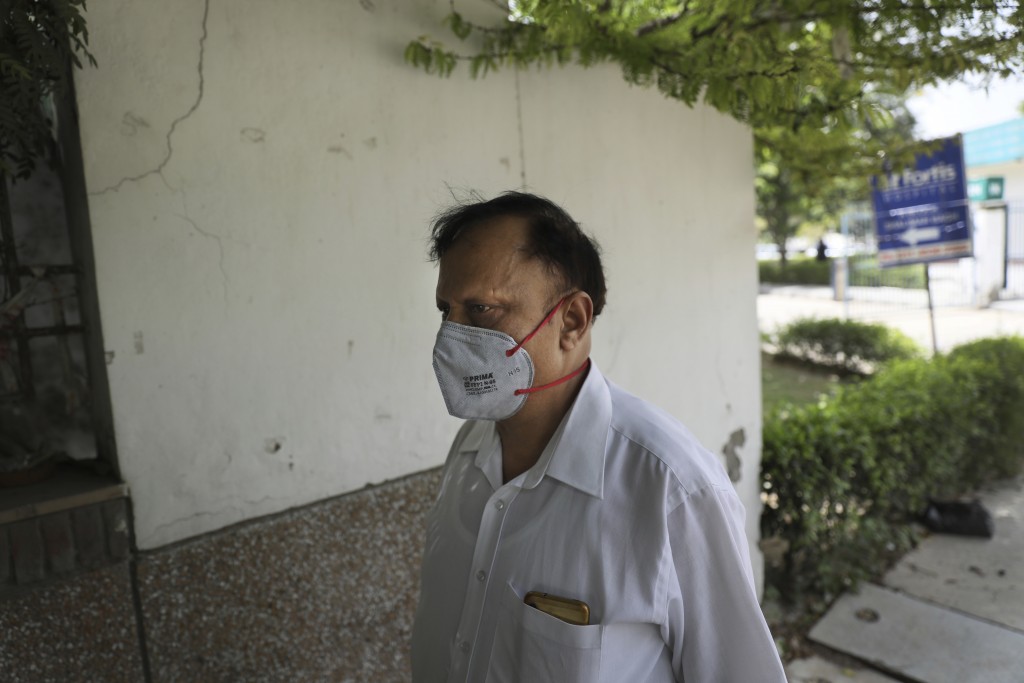 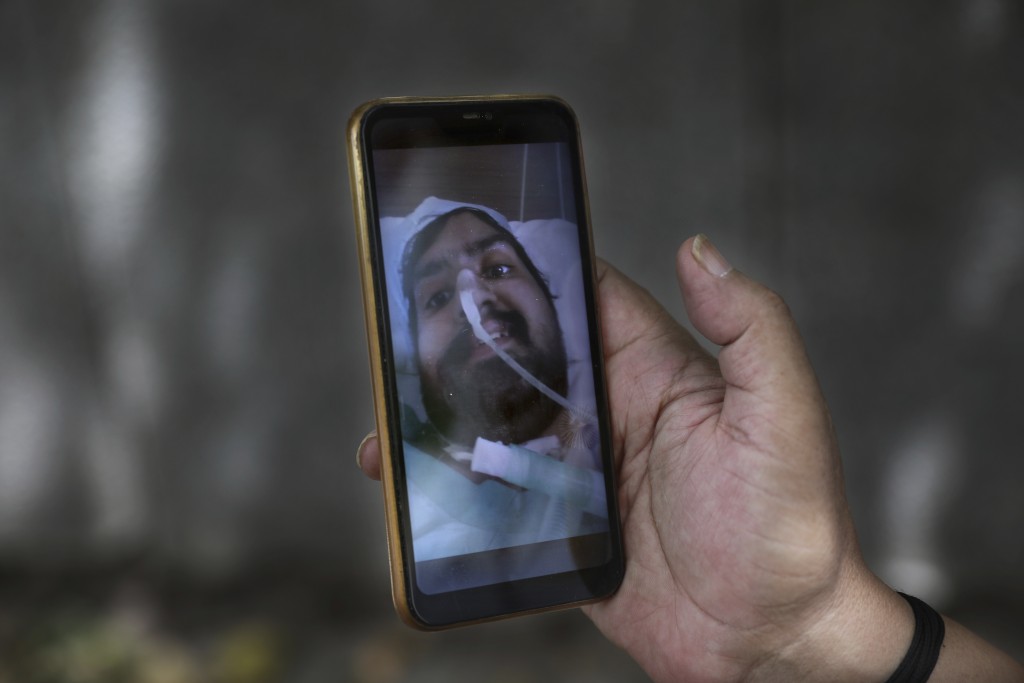 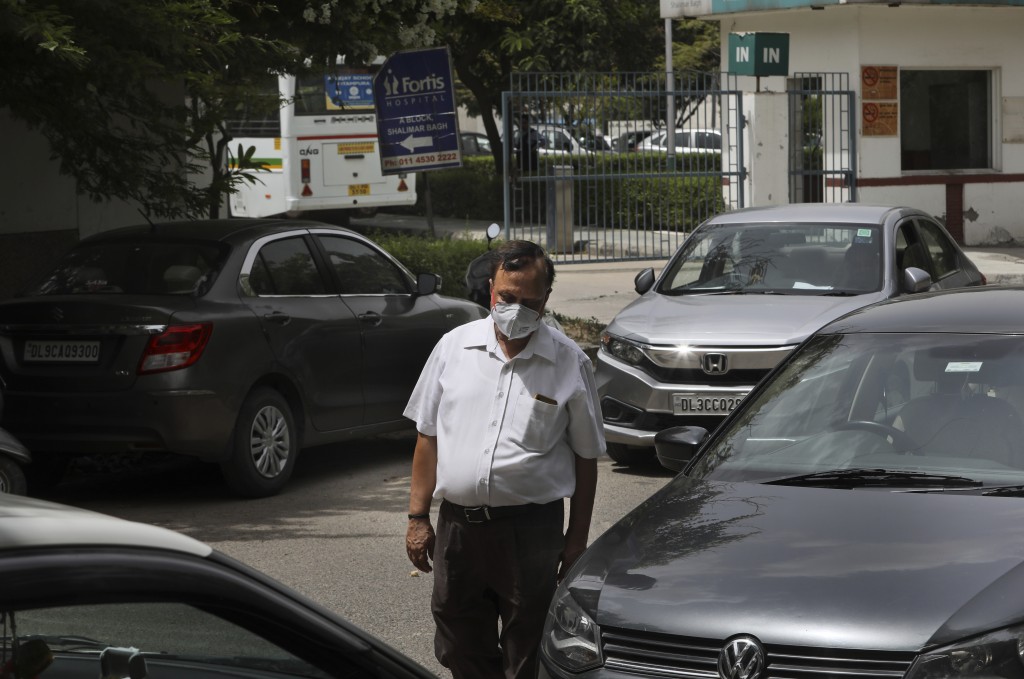 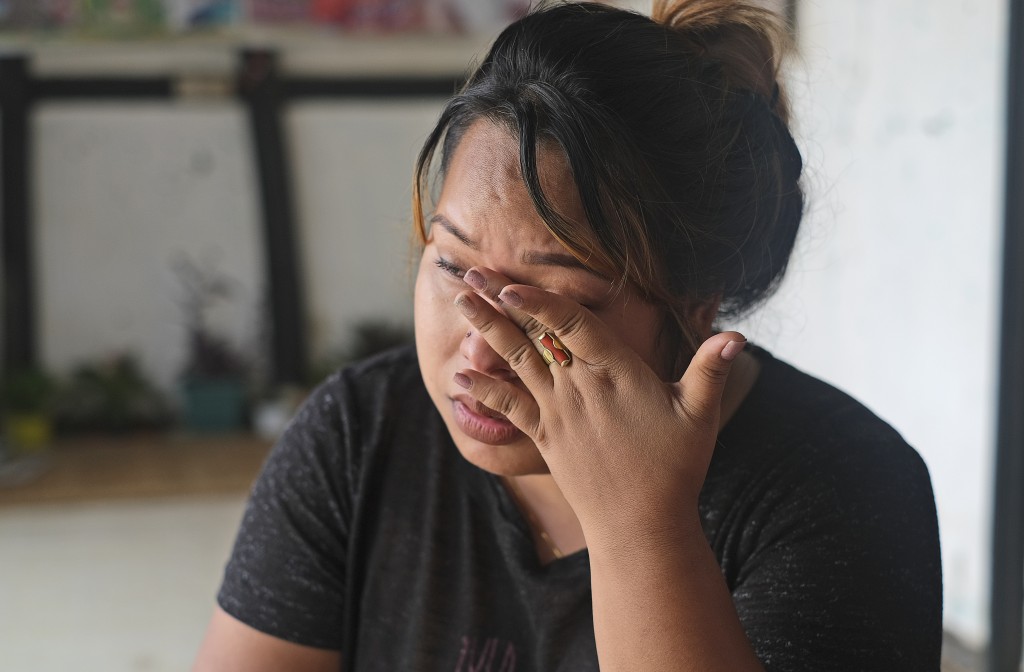 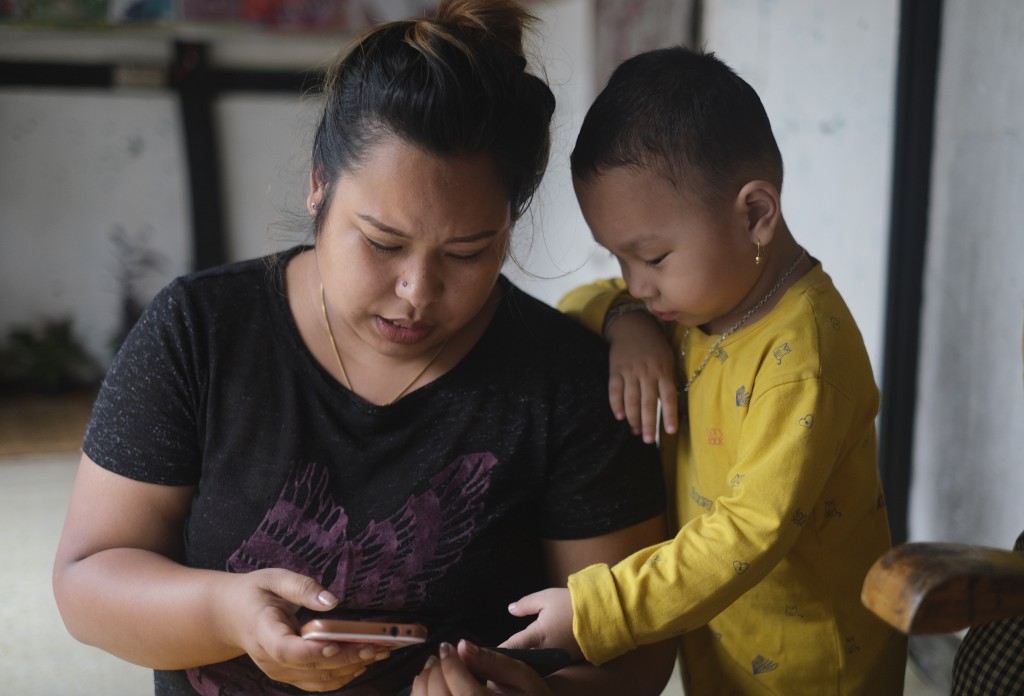 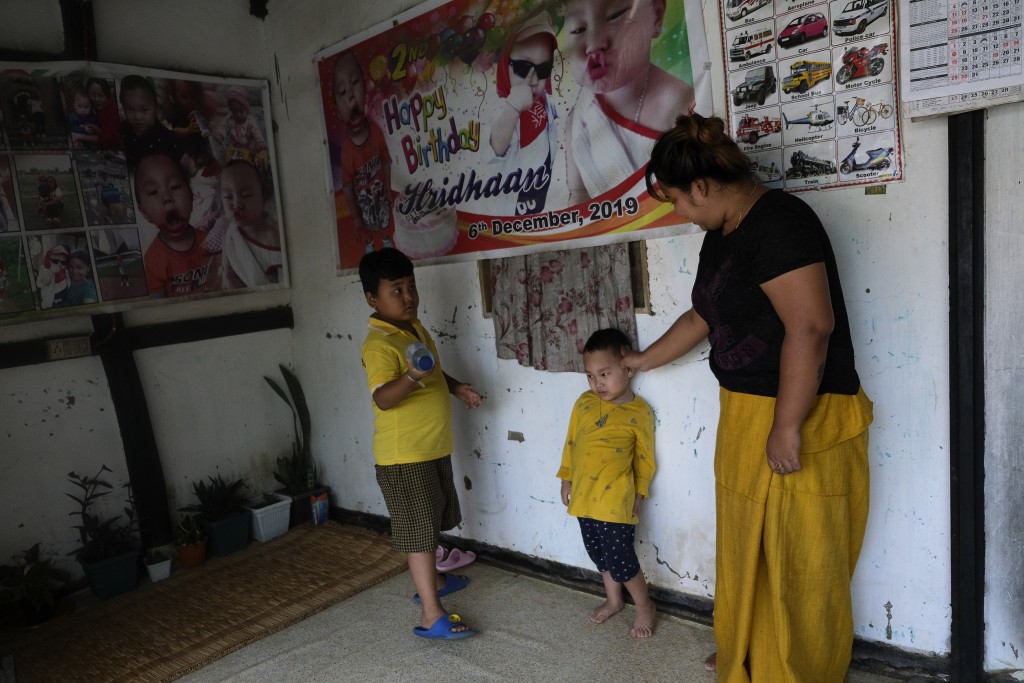 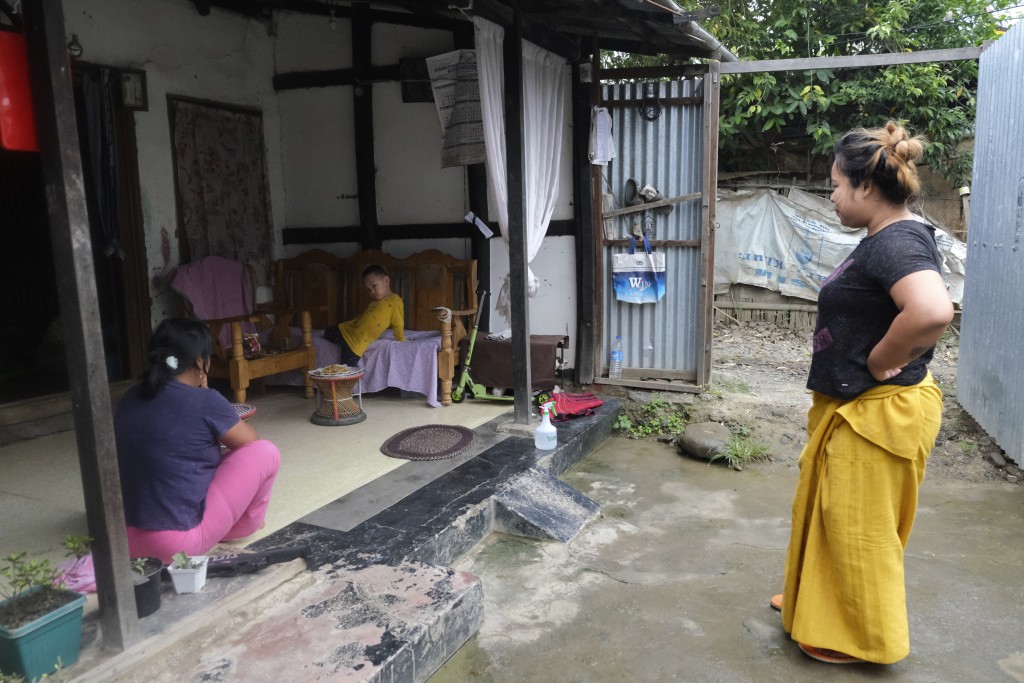 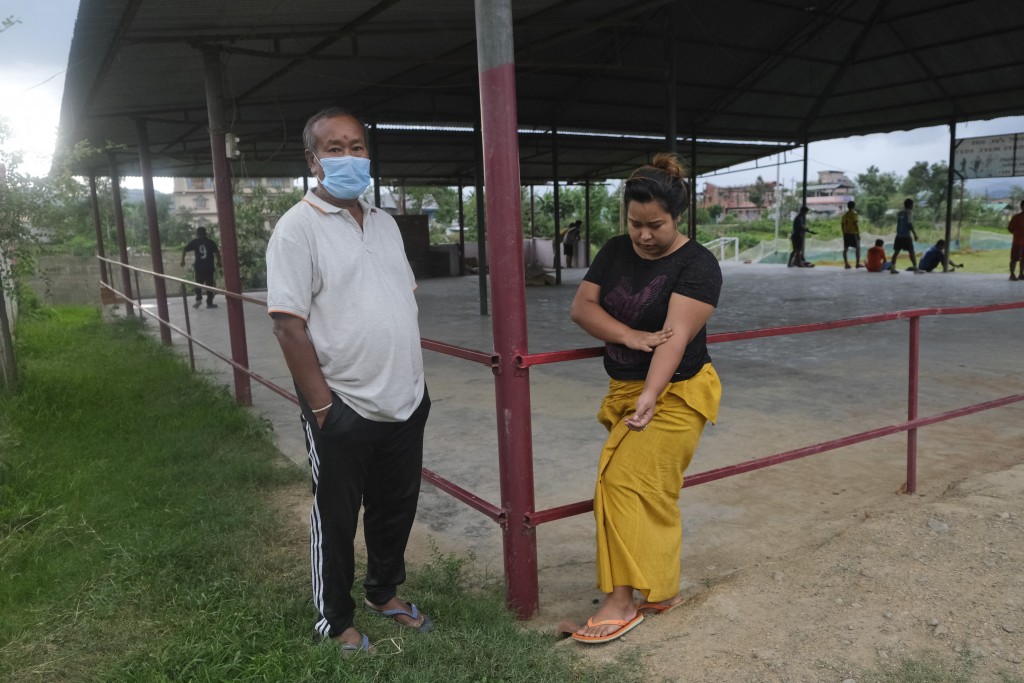 NEW DELHI (AP) — As coronavirus cases ravaged India this spring, Anil Sharma visited his 24-year-old son Saurav at a private hospital in northwest New Delhi every day for more than two months. In May, as India's new COVID-19 cases broke global records to reach 400,000 a day, Saurav was put on a ventilator.

The sight of the tube running into Saurav’s throat is seared in Sharma’s mind. “I had to stay strong when I was with him, but immediately after, I would break down as soon as I left the room,” he said.

Saurav is home now, still weak and recovering. But the family's joy is tempered by a mountain of debt that piled up while he was sick.

Life has been tentatively returning to normal in India as coronavirus cases have fallen. But millions are embroiled in a nightmare of huge piles of medical bills. Most Indians don’t have health insurance and costs for COVID-19 treatment have them drowning in debt.

Sharma exhausted his savings on paying for an ambulance, tests, medicines and an ICU bed. Then he took out bank loans.

As the costs mounted, he borrowed from friends and relatives. Then, he turned to strangers, pleading online for help on Ketto, an Indian crowdfunding website. Overall, Sharma says he has paid over $50,000 in medical bills.

The crowdfunding provided $28,000, but another $26,000 is borrowed money he needs to repay, a kind of debt he has never faced before.

“He was struggling for his life and we were struggling to provide him an opportunity to survive,” he said, his voice thick with emotion. “I was a proud father -- and now I have become a beggar.”

The pandemic has devastated India's economy, bringing financial calamity to millions at the mercy of its chronically underfunded and fragmented healthcare system. Experts say such costs are bound to hinder an economic recovery.

“What we have is a patchwork quilt of incomplete public insurance and a poor public health system. The pandemic has shown just how creaky and unsustainable these two things are,” said Vivek Dehejia, an economist who has studied public policy in India.

Even before the pandemic, healthcare access in India was a problem.

Indians pay about 63% of their medical expenses out-of-pocket. That's typical of many poor countries with inadequate government services. Data on global personal medical costs from the pandemic are hard to come by, but in India and many other countries treatment for COVID is a huge added burden at a time when hundreds of millions of jobs have vanished.

In India, many jobs returned as cities opened up after a severe lockdown in March 2020, but economists worry about the loss of some 12 million salaried positions. Sharma's job as a marketing professional was one of them.

When he asked his son's friends to set up the campaign on Ketto to raise funds, Sharma hadn’t seen a paycheck in 18 months. Between April and June this year, 40% of the 4,500 COVID-19 campaigns on the site were for hospitalization costs, the company said.

The pandemic has driven 32 million Indians out of the middle class, defined as those earning $10 to $20 a day, according to a Pew Research Center study published in March. It estimated the crisis has increased the number of India’s poor -- those with incomes of $2 or less a day -- by 75 million.

“If you’re looking at what pushes people into debt or poverty, the top two sources often are out-of-pocket health expenditure and catastrophic costs of treatment,” said K Srinath Reddy, president of the Public Health Foundation of India.

In the northeastern city of Imphal, 2,400 kilometers (1,490 miles) away, Diana Khumanthem lost both her mother and sister to the virus in May.

Treatment costs wiped out the family's savings, and when the private hospital where her sister died wouldn’t release her body for last rites until a bill of about $5,000 was paid, she pawned the family's gold jewelry to moneylenders.

When that wasn’t enough, asked her friends, relatives and her sister’s colleagues for help. She still owes some $1,000.

A health insurance scheme launched by Prime Minister Narendra Modi in 2018 was intended to cover around 500 million of India's 1.3 billion people and was a major step toward easing medical costs. But it doesn’t cover the primary care and outpatient costs that comprise most out-of-pocket expenses. So it hasn’t “effectively improved access to care and financial risk protection,” said a working paper by researchers at Duke University.

The program also has been hobbled by disparities in how various states implemented it, said Shawin Vitsupakorn, one of the paper’s authors.

Another paper, by the Duke Global Health Institute and the Public Health Foundation of India, found costs of ICU hospitalization for COVID-19 are equivalent to nearly 16 months of work for a typical Indian day laborer or seven to 10 months for salaried or self-employed workers.

Meager funding of healthcare, at just 1.6% of India's GDP, is less, proportionately, than what Laos or Ethiopia spends. At the outbreak's peak in May, hospitals everywhere were overrun, but public facilities lacked the resources to handle the floods of patients coming in.

“The result is a suffering public health system, where the provision of care is often poor, prompting many to flock to private hospitals,” said Dehejia.

A public hospital treated Khumanthem’s mother, but her sister Ranjita was admitted to a private one that cost $1,300 per day.

Ranjita was the family's only earner after Khumanthem left her nursing job last year to return home during the first wave of the virus. She's now hunting for work while looking after her father and her sister’s 3-year-old son.

At her home in Imphal, Khumanthem grieved for her mother by remembering her favorite food — chagem pomba, a type of gruel made with vegetables, rice and soybeans. Every few minutes, she looked toward the front gate.

“This is usually the time Ranjita would return home from work,” she said. “I still keep thinking she could walk through the gate any moment now.”

Back in New Delhi, Sharma sighed in relief as an ambulance brought his son home from the hospital last week. Saurav needs physiotherapy to build up his weakened muscles, a daily nurse and a long list of medications. It may be weeks before he will be able to stand on his own, and months before the ambitious lawyer who graduated among the top of his class will be able to go to court again.

The costs will continue.

“Our first priority was to save him,” Sharma said. “Now we will need to figure out the rest.”