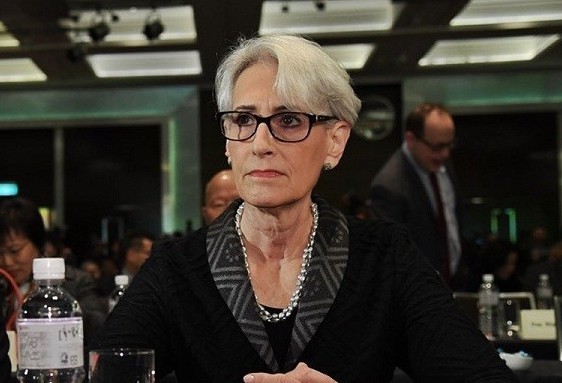 TAIPEI (Taiwan News) — The Ministry of Foreign Affairs (MOFA) said Sunday (July 25) the U.S. will brief Taiwan about Deputy Secretary of State Wendy Sherman’s trip to China once it concludes.

MOFA said in a press release that the U.S. had notified it about Sherman’s visit to Tianjin, China, before she arrived. Following her departure from the Communist nation on Monday (July 26), Washington will share with Taipei the details of her meeting with Chinese Foreign Minister Wang Yi (王毅) and other officials, the ministry added.

MOFA also said that Taiwan-U.S. relations are “close and friendly.” Since President Joe Biden took office, his administration has continuously maintained that its commitment to Taiwan is "rock-solid" and has demonstrated its support through concrete actions, the ministry noted.

MOFA added that in the future, it will work with the Biden administration to deepen the Taiwan-U.S. partnership and “jointly promote peace, stability, and prosperity in the Indo-Pacific region.”

Prior to China, Sherman visited Japan, South Korea, and Mongolia during her second Asia trip in less than two months.