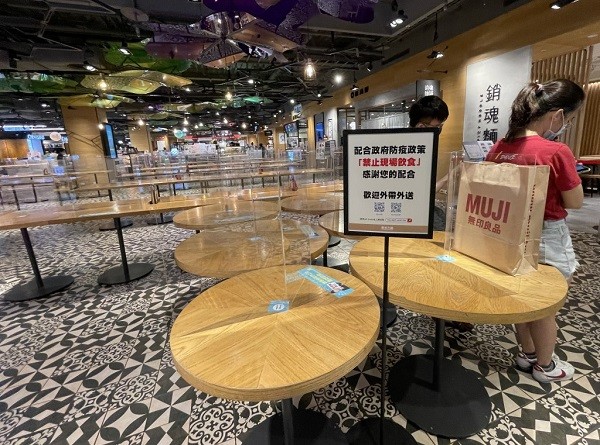 The measure is supposed to help offset the losses resulting from the city’s extended indoor dining ban, which will continue after the central government relaxes restrictions on July 27, CNA reported.

The Central Epidemic Command Center (CECC) announced on July 23 that beginning July 27, the nationwide COVID-19 alert will be lowered to Level 2, allowing for indoor dining. However, Taipei and New Taipei have for the second time refused to accept the central government’s guidance on indoor dining, choosing instead to keep the ban.

Taipei Mayor Ko Wen-je (柯文哲) is chairman of the Taiwan People's Party, while Hou is a member of the Kuomintang. Both parties are in opposition to the central government, which is run by the Democratic Progressive Party.

Hou said during a press conference on Sunday that the food and beverage industry has borne the brunt of the Level 3 alert, losing about 60% of its business, or NT$4.6 billion in revenue, according to the report.

For this reason, Hou continued, New Taipei will launch a “restaurant epidemic prevention subsidy program” to give owners of restaurants, eateries, and meal box stores NT$3,000 each if their businesses were registered before July 25.

FTV News on Sunday evening cited a barbecue restaurant owner as saying that both mayors always go against the CECC’s guidance for political reasons, while it is "we who have to experience pressure." She said they had lost more than NT$1 million due to the indoor dining ban and that the subsidy was far from enough to pay for rent and salaries.