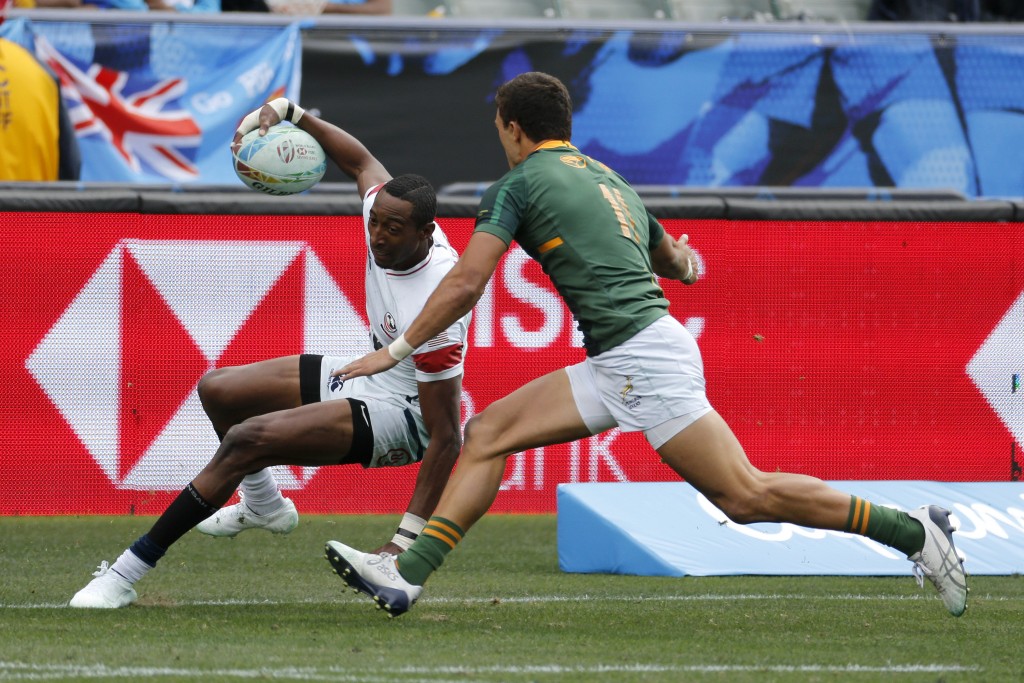 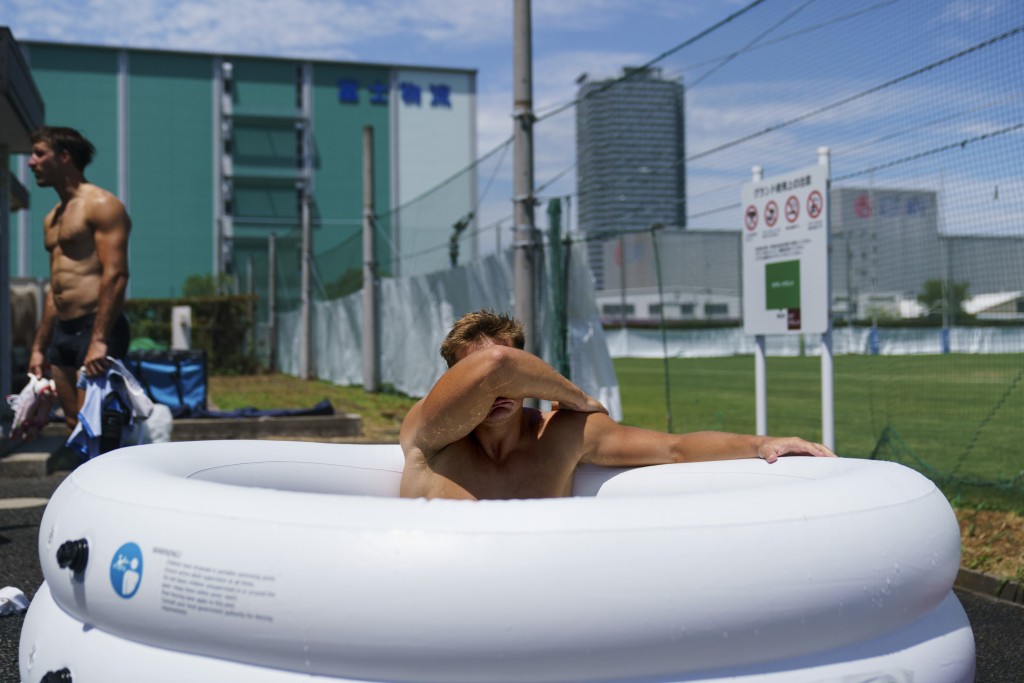 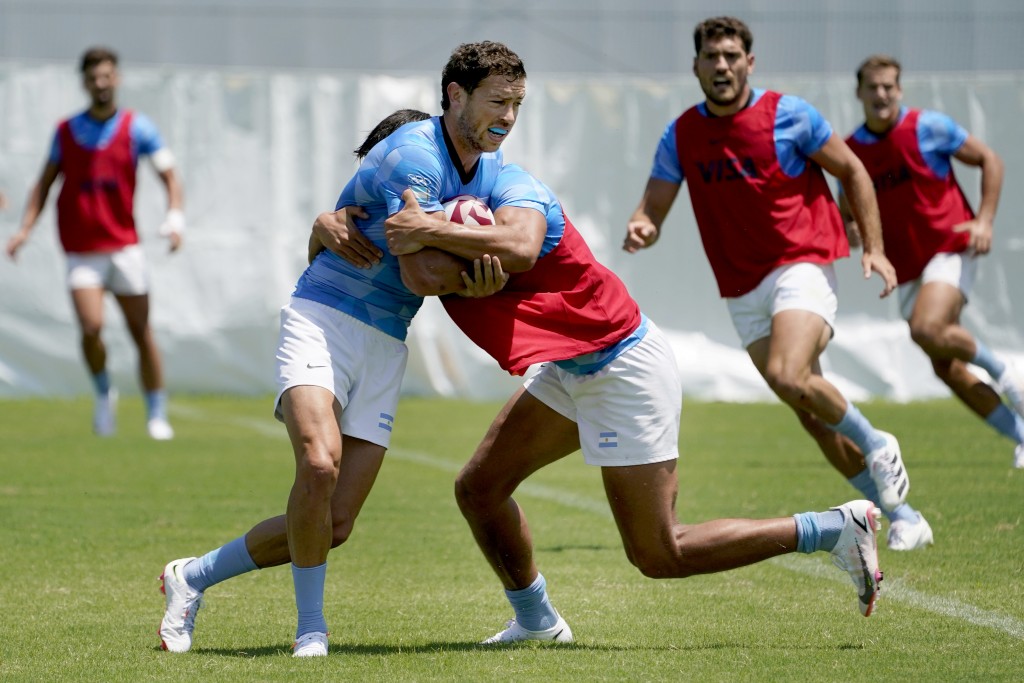 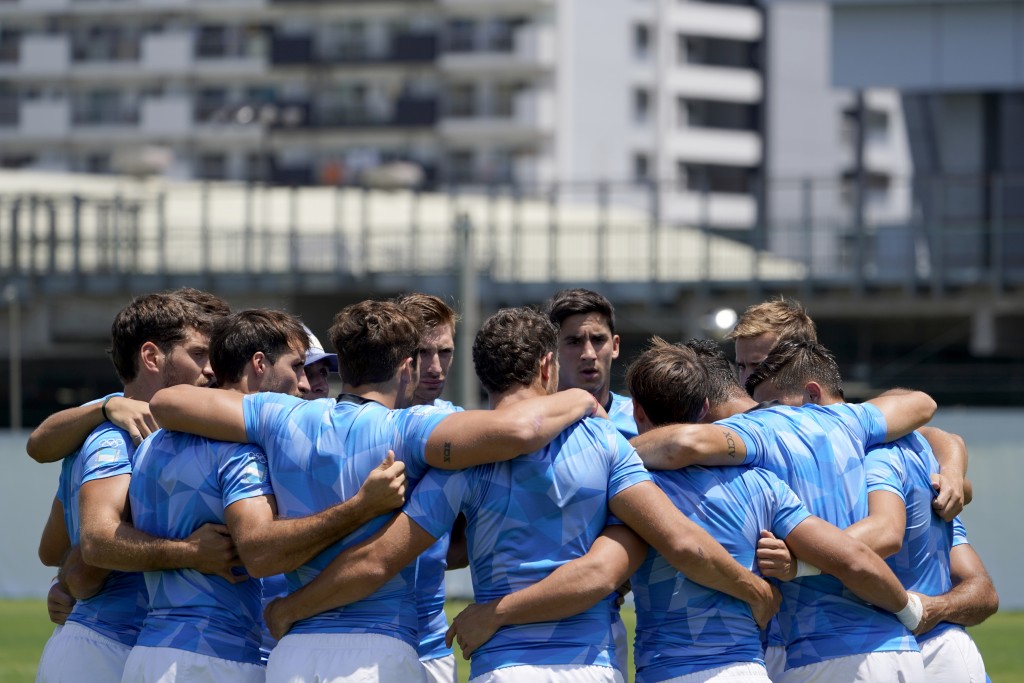 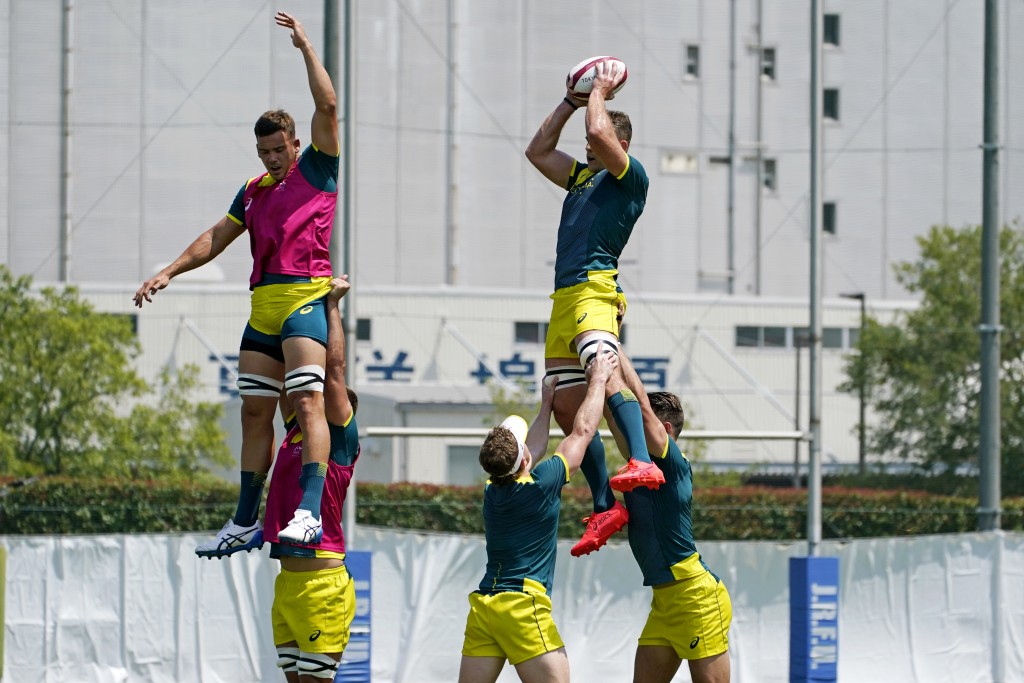 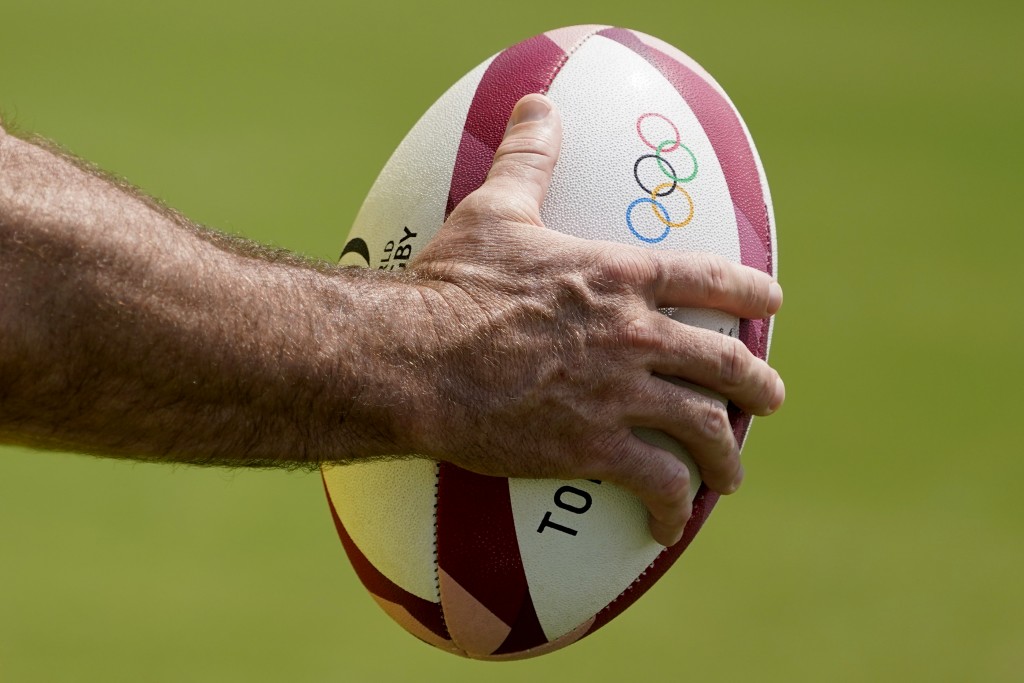 TOKYO (AP) — They’ll wear their masks and keep their distance in public, until the tackling and rucking starts.

This is one sport where COVID-19 restrictions cannot separate 14 humans competing for a ball in 14-minute chunks of time, a dozen times a day.

It’s likely to be hot and humid, too, when defending Olympic champion Fiji kicks off the men’s rugby sevens competition against Japan in Tokyo on Monday, followed by 2016 silver medalist Britain against Canada.

New Zealand, Australia and South Africa – without its head coach because of a positive pre-tournament coronavirus test – will also have played before U.S. veteran Perry Baker gets to start his second Olympic tournament in a match against Kenya.

Like most events at the Tokyo Games, there will be no fans in the stadium for the three-day men's competition because of the COVID-19 restrictions that also limit where players and staff can go and with whom they can mix.

It makes sense to Baker, a two-time sevens world series player of the year who has recovered from a broken leg to make the U.S. roster.

“I feel like it would put the players, and it would put the fans in harm's way by having them here with this whole COVID situation that’s going on,” Baker told The Associated Press. “But you can still watch rugby. You can still get that excitement on television because, hey, we’re still able to play.

“So it’s a win-win situation.”

South Africa’s Blitzboks have taken what they’re calling the “optimistic route,” saying it’s a win just to be competing still after head coach Neil Powell tested positive for the coronavirus at a pre-Olympic training camp in the southern Japanese city of Kagoshima and was put into isolation there for 14 days. The players, who were held at a quarantine facility after arriving in Japan because of a positive COVID-19 test involving their flight, were divided into two smaller groups before relocating to Tokyo. They are not being allowed to practice as a full squad.

"Everything that happened so far has not broken down our desire, commitment to the team and the brotherhood; nothing will,” team captain Siviwe Soyizwapi said. “This game of sevens has influenced us as a group and in our personal lives and made us better. Spiritually, mentally and physically, we have grown as people and that helps us to cope with all this adversity.”

All 12 teams competing have had to overcome obstacles of some kind to make it to Tokyo, with the world sevens series called off early last season and international competition drying up during the pandemic.

The Fijian players, the pride of their nation, have been separated from their families for months already because of a virus outbreak at home.

After helping deliver Fiji its first-ever Olympic medal, 2019 world sevens player of the year Jerry Tuwai will be under more pressure than any captain at the tournament to deliver gold.

In their only international competition since early 2020, the Fijians beat New Zealand and Australia to win the Oceania Sevens warmup tournament last month in Townsville, Australia, to set a benchmark for preparations.

The New Zealand men surprisingly missed out on a medal when rugby sevens made its debut at Rio de Janeiro in 2016, getting upset by Japan in the group stage and never really having the aura of the All Blacks, their powerful national XV.

They’re entering the Olympic tournament as world sevens series champions, knowing they need to make amends for missing the podium in Rio.

“The Olympic Games is the pinnacle. That is why we are here — to win gold,” co-captain Tim Mikkelson said. “That is what we are working towards. This team is really confident. We have huge belief in the way we have performed over the last four or five years. This team is as ready as it has ever been to perform.”

With South Africa’s disruptions, Japan’s home-ground advantage and a narrowing of the gap between the traditional favorites and the chasing pack, Olympic chances could hinge on every result.

Perry, a prolific try scorer in the annual world sevens series, is expecting the Americans to be a threat against the likes of Fiji and New Zealand. The U.S. qualified for Tokyo in the top four in the rankings.

“They’re powerhouse teams. And we always wanted to be a powerhouse team, too,” he said. “Over the years, we’ve made that mark now, where people know we’re a threat now. We’re up there with those top-tier teams.”