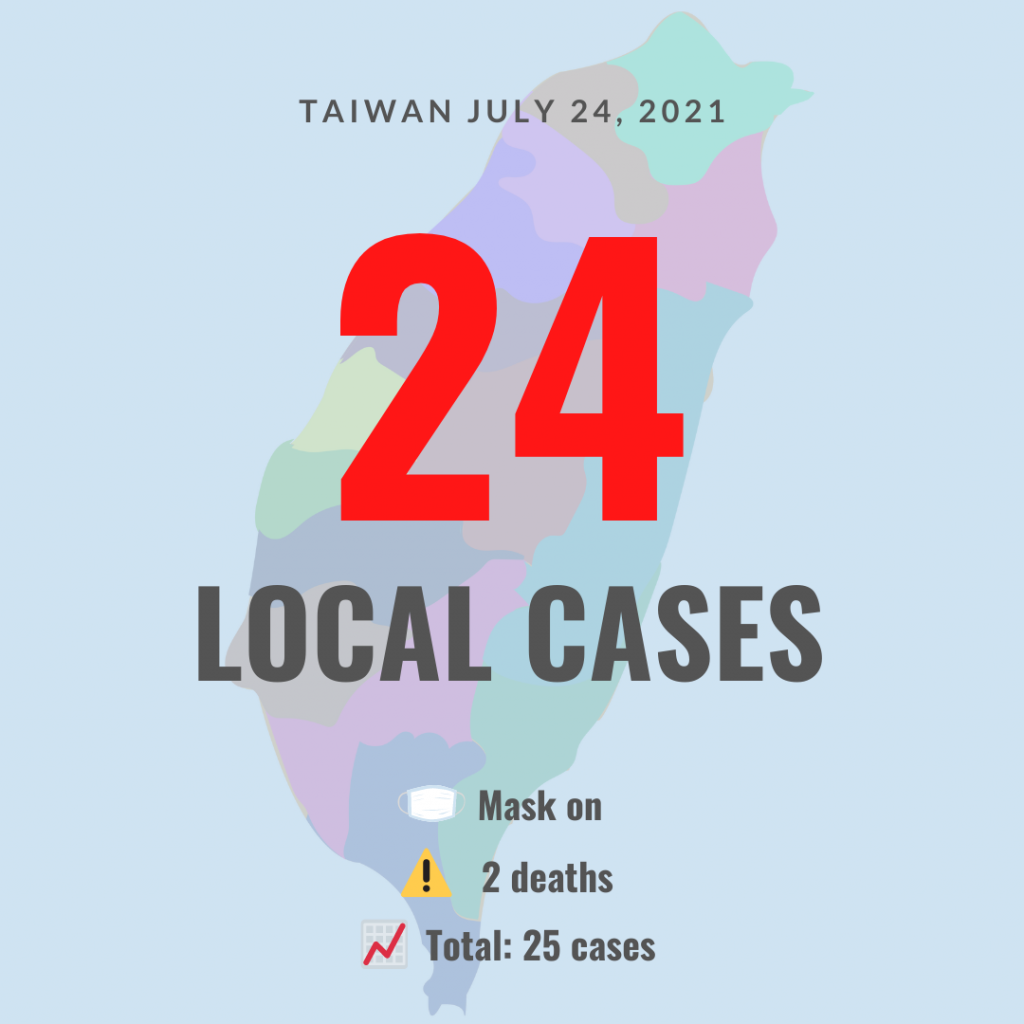 The previous day, the CECC announced it would lower the COVID alert to Level 2 as planned on Tuesday (July 27), ending the period of a Level 3 alert which began on May 19. At this time the daily number of new local cases rocketed above 100 and eventually to more than 500.

Nine of the new cases confirmed Saturday were recorded in New Taipei City, with seven in Taipei City, three in Taoyuan City, two in Changhua County, and one each in Taichung City, Miaoli County and Keelung City. Of the 24 new cases, 19 were men and five were women, with ages ranging between less than five and 69, according to the CECC.

The new imported case is a Taiwanese man in his 20s who tested positive after a rapid test in Spain on June 26. He arrived in Taiwan on July 22 and tested positive during his quarantine period.

Taiwan’s latest total number of 15,558 coronavirus patients included 14,250 domestic cases, 1,255 imported ones, and 786 deaths. Of the fatalities, 778 were the result of local infections, with New Taipei City registering 391 deaths and Taipei City 295.

A total of 36 COVID cases originated from last year’s journey by the Taiwan Navy’s "Goodwill Fleet," two were infected on board a flight, one case was classified as unresolved, and 14 cases were put under investigation. A total of 108 earlier patients were removed from the list of confirmed cases.