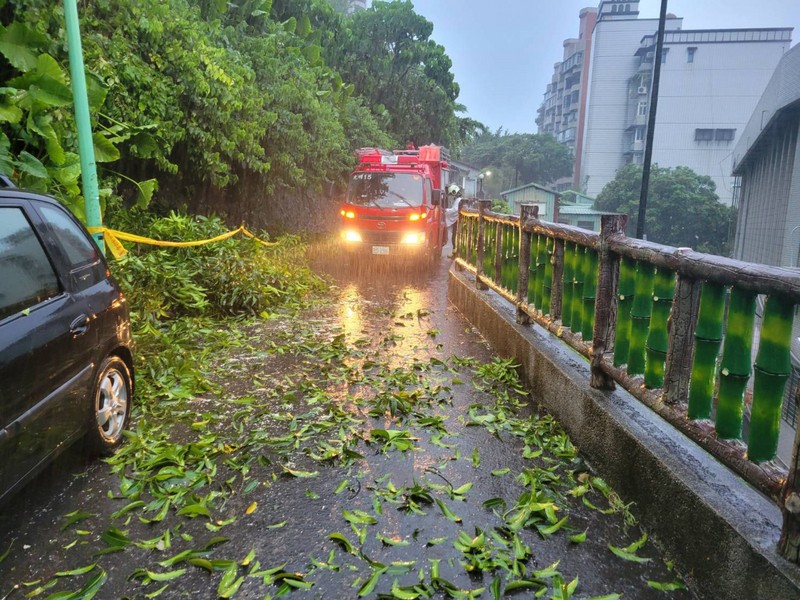 TAIPEI (Taiwan News) — As the Central Weather Bureau (CWB) lifted sea warnings for Typhoon In-Fa on Saturday (July 24) morning, heavy rain caused rockfalls and landslides that forced townships in the mountainous northwest to close offices and schools for the day.

The storm moved away from the area northeast of Taiwan in the direction of China’s Shanghai region Saturday, leading the CWB to announce the end of sea warnings at 11:30 a.m. Even though land warnings had never been issued, heavy rains lashed large parts of Taiwan, causing trees to fall across roads, damaging cars and blocking traffic.

As many roads became impassable, schools and offices were closed in mountainous inland areas of the northwest, including: Fuxing in Taoyuan City, Jianshi and Wufeng in Hsinchu County, and Taian and Nanzhuang in Miaoli County, CNA reported.

From Wednesday (July 21) through Saturday 11 a.m., 714.5 millimeters of rainfall had been recorded at Hsinchu County’s Mount Niaozui, with Yangmingshan in Taipei City receiving 485.5 mm during the same period.

Even though the typhoon was moving away from Taiwan, changes in wind directions could mean that rainfall will diminish in the north but grow more abundant in the south for a week, the Liberty Times reported.