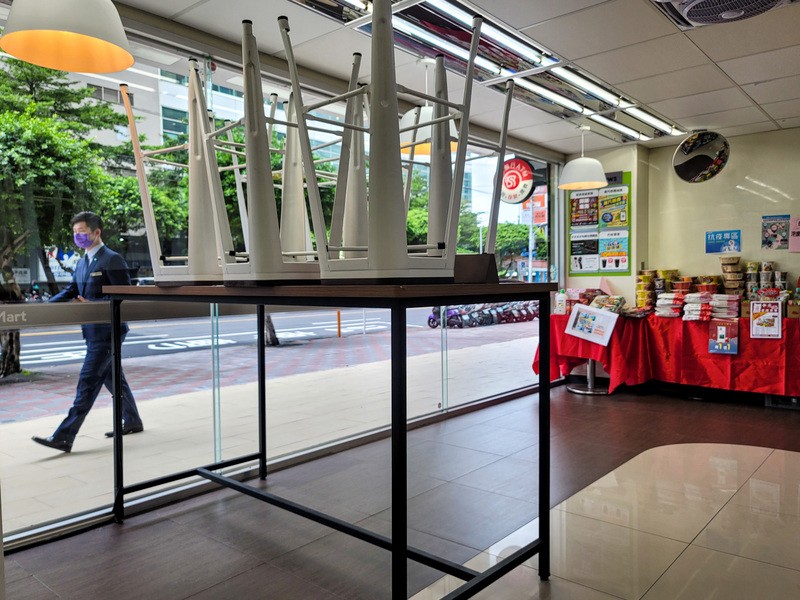 TAIPEI (Taiwan News) — After the central government announced it was lifting a nationwide ban on indoor dining from Tuesday (July 27), Taipei City and New Taipei City said Friday (July 23) they would not follow suit for at least a week due to fears of new local COVID-19 infections.

The Central Epidemic Command Center (CECC) lowered the country’s Level 3 alert, which it introduced on May 19, and put in place a Level 2 alert. A raft of new measures included allowing restaurants to host diners instead of just providing a takeout service.

However, at separate news conferences later Friday, Taipei City Mayor Ko Wen-je (柯文哲) and New Taipei City Mayor Hou Yu-ih (侯友宜) said the bans on indoor dining would remain in place for at least a week after July 27 before being reconsidered.

The decision was the second time local governments countered a CECC decision to ease COVID restrictions at restaurants. On July 13, Penghu County was the only region to lift a ban on indoor dining, with all other cities and counties choosing New Taipei’s side against the CECC.

Hou said Friday he would continue to ban indoor eating and drinking at restaurants, convenience stores and shopping malls, the Liberty Times reported. The mayor repeated earlier comments that since New Taipei had been one of the areas worst affected by the pandemic, it was wiser to adopt a phased approach to the easing of COVID restrictions.

Hou said that his government would discuss measures on a weekly basis, evaluating the most recent developments before deciding whether or not to make changes.

In Taipei City, Ko said he had spoken to Hou and decided that allowing people to eat together should be one of the last steps in easing COVID restrictions, UDN reported. The mayor said there were still infection clusters that had not been fully mapped, causing concern that a sudden opening up would result in new outbreaks.

Taoyuan City, another area in north Taiwan badly hit by the pandemic, said it would follow CECC advice overall but might introduce other restrictions.