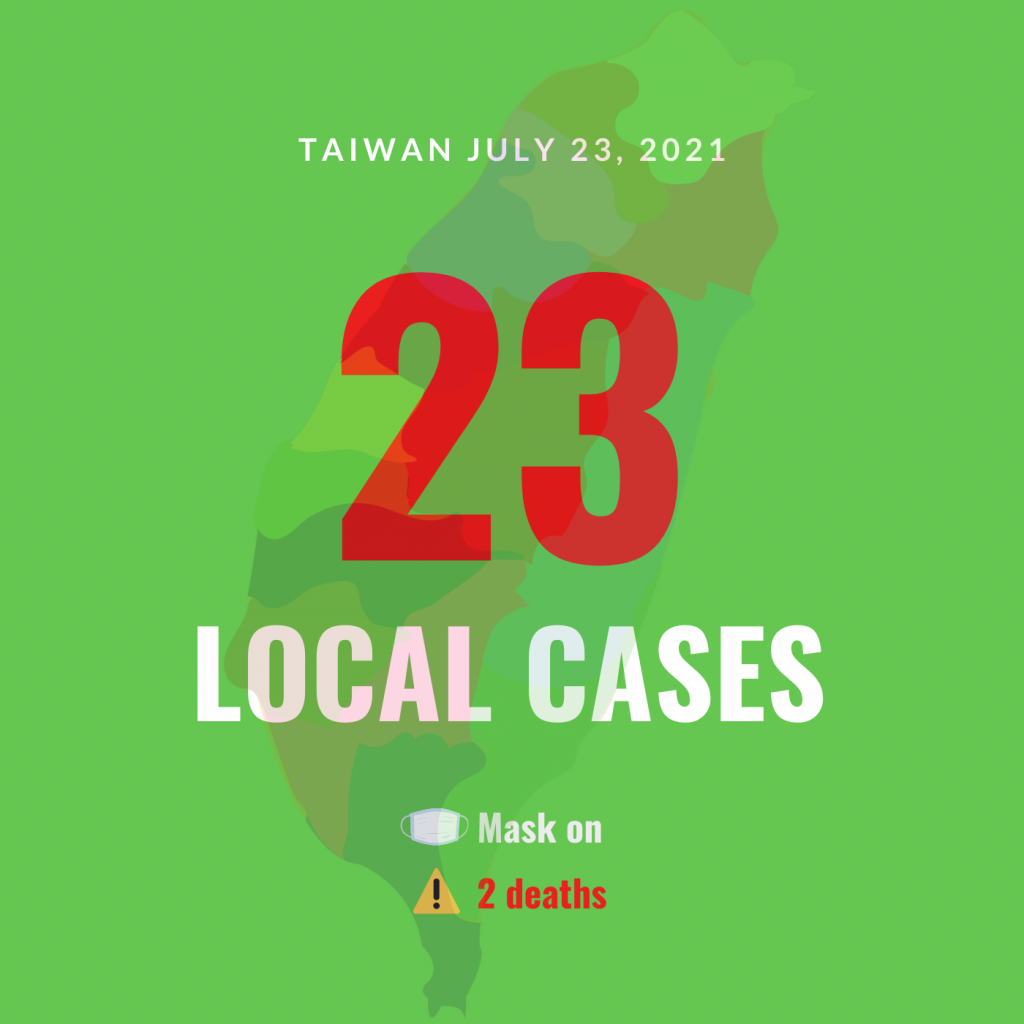 The latest local cases include 19 men and four women between the ages of 20 and 50, with the dates of symptom onset and testing ranging from July 10-22. As for the distribution of these cases, there were 13 in New Taipei City, four each in Taipei City and Taoyuan City, and one each in Yilan County and Kaohsiung City.

Chen said the four deaths reported Friday include a woman in her 80s and a man in his 60s. The dates of symptom onset and testing ranged from May 26 to June 24. They were diagnosed between May 29 and June 26 and died between May 26 and July 20.

According to Chen, the sole imported case reported Friday, case No. 15,641, is a Croatian boy under the age of 10 who arrived in Taiwan from Switzerland on June 28 to visit relatives. Because an accompanying family member, case No. 15,370, was found to be positive for the virus, the boy underwent testing on July 22 and was diagnosed on July 23, with a Ct value of 29.

A total of 106 people have been removed as confirmed cases, while 14 cases are still under investigation. Up until now, 784 individuals have succumbed to the disease.

Of the 776 deaths from local infections, 391 were in New Taipei, 294 in Taipei, 27 in Keelung, 24 in Taoyuan, 14 in Changhua County, 10 in Hsinchu County, four in Taichung, three in Miaoli County, two each in Yilan and Hualien counties, and one each in Taitung, Yunlin, and Nantou counties and Kaohsiung. The eight other deaths were imported cases.