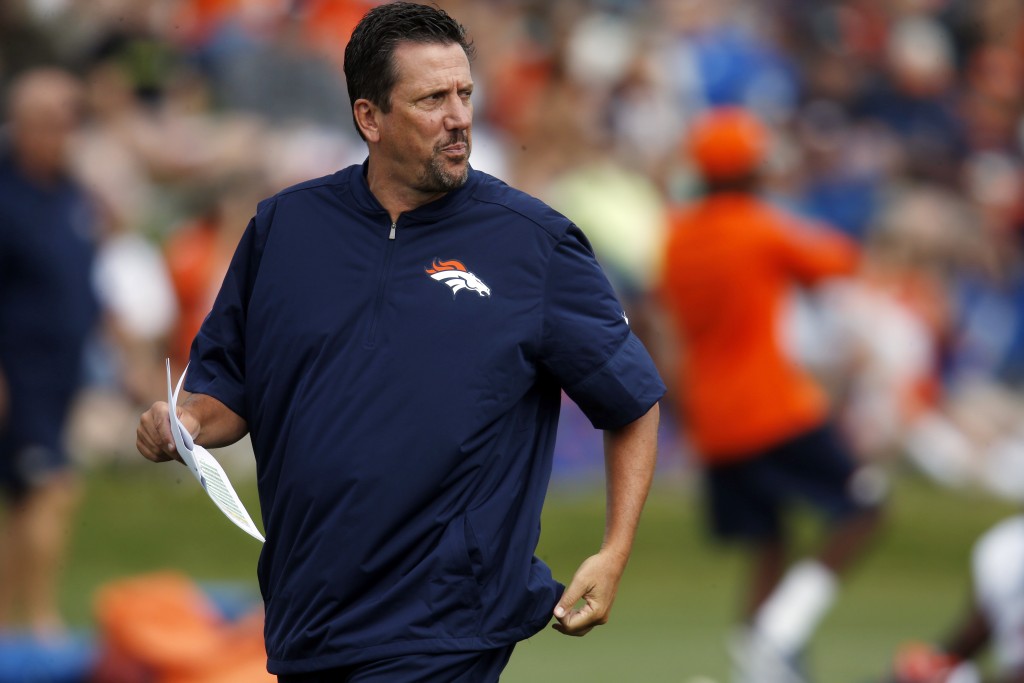 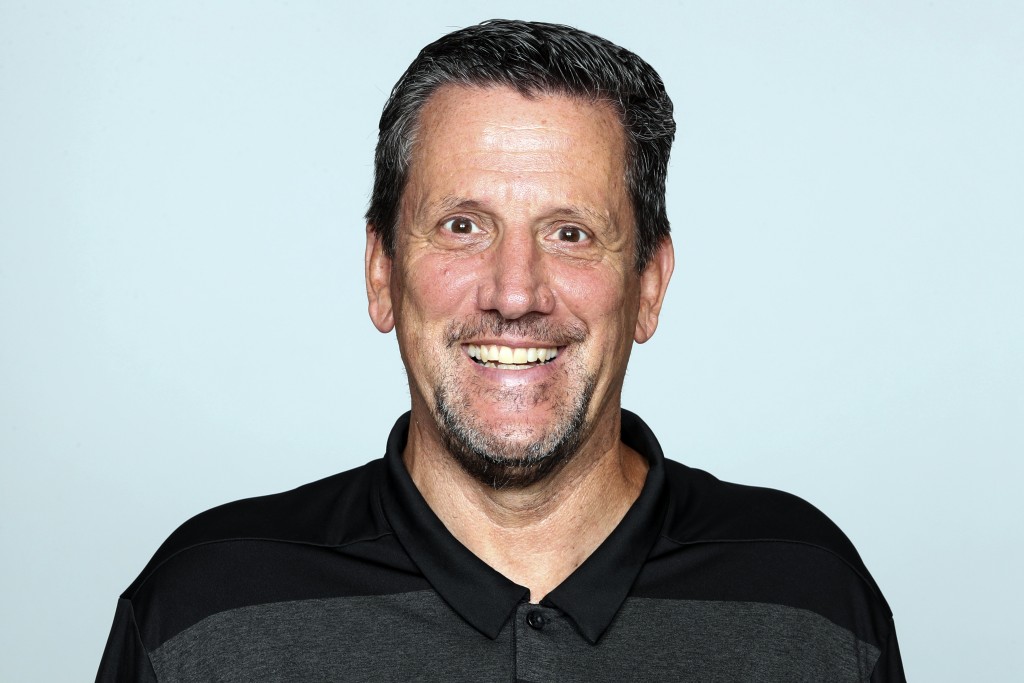 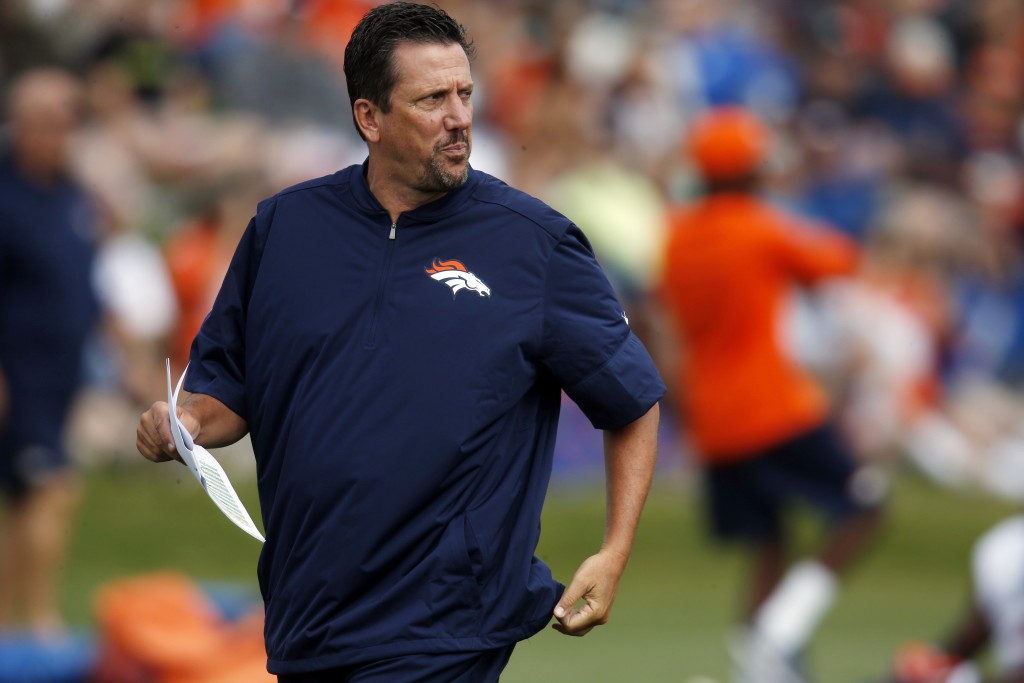 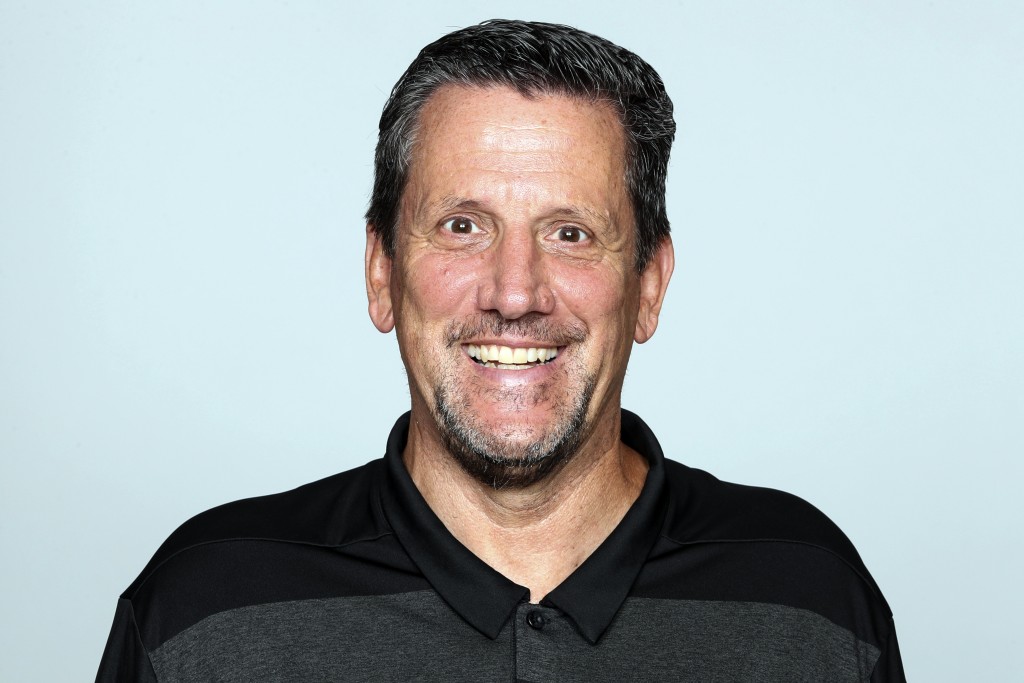 NEW YORK (AP) — New York Jets assistant coach Greg Knapp died Thursday of injuries suffered in an accident when he was struck by a car while riding a bicycle Saturday near his home in California. He was 58.

Knapp’s family released a statement through the team that the longtime NFL assistant coach died at 2:32 p.m. EDT.

“Greg Knapp (aka Knapper) was called back home to Heaven, where he will be reunited with his Dad,” the statement said.

The family said in the statement that Knapp never regained consciousness after being hit by the car in the city of San Ramon in the San Francisco Bay Area.

He was surrounded by wife Charlotte, daughters Jordan, Natalie and Camille, his mother and brother when he died.

“Greg’s infectious personality is most people’s first and lasting memory of him,” the family said. “The phrase, ‘He never met a stranger’ encapsulates Knapper’s zest for life. He had a unique gift to make everyone feel special, and to Knapper, they all were.

“While his family, friends and players still had so much to learn from him and desperately wished they had more time with him, God called an audible and wanted to go over the game plan directly with him. It will certainly be a masterpiece, just like Greg!”

Knapp, who lived in Danville, California, was hired by the Jets in January as part of new coach Robert Saleh’s staff, serving as the passing-game specialist.

“The loss of a loved one is always a challenge, but is harder when it is completely unexpected,” Saleh said in a statement issued by the team. “Charlotte, Jordan, Natalie and Camille, please accept our most sincere condolences. Greg had such an inner peace about him that people always seemed to gravitate towards. He lived life in a loving way that helped him connect with people from all walks of life in a unique way. In his short time here, I believe the people in this organization had a chance to experience that connection.

"Greg, thank you for all that you have shared with us. You will be missed, brother."

Among Knapp’s primary roles with the Jets was to help develop quarterback Zach Wilson, the No. 2 overall draft pick.

“Man this is hard,” Wilson wrote on Instagram. “Huge impact on my life in only a few months. Love you coach Knapper.”

Knapp was well-liked and respected in NFL circles and he established himself as a quarterback guru and one of the league’s top offensive-minded coaches. Among the other quarterbacks he coached during his career were Steve Young, Jeff Garcia, Rick Mirer, Matt Schaub, Michael Vick, Peyton Manning and Matt Ryan.

Several of Knapp's former teams and players posted tributes and sent condolences to the coach's family on social media.

“From all-time greats like Peyton Manning to young players just starting their careers, Greg was a trusted confidant and the very definition of a ‘quarterback whisperer,’” the Denver Broncos said in a statement. “More importantly, the connections and friendships he forged with players, coaches and staff — as well as their families — were genuine and special.”

After a nine-year stint as an assistant at Sacramento State, where he also played quarterback, Knapp got his first NFL job with San Francisco in 1997 as an offensive quality control coach under Steve Mariucci. He was promoted to quarterbacks coach two years later and became the 49ers’ offensive coordinator in 2001.

“He was a tremendous football coach who achieved at the highest levels of our game, but more importantly he was a wonderful person who had the love, admiration and respect of those who were blessed to work with him,” Falcons owner and chairman Arthur Blank said in a statement. "He was always a positive presence with the Falcons and carried that optimistic spirit with him each day while working with our coaches, players and staff on and off the field. He will be deeply missed.”

Knapp had been expected to have a key role in helping offensive coordinator Mike LaFleur and quarterbacks coach Rob Calabrese teach and develop Wilson as the 21-year-old QB adjusts to NFL life as the likely starter for the Jets this season.

“His legacy is not only working with some of the brightest quarterbacks the league has ever seen, but the countless others across this world he has had an indelibly positive influence on,” Jets chairman Woody Johnson said in a statement.

Knapp's family set up a page on CaringBridge to allow loved ones and friends to post photos, memories or notes. Funeral arrangements were still pending.