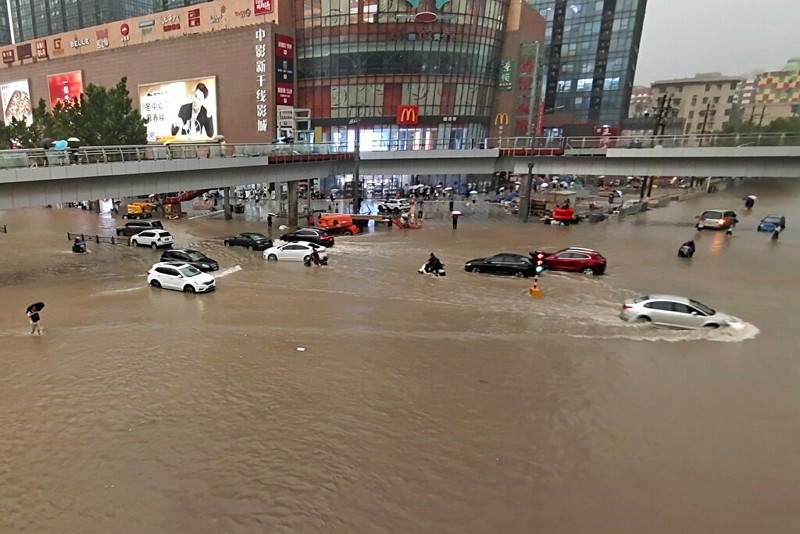 TAIPEI (Taiwan News) — President Tsai Ing-wen (蔡英文) on Wednesday (July 21) offered her sympathy to those affected by what some have described as a “once-in-a-millennium” flooding event in the Chinese city of Zhengzhou.

Presidential Office Spokesman Xavier Chang (張惇涵) said Tsai expressed her condolences to families of the victims and hope that the disaster-stricken areas will return to normalcy soon, wrote CNA.

In turn, Taiwan Affairs Office Spokesperson Zhu Fenglian (朱鳳蓮) said Thursday (July 22) that China is grateful to all parties in Taiwan who have expressed concern for the flood-hit region. She also thanked Taiwanese companies that have pledged relief to those affected.

Shenzhen-based Foxconn Industrial Internet announced Wednesday that it will donate 100 million yuan to Zhengzhou for the relief effort.

Taiwanese electronics manufacturer and Apple supplier Foxconn has three plants in the Henan Province capital that account for the production of half of the iPhones sold globally. The extent to which the floods have affected the company’s operations due to derailed transportation and logistics is still being gauged, reported UDN.

Floodwaters have wreaked havoc on Henan and taken at least 25 lives, and the death toll is expected to rise. Jaw-dropping video footage circulating on social media shows passengers in a subway station standing in muddy, chest-high water.