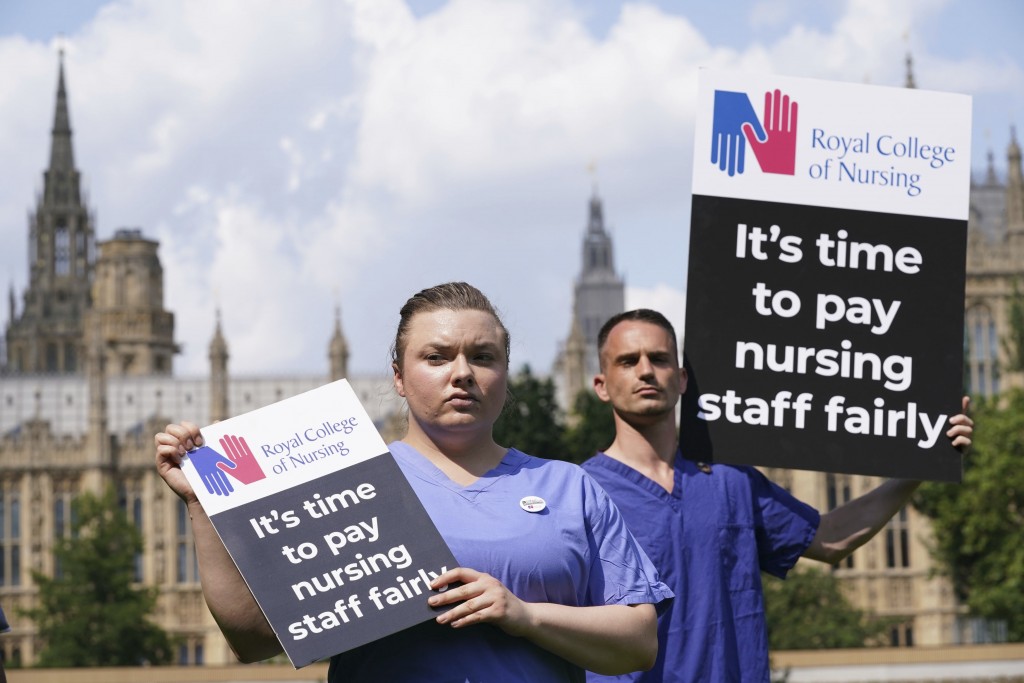 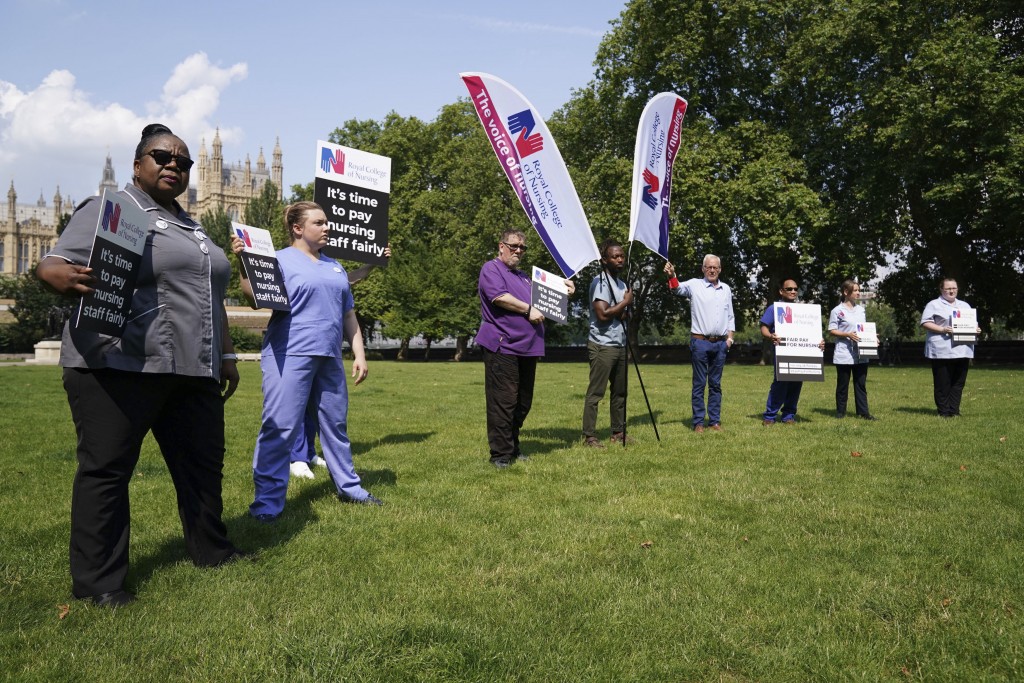 LONDON (AP) — The British government has tripled its pay increase offer for more than a million National Health Service employees in England, but unions said the proposed boost was insufficient given an anticipated spike in inflation.

In a statement Wednesday, the Department of Health and Social Care said it had accepted the recommendations of a pay review body that NHS workers, including nurses, paramedics, medical specialists and dentists, receive a 3% pay hike backdated to April. The government had previously signaled it would only give a 1% increase but came under pressure to offer more.

“NHS staff are rightly receiving a pay rise this year despite the wider public sector pay pause, in recognition of their extraordinary efforts,” said Health Secretary Sajid Javid, who remained in self-isolation Wednesday after testing positive for the coronavirus.

“We will back the NHS as we focus our efforts on getting through this pandemic and tackling the backlog of other health problems that has built up," Javid added.

Unison, the biggest union representing NHS employees, said it was pleased the government had moved from its initial “miserly” recommendation but argued that health workers deserve more.

It's unclear whether unions will accept the offer or advise their members to take industrial action. The 3% pay hike would be lower than the anticipated level of inflation in coming months, meaning that NHS staff could effectively be getting a real-terms pay cut. The Bank of England, for example, has forecast a temporary increase in inflation to over 3%.

“Nursing staff will remain dignified in responding to what will be a bitter blow to many, but the profession will not take this lying down," Pat Cullen, interim general secretary of the Royal College of Nursing, said. "We will be consulting our members on what action they would like to take next.”

With another wave of infections spreading across the U.K. as a result of the more contagious delta variant and the lifting of lockdown restrictions, health care workers are expected to face mounting pressures in the weeks to come.

“NHS staff are on their knees — exhausted, fatigued and anxious — as we look set to enter another wave of the COVID pandemic," said Rachel Harrison, national officer of the GMB union. “Staff morale is rock bottom.”