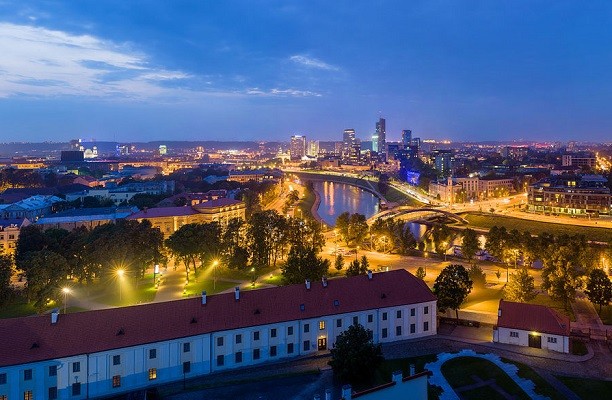 TAIPEI (Taiwan News) — Following the news that Taiwan will soon be opening a representative office in Lithuania, an agitated Chinese government has called on the Baltic country to return to the "one-China" principle.

On Tuesday (July 20), Taiwan's Ministry of Foreign Affairs announced that it is opening a representative office in the Lithuanian capital of Vilnius. The new diplomatic mission, expected to open later this summer, has been dubbed the Taiwanese Representative Office in Lithuania.

Significantly, the office is the first in Europe to include the word "Taiwanese" in its name, in contrast with the Taipei Mission in the Republic of Latvia, which has been responsible for handling relations with Latvia in addition to neighboring Lithuania and Estonia.

The Lithuanian foreign ministry on Tuesday welcomed the Taiwan office "for business, for travel, for friendly cooperation between the Lithuanian and Taiwanese people."

That same day, Chinese foreign ministry Spokesperson Zhao Lijian (趙立堅) during a regular press conference stated that China "firmly opposes any official exchanges and the mutual establishment of so-called 'representative offices between Taiwan and countries with diplomatic relations with China."

Zhao exhorted the Lithuanian government to abide by the "one-China" principle and reiterated the Chinese Communist Party's oft-repeated statement that "Taiwan independence" is a dead end.

Ties between Taiwan and the Baltic state have been growing increasingly warm.

Lithuania plans to open its own representative office in Taipei sometime this fall, and last month, Vilnius pledged to donate 20,000 vaccine doses as thanks for the 100,000 surgical masks Taipei sent to help shore up the Baltic state's PPE supplies early in the COVID-19 pandemic. Lithuanian Foreign Minister Gabrielius Landsbergis called the donation a demonstration of solidarity, tweeting that "Freedom-loving people should look out for each other!"