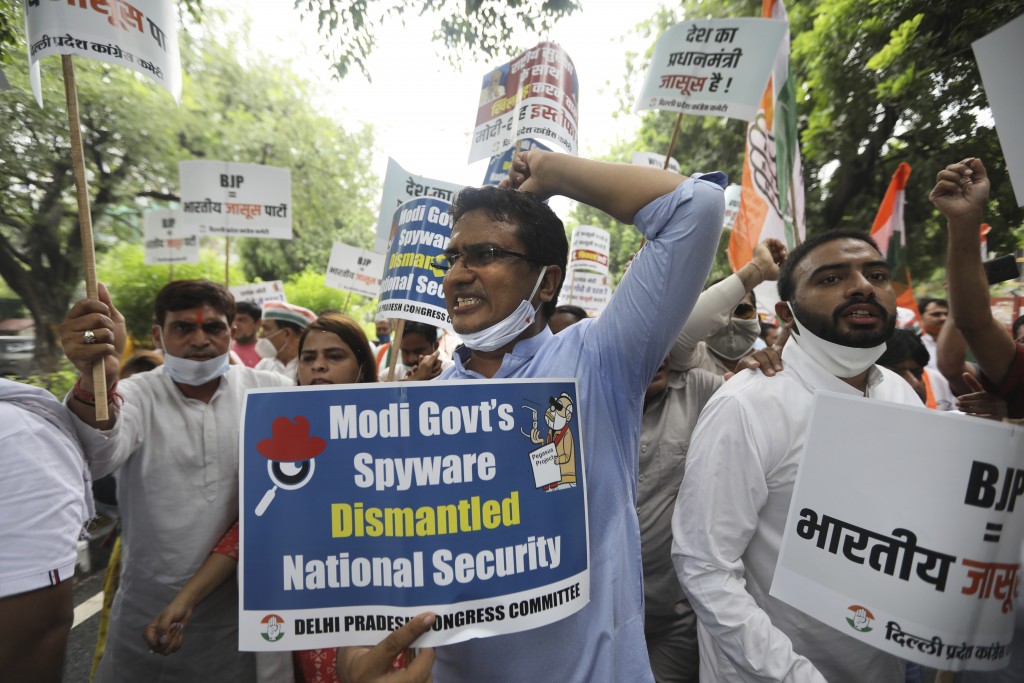 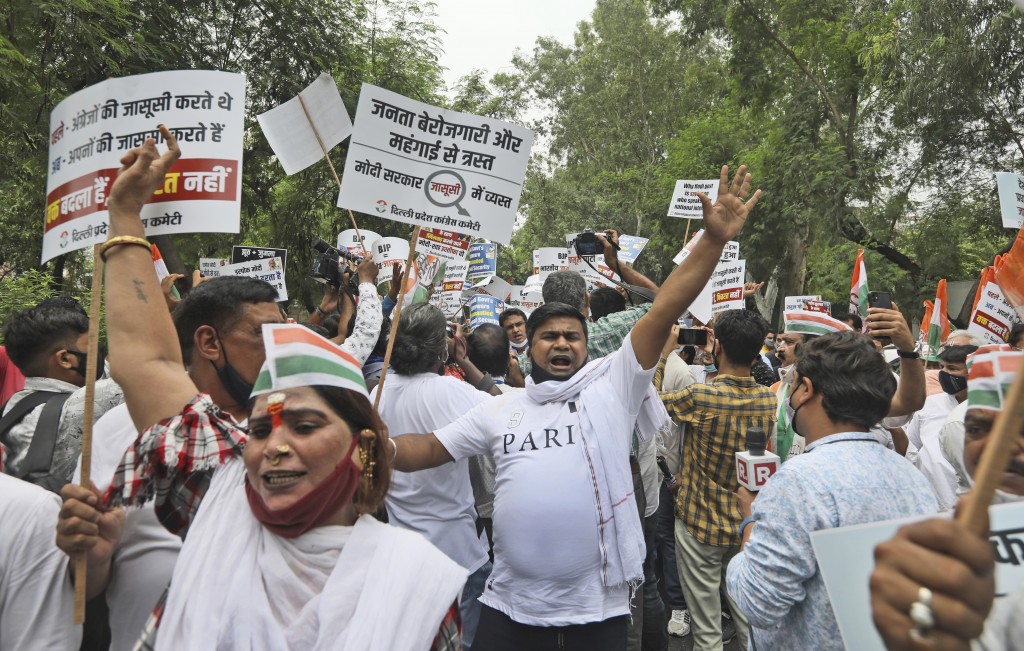 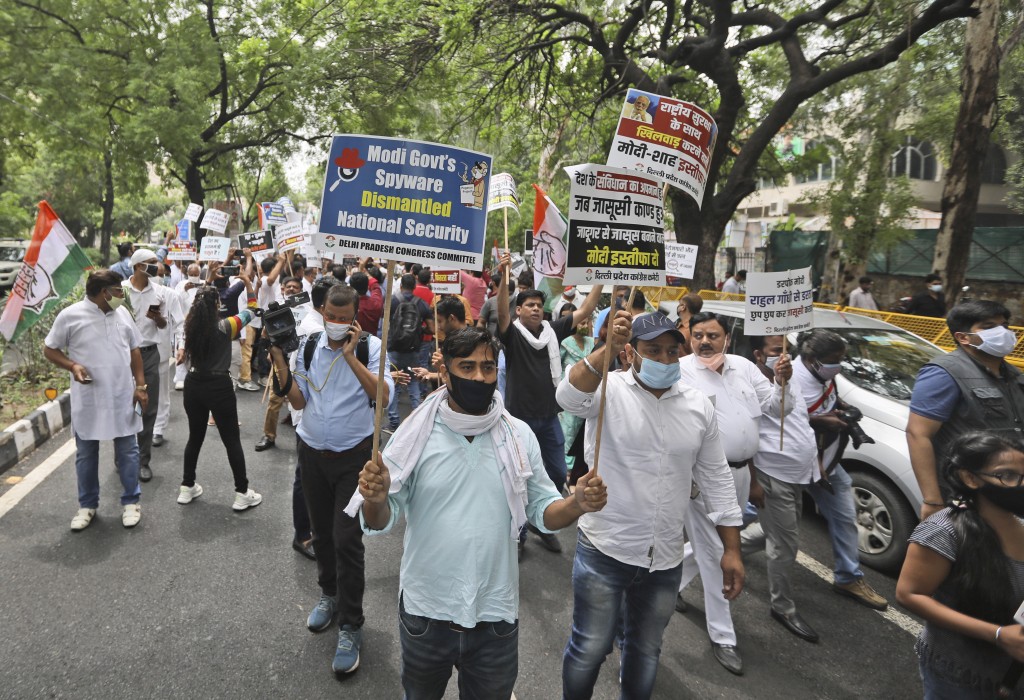 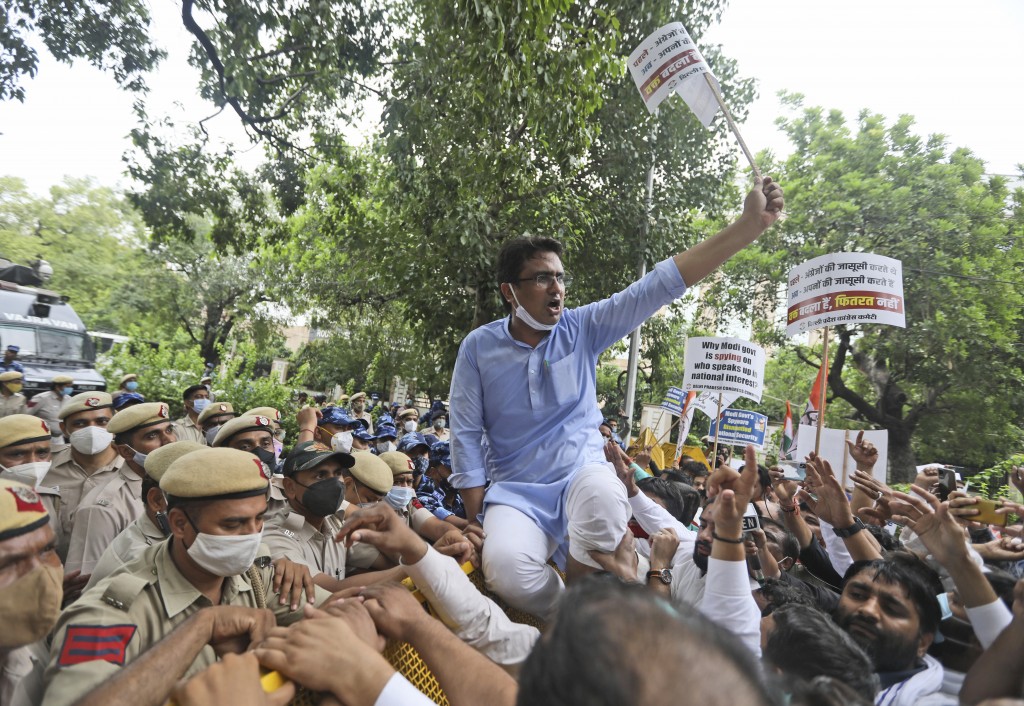 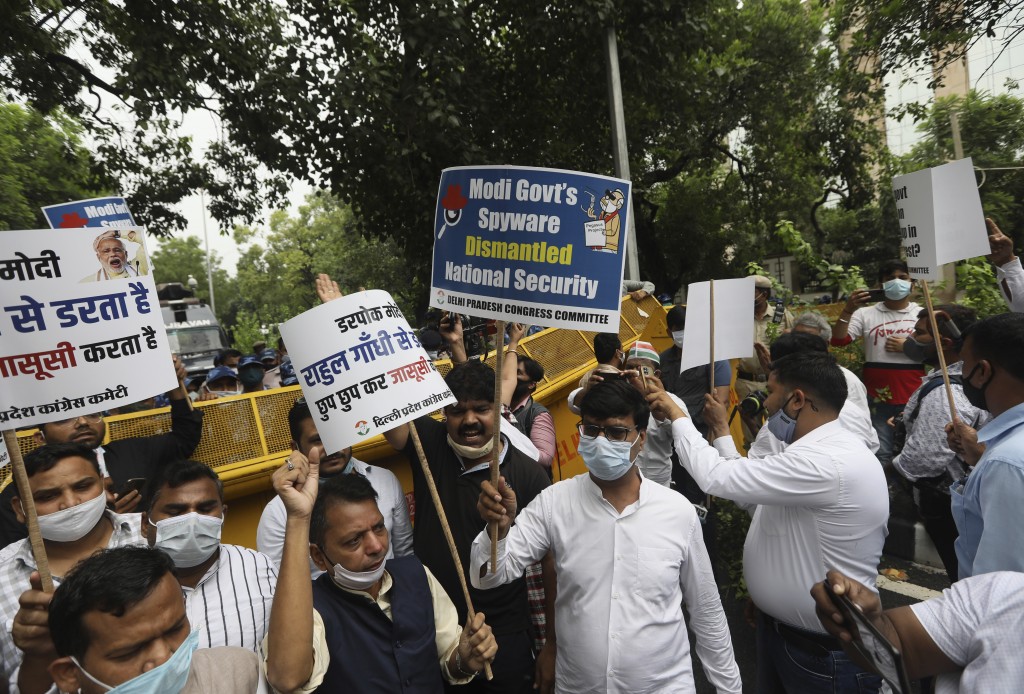 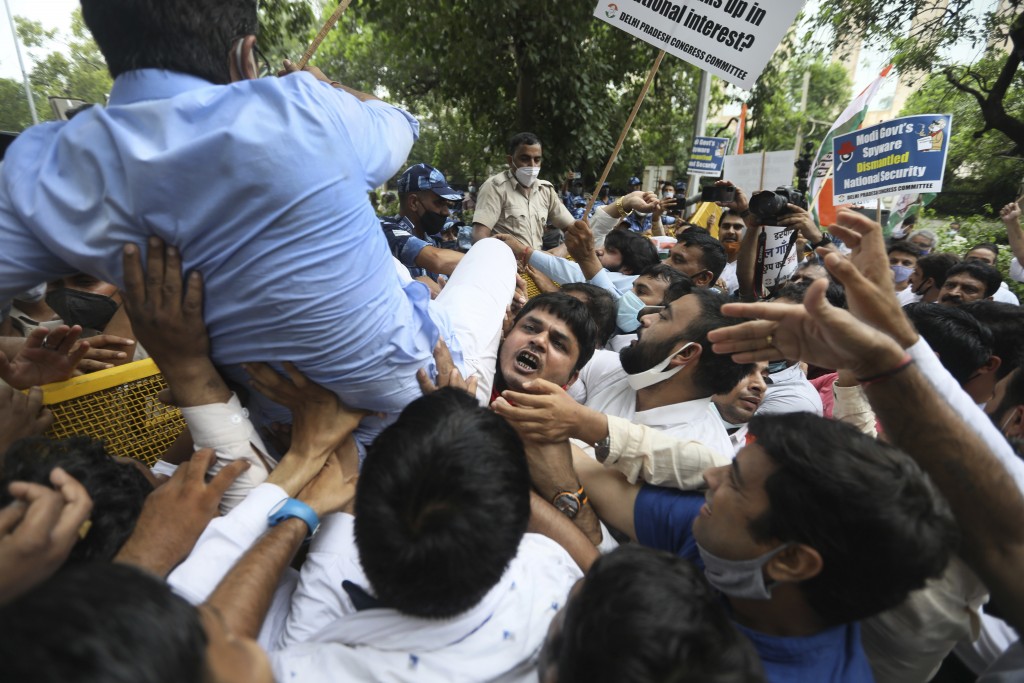 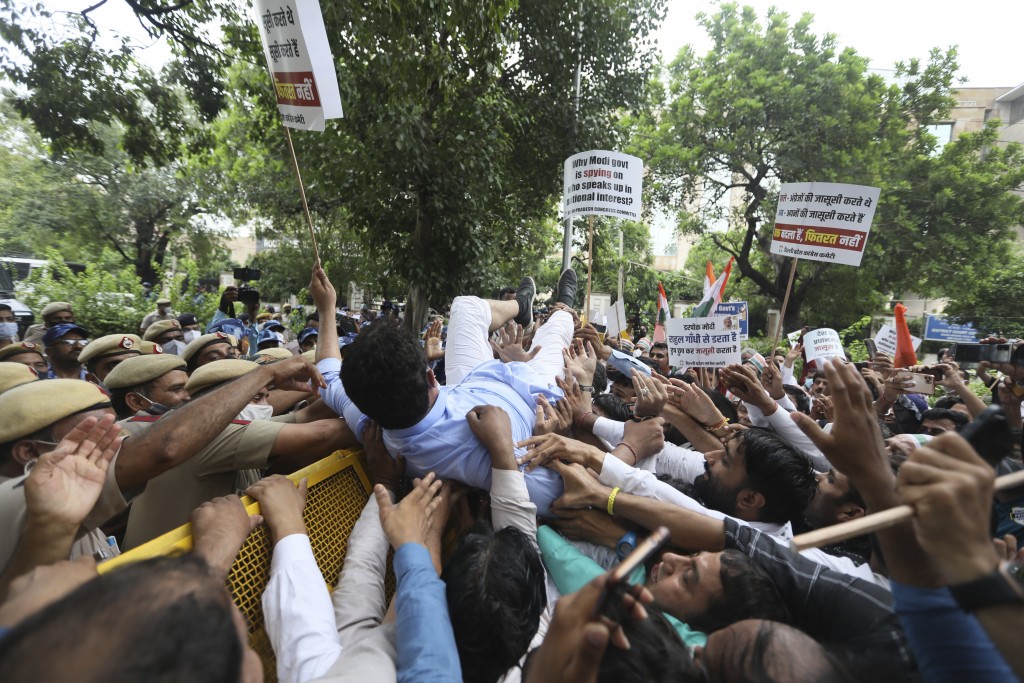 The session was disrupted repeatedly as opposition lawmakers shouted slogans against Modi's government and demanded an investigation into how the spyware, known as Pegasus, was used in India.

“This is a national security threat,” an opposition Congress party official, Kapil Sibal, said at a news conference.

The protests came after an investigation by a global media consortium was published on Sunday. Based on leaked targeting data, the findings provided evidence that the spyware from Israel-based NSO Group, the world’s most infamous hacker-for-hire company, was used to allegedly infiltrate devices belonging to a range of targets, including journalists, activists and political opponents in 50 countries.

In India, the list of potential surveillance targets included senior Congress party leader Rahul Gandhi, at least 40 journalists, a veteran election strategist critical of Modi and a top virologist, according to the investigation.

Newly appointed information technology minister Ashwani Vaishnaw dismissed the allegations on Monday, calling them “highly sensational,” “over the top,” and “an attempt to malign the Indian democracy.”

Minutes after his statement in Parliament, India's independent The Wire website -- part of the media consortium -- revealed that his name also appeared on the list as a potential surveillance target in 2017. He was not a member of Modi’s Bharatiya Janata Party at that time.

NSO Group has said it only sells its spyware to “vetted government agencies” for use against terrorists and major criminals. The Indian government has so far dodged questions over whether it is a client of the group.

A list of more than 50,000 cellphone numbers was obtained by the Paris-based journalism nonprofit Forbidden Stories and the human rights group Amnesty International, which was then shared with 16 news organizations.

Journalists were able to identify more than 1,000 individuals in 50 countries who were allegedly selected by NSO clients for potential surveillance, including 300 verified Indian numbers, The Wire reported.

The source of the leak — and how it was authenticated — was not disclosed. A phone number’s presence in the data does not necessarily mean an attempt was made to hack a device, Amnesty International said.

In India, the investigation fueled a slew of angry reactions from officials.

Home Minister Amit Shah called the investigation an attempt to “derail India’s development trajectory through their conspiracies” and said it was “timed to cause disruptions in Parliament.”

The former IT minister, Ravi Shankar Prasad, said there was “not a shred of evidence linking Indian government or the BJP” to the allegations. Prasad called it an international plot to defame India.

Rights groups say the findings bolster accusations that not just autocratic regimes but also democratic governments, including India, have used the spyware for political ends.

It has also intensified concerns of a democratic backsliding and erosion of civil liberties under Modi. Recently, the Washington-based Freedom House downgraded India, the world’s most populous democracy, from “free” to “partly free.”

Rahul Gandhi, the most influential Indian name revealed so far, was Modi’s main challenger in the 2014 and 2019 general election. Two of his phone numbers used between mid-2018 and mid-2019, in the runup to the election, appear on the list.

Gandhi no longer has the devices so it was not possible to analyze them to determine if they had been hacked, The Wire reported. They also found at least nine numbers of people in Gandhi’s circle.

The list also included Gangandeep Kang, a top virologist, Prashant Kishor, a longtime political strategist who helped Modi to power in 2014 but is now one of his strongest opponents, and Ashok Lavasa, a former top official in India’s Election Commission.

Phone numbers of a Supreme Court staffer who accused the former chief justice, Ranjan Gogoi, of sexual harassment in 2019, also appeared in the data just days after she recorded her allegations. Gogoi was later cleared of the allegations, which he had denied.