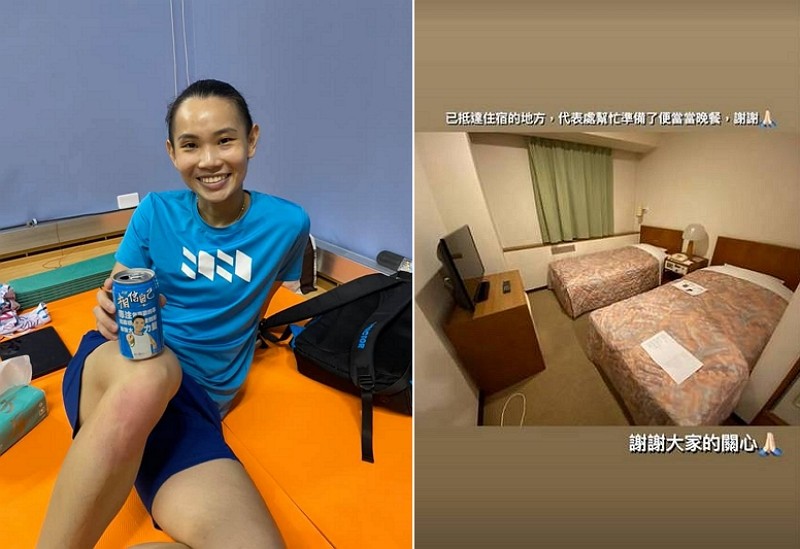 TAIPEI (Taiwan News) — The sports authorities in Taiwan are facing public scrutiny for a series of controversial Olympics arrangements involving flight seating and the accommodation chosen for the country's athletes.

At the heart of the matter is the world’s No. 1 badminton player, Tai Tzu-ying (戴資穎). The Taiwanese olympian has complained about having to fly economy to Tokyo, and her Instagram post about the hotel room she would be staying in has caused a stir among Taiwanese netizens, who believe she deserves better lodging.

The country’s badminton team will be staying at the Marroad Inn Tokyo, where room rates range from NT$2,400 (US$86) to NT$3,400 a night. Netizens were enraged over what they perceived as less-than-satisfactory lodging while sports officials are offered better accommodation at Mimaru Tokyo Shinjuku West, which costs around NT$5,000 a night, wrote UDN.

Apparently seeking to placate her furious supporters, Tai said Tuesday (July 20) that the hotel is only a 10-minute drive from the badminton stadium, allowing the contestants more time to rest.

According to the Sports Administration’s pre-Olympics inspection report in 2019, the hotel was selected for its proximity to the venue hosting badminton events. Taiwanese athletes competing in badminton, shooting, golf, equestrianism, and cycling sports are not residing in the athletes’ village, according to CNA.