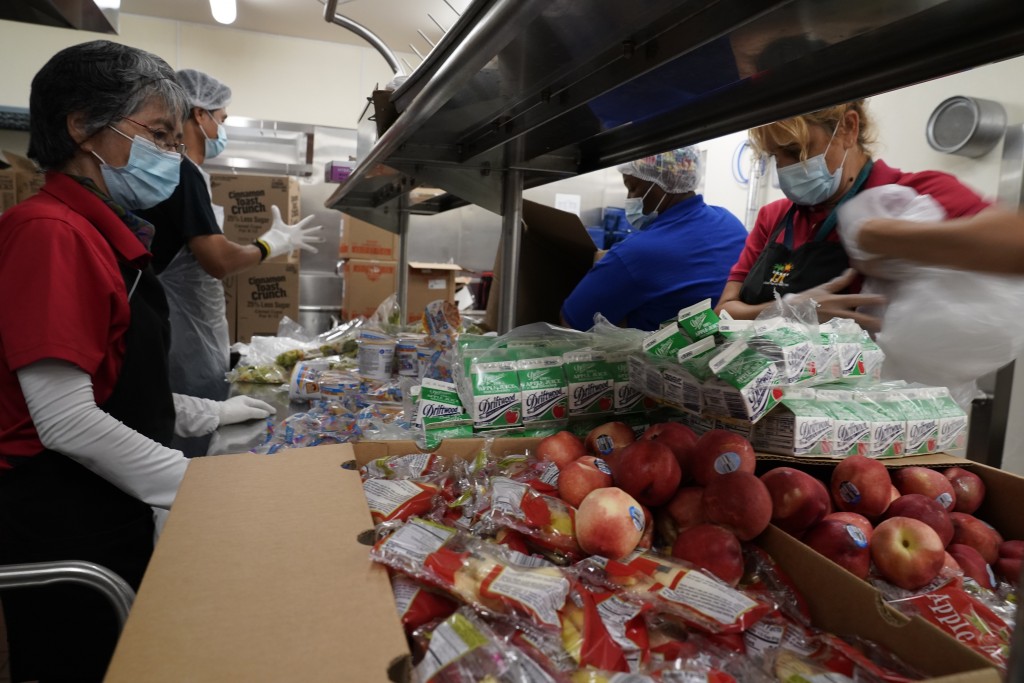 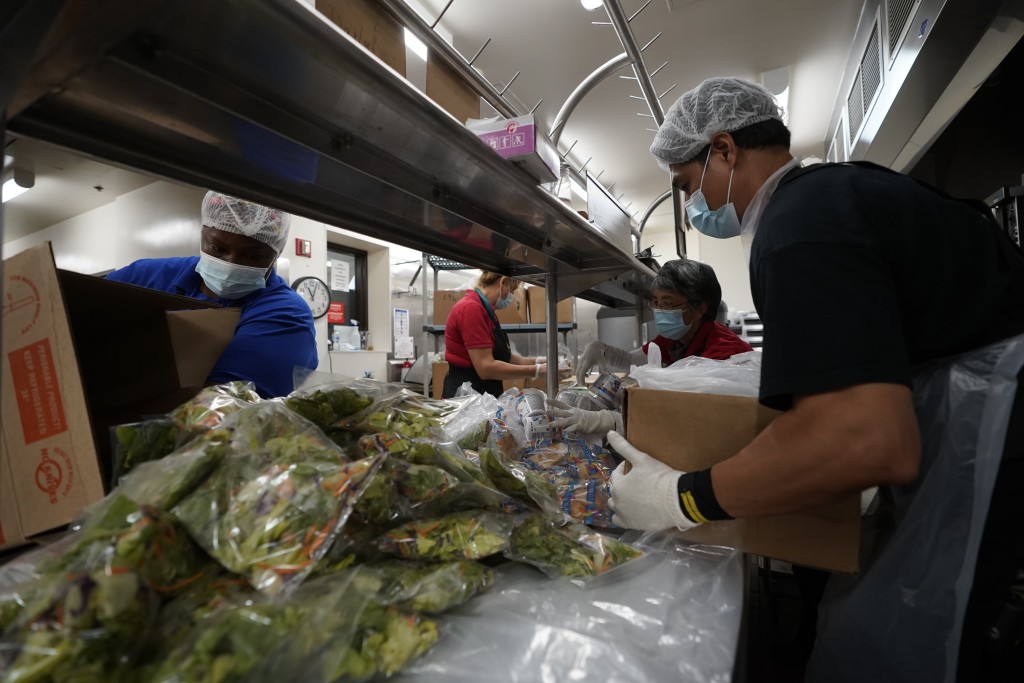 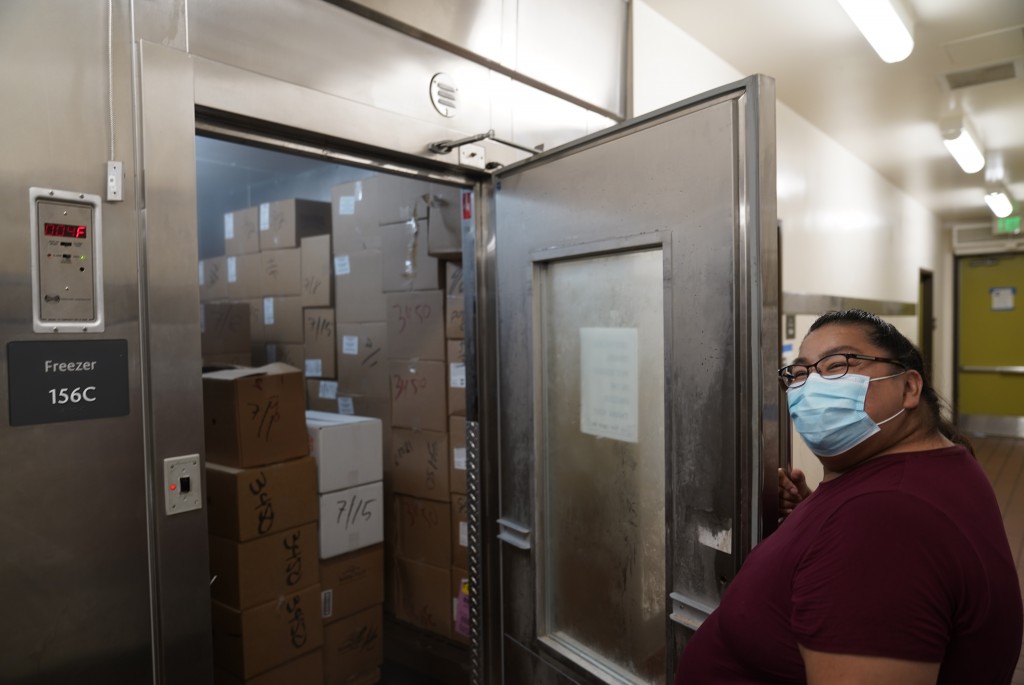 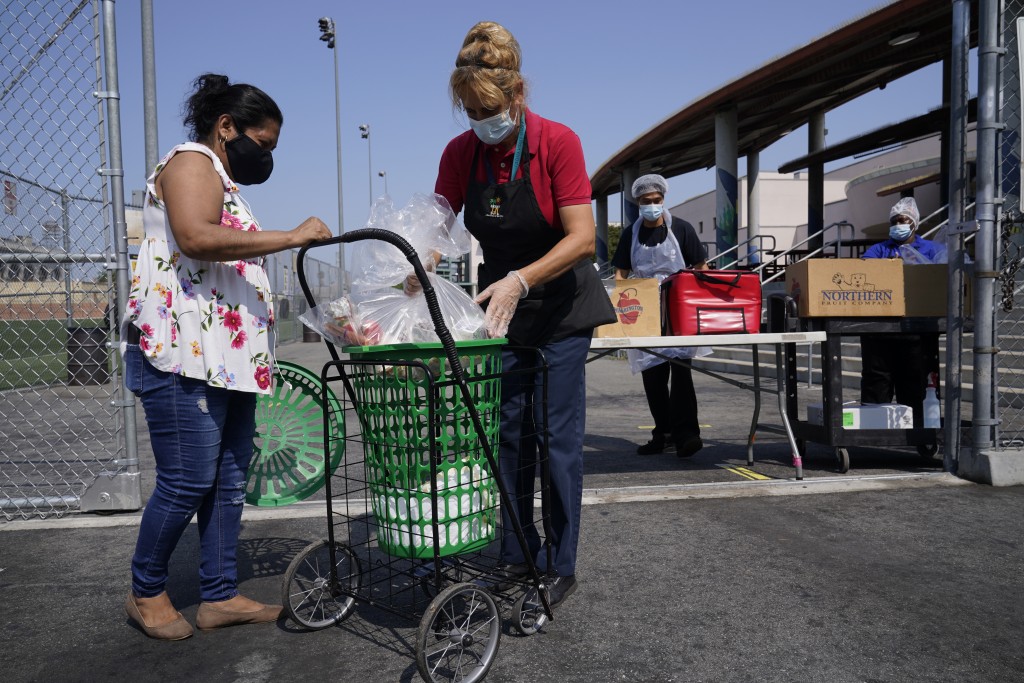 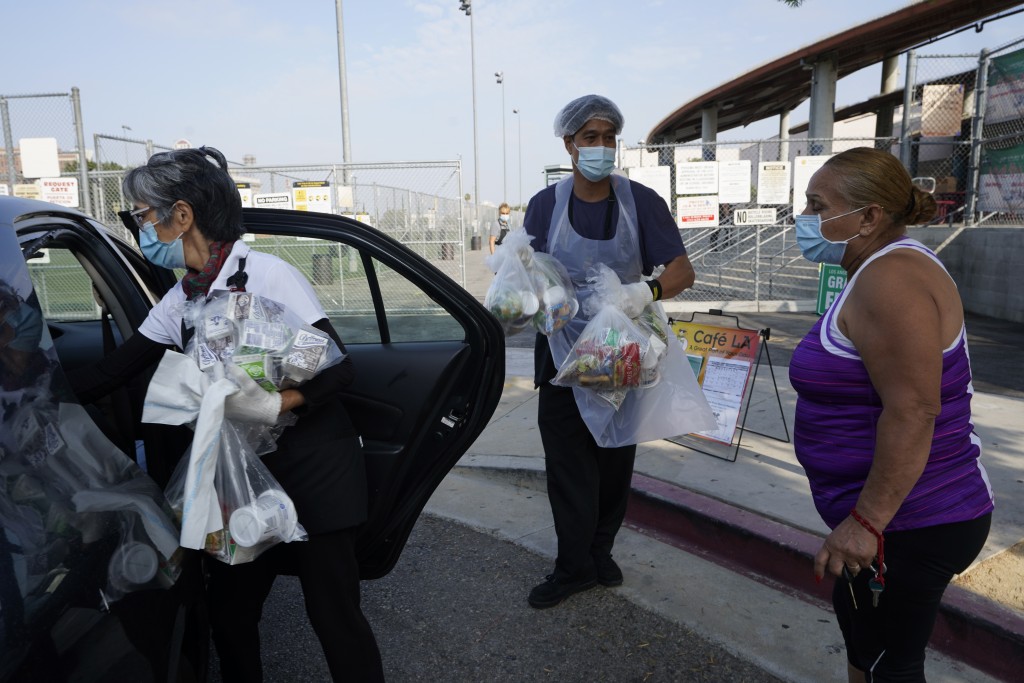 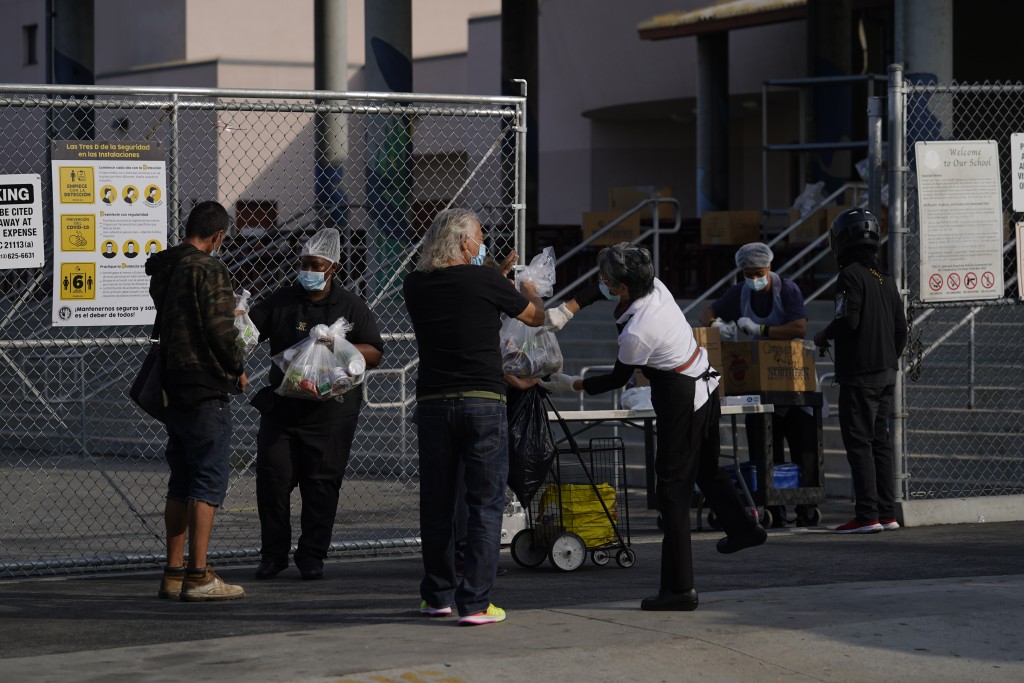 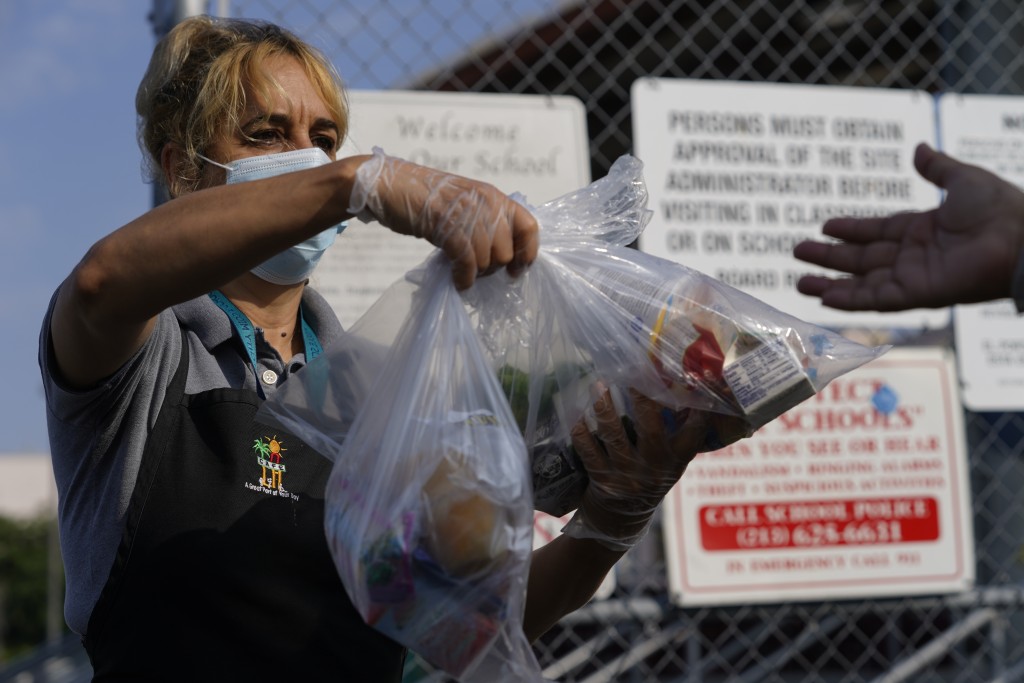 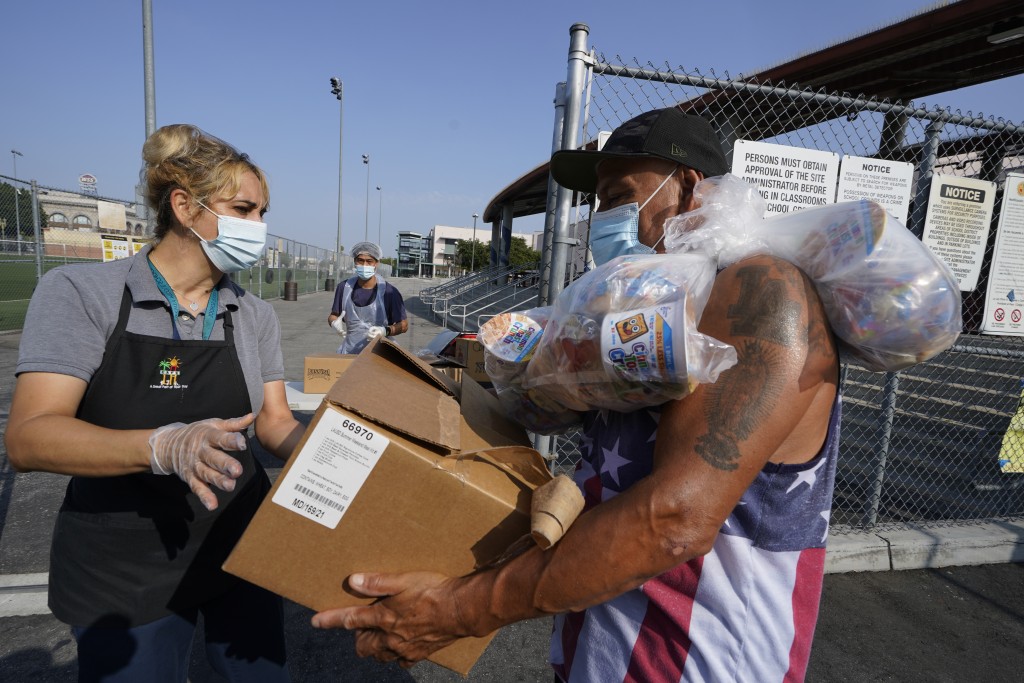 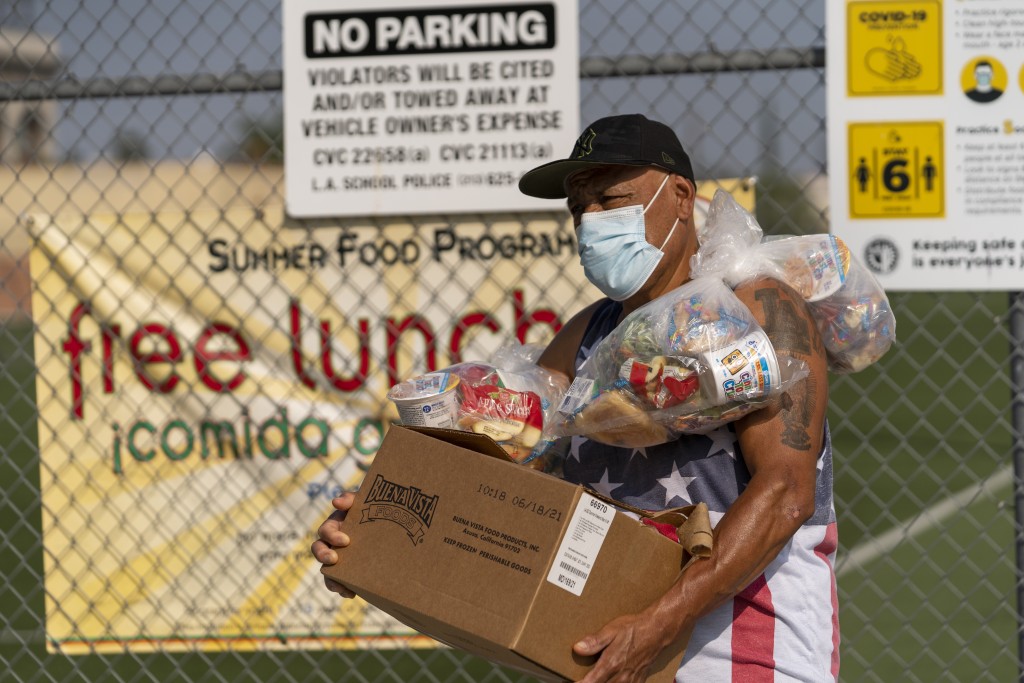 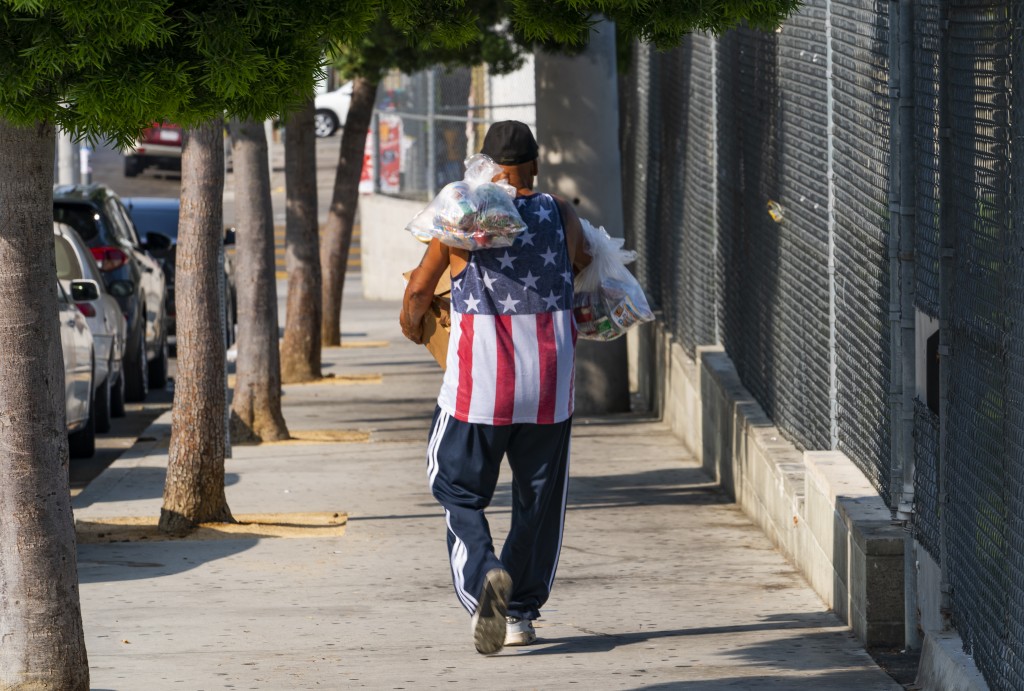 SAN FRANCISCO (AP) — When classrooms in California reopen for the fall term, all 6.2 million public school students will have the option to eat school meals for free, regardless of their family’s income.

The undertaking, made possible by an unexpected budget surplus, will be the largest free student lunch program in the country. School officials, lawmakers, anti-hunger organizations and parents are applauding it as a pioneering way to prevent the stigma of accepting free lunches and feed more hungry children.

“This is so historic. It’s beyond life-changing,” said Erin Primer, director of food services for the San Luis Coastal Unified School District on California’s central coast.

Several U.S. cities including New York, Boston and Chicago already offer free school meals for all. But until recently, statewide universal meal programs were considered too costly and unrealistic. California became the first state to adopt a universal program late last month, and Maine followed shortly after with a similar plan.

“We’ve completely leveled the playing field when it comes to school food,” Primer said. The extra funding will also allow her to offer tastier, better quality food such as fresh bread, produce and cheese from local producers, she said.

Under federal rules, a family of four must make less than $34,000 a year to qualify for free meals and $48,000 to qualify for reduced-price meals. The caps shift annually but are based on federal poverty measures that don’t take into account the high cost of living and taxes in California.

“So it’s just for the most poor families, and not even all of them because some people failed to sign up or were fearful to sign up," said Kat Taylor, a philanthropist and major funder of the Center for Ecoliteracy and the TomKat Ranch that backed California's plan.

About 60% of California students qualify, but experts say the number of children who need food assistance is much higher in a state with vast income inequality. Communities of color are disproportionately affected and immigrant communities in particular are fearful of applying because of detailed forms that ask intrusive questions such as their family income, Social Security number and children's immigration status.

Schools reported a declining percentage of families applying for free and reduced-price meals during the Trump administration, which attempted to tighten immigration policies and public benefits.

Like school officials statewide, Primer has countless tales of children who struggled to pay for school meals or were too ashamed to eat for free. There was the child whose mother called Primer, distraught because she made a few hundred dollars too much to qualify; the father who is in the country illegally and feared that filling out the free meal application could get him deported; and constant cases of high schoolers not wanting friends to know they need free food, so they skip eating.

When the pandemic hit, it changed everything — including how school meals were served — and provided an impetus for the universal program, which had bipartisan, unanimous support. Lawmakers previously had only pursued targeted bills such as easing school lunch debt.

After schools shut in March 2020, many transformed their parking lots into pickup sites, and federal funding allowed schools to offer meals to anyone. There were no applications, qualifications and no questions asked.

The massive turnout showed how much families rely on the meals.

The Los Angeles Unified School District, the state’s largest with 600,000 students, handed out upward of 400,000 meals a day, said spokeswoman Shannon Haber. San Luis Coastal, with 7,500 students, gave out 30,000 meals a week at the height of the pandemic, nearly triple the number before. The district includes the wealthy city of San Luis Obispo and lower-income areas.

“I thought it was a pipe dream for a long time,” said Sen. Nancy Skinner, a longtime advocate for universal free meals.

Backed by over 200 organizations in a coalition called “School Meals for All,” Skinner and other lawmakers pushed for funding in the state budget, seizing the momentum at a time when California is flush with cash. The $262 billion budget provides $54 million for the coming school year, supplementing funding from the Biden administration through June 2022. After that, California will spend $650 million annually.

“If you’re a hungry child, you’re not going to learn well,” said Skinner, a Democrat representing Berkeley. “Why should we have to go through a bureaucratic hassle to get a kid fed, when we could just have universal meals?”

Senate Education Committee Republicans supported the plan as a way to help families struggling with California’s high cost of living. Sen. Brian Dahle, a Republican from a largely rural area of Northern California, said he had watched kids at his children’s school steal leftover food when cafeteria workers weren’t looking.

“For a lot of them that was their dinner and they were sneaking it or taking it off someone’s plate when they didn’t finish it,” said Dahle.

Schools rarely turn hungry kids away. But for children who didn’t qualify and needed lunch, their parents were billed and many racked up huge debts. In recent years some schools threatened to not let students graduate middle or high school until lunch debts were paid, or stamped the hands of students who owed money, said Jessica Bartholow, chief of staff for Skinner who previously was an anti-hunger advocate.

Some schools would hire debt collectors to hound parents, but at the end of the year schools have to use general fund dollars to pay off lunch program debts, she said.

For Tina Self, a mother of three, avoiding the cost of $3 school lunches every day will be an enormous relief.

“It might seem like a little bit, but it helps a lot,” said Self, who lives in San Luis Obispo where a gallon of gas can cost just shy of $5 a gallon and rent is “crazy.”

“Lucky for us we both have a job and we have two running cars,” she said of herself and her husband. “But we’re barely making it as it is.”

Tony Wold, an associate superintendent of the West Contra Costa Unified School, says it's about time lunches were free.

“Just like you need to give students textbooks and a computer, there are certain things you need to do. And this is one of them," Wold said.

This story has been corrected to say that Kat Taylor is a major funder of the Center for Ecoliteracy, not its co-founder.