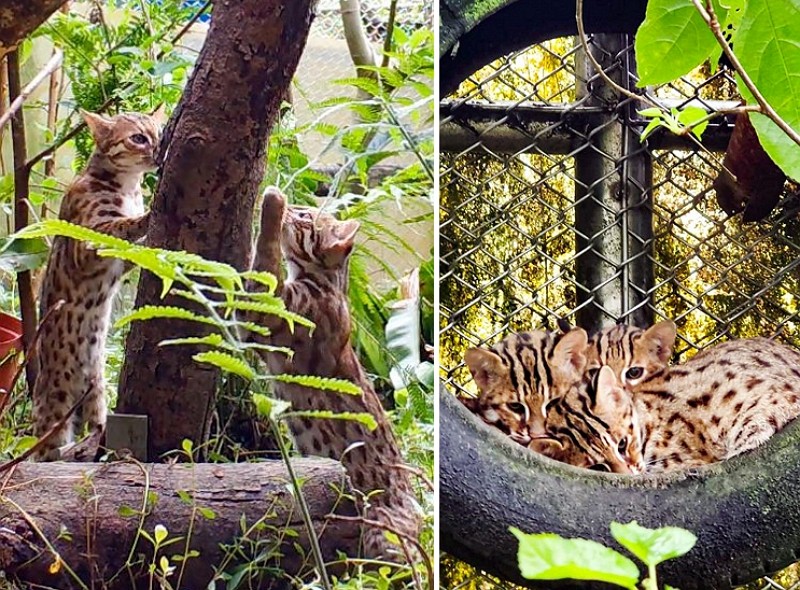 TAIPEI (Taiwan News) — A pair of leopard cats born at the Taipei Zoo will embark on a journey to learn the skills required for life in their natural habitat, and the event will be livestreamed on Facebook Tuesday morning (July 20).

The pair are a brother and sister from a litter of three kittens born in March, the first newborns of the endangered species the zoo has seen in 28 years. The project is part of a reproduction program in collaboration with the Endemic Species Research Institute (ESRI) and National Pingtung University of Science and Technology.

The kittens will be relocated to ESRI in central Taiwan's Nantou County after they acquire the know-how to survive in the wild, and ultimately they will be released. Their brother from the same litter will remain at the Taipei Zoo to play a key role in the leopard cat breeding effort, according to the zoo.

As a desensitization measure, cages for the cats’ transportation have been placed in the enclosure, with plenty of food. Their meals have also been adjusted to accommodate the imminent lifestyle change of hunting on their own, and live animals such as mice and loaches have been added to the menu.

The siblings will receive a health examination and have vaccines administered before their adventure begins around 11 a.m. on Tuesday. The public is invited to watch the live event via the Facebook page or YouTube channel of the Taipei Zoo.