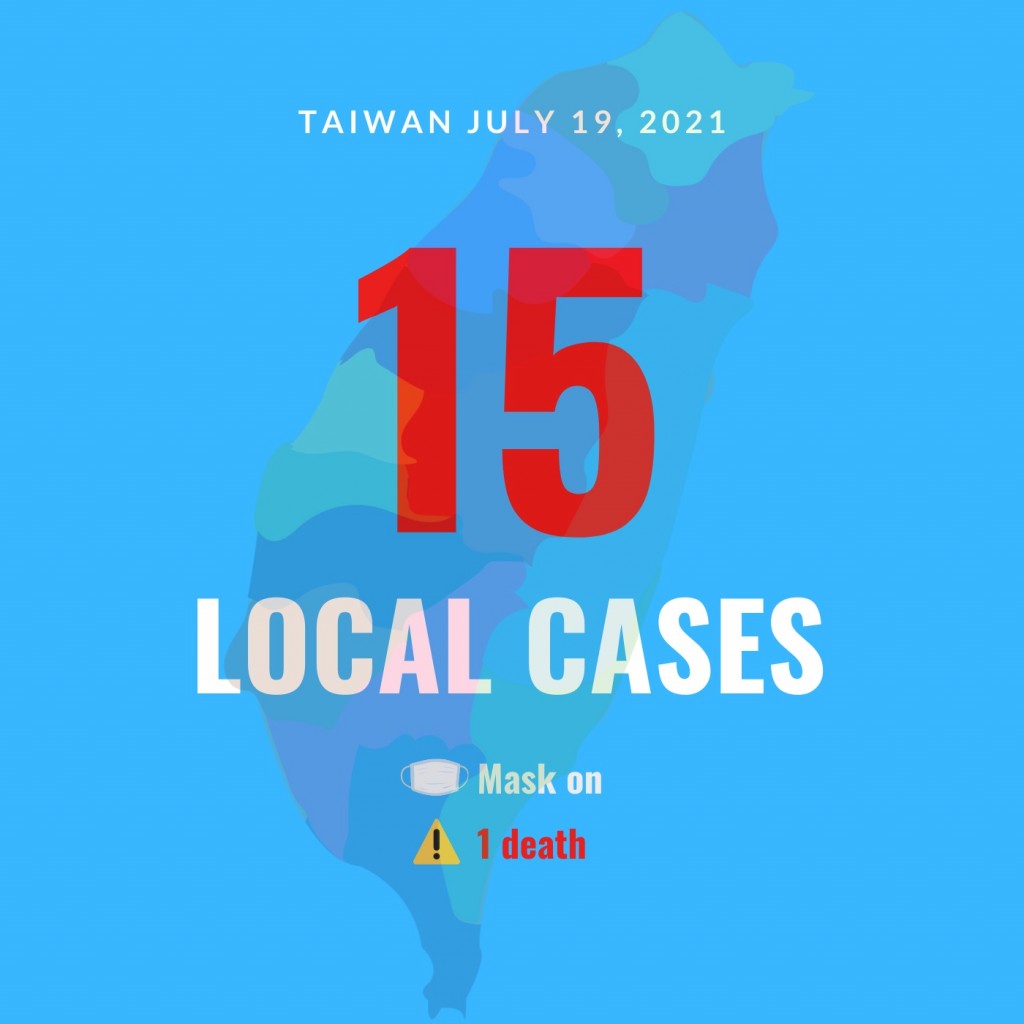 The latest local cases include eight males and seven females between the ages of five and 80, with the dates of symptom onset and testing ranging from July 14-17. As for the distribution of these cases, 11 were in New Taipei City, three were in Taoyuan, and one was in Taipei.

Chen said that the sole death reported on Monday, case No. 13,852, is a man in his 80s who had a chronic illness. Because he had come in contact with another confirmed case, he was tested for the virus on June 17 and tested positive on June 18, when he was admitted to a hospital isolation ward.

He was released from isolation on July 9. However, he died on July 17 due to "other reasons," according to the CECC.

Of the six imported cases reported on Monday, five were male and one was female, all between the ages of 20 and 50. They arrived in Taiwan from Argentina, the United Arab Emirates, Cambodia, Poland, Denmark, and the U.S. between May 28 and July 17.

A total of 106 people have been removed as confirmed cases, while 14 cases are still under investigation. Up until now, 769 individuals have succumbed to the disease.

Of the 761 deaths from local infections, 382 were in New Taipei; 291 in Taipei; 27 in Keelung; 23 in Taoyuan; 13 in Changhua County; 10 in Hsinchu County; four in Taichung; three in Miaoli; two each in Yilan and Hualien counties; and one each in Taitung, Yunlin, and Nantou counties and Kaohsiung. The eight other deaths were imported cases.