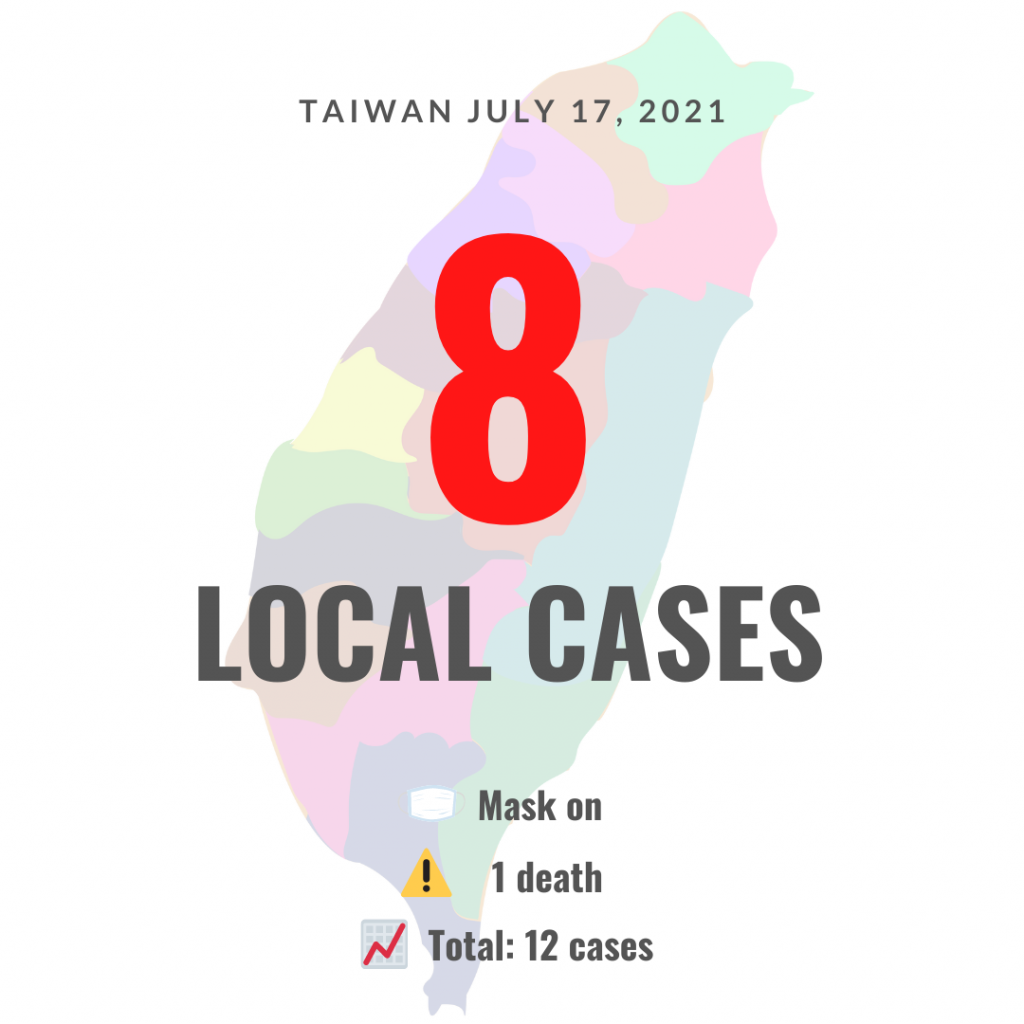 The numbers also amounted to sharp declines from the 29 local cases and four deaths recorded the previous day. Five of the new cases were recorded in New Taipei City, with Taipei City, Taoyuan City and Taichung City confirming one new case each.

Of the eight new cases, six were men and two were women, with ages ranging from 20 to 69, according to the CECC. The only fatality was a man in his 60s with a history of chronic illness. On May 22, he was confirmed as an asymptomatic case, and he passed away on July 15.

Taiwan’s latest total number of 15,390 coronavirus cases included 14,111 domestic cases, 1,226 imported ones, and 764 deaths. One case originally listed as a local infection had been reclassified as a case imported from the United States, the CECC said.

A total of 36 cases originated from last year’s voyage by the Taiwan Navy’s "Goodwill Fleet," two were infected on board a flight, one case was classified as unresolved, and 14 cases were still under investigation. A total of 106 earlier patients were removed from the list of confirmed cases.

After the number of new confirmed domestic infections suddenly ballooned to 180 on May 15, Taipei City and New Taipei City, and later the whole country, issued a level 3 COVID alert, which has since been extended several times, up until July 26. However, on July 13, a loosening of some restrictions was introduced, with movie theaters and museums among the establishments allowed to reopen for business but with preventive restrictions in place.