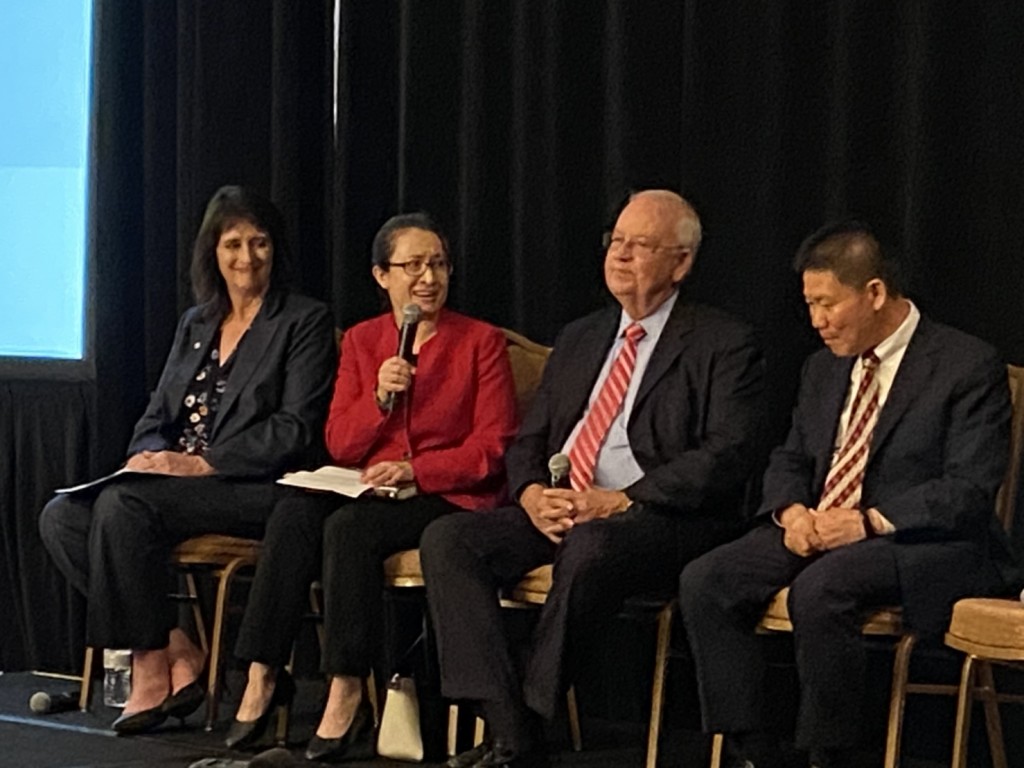 TAIPEI (Taiwan News) — As China ramps up its threats to invade Taiwan, the democracy's envoy to the U.S. spoke at a summit in Washington on Friday (July 16), calling for international support to defend the nation's security and sustain its status as a refuge for asylum seekers in the region.

The International Religious Freedom (IRF) Summit, which began at Omni Hotels on Tuesday (July 13), is the premier annual religious freedom summit and this year was co-chaired by former Ambassador at Large for International Religious Freedom, Sam Brownback. The three-day event is intended to increase public awareness of religious freedoms worldwide.

Taiwan's human rights activist Yang Sen-hong (楊憲宏) hosted a side event during the summit as the head of a non-profit organization dedicated to promoting human rights across the Taiwan Strait. High-profile Chinese human rights activists were also invited to participate, including the self-taught legal activist Chen Guangcheng (陳光誠) and Uyghur human-rights activist Gulzira Auelkhan, a survivor of the notorious Xinjiang re-education internment camps.

Speaking on a panel at the event, ChinaAid President Bob Fu (傅希秋) described Taiwan as a role model for religious freedom and said he hoped it could take on the role of a "Noah's Ark" to accommodate a growing number of asylum seekers in the region.

Taiwan's Representative to the U.S. Hsiao Bi-khim (蕭美琴) shared the country's longtime efforts to promote religious freedom. She also responded to Fu's comment likening Taiwan to Noah's Ark by saying the country was working hard on this but needs support from international society because of increasing military threats from China.