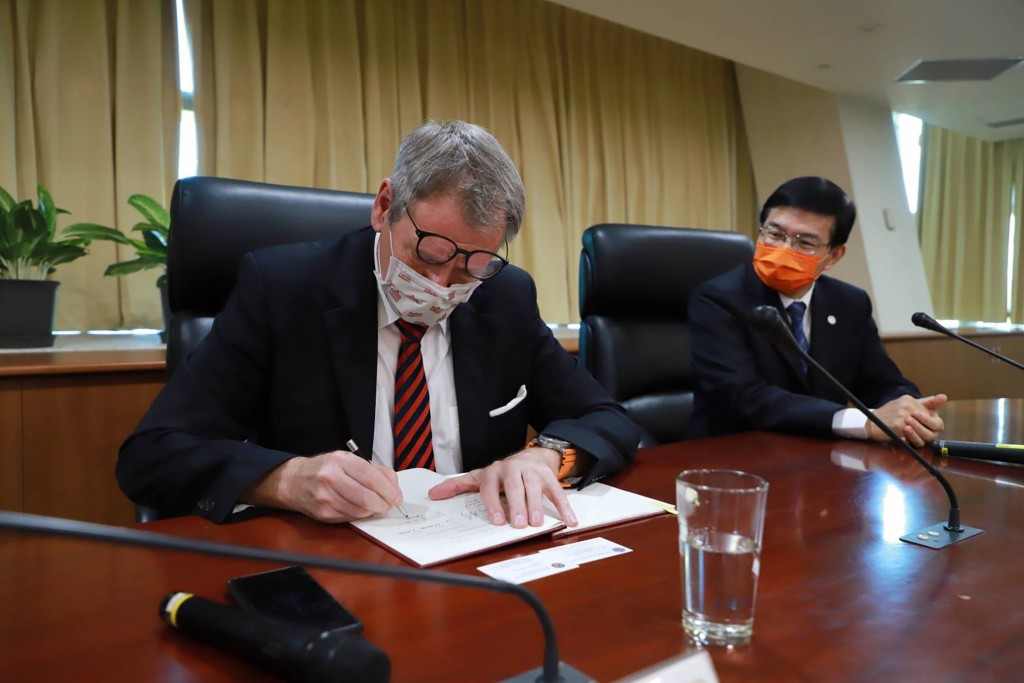 TAIPEI (Taiwan News) — Taiwan and Germany signed an aviation agreement Thursday (July 15) that will allow the number of flights between the two countries to increase from seven to 11 per week.

The virtual signing ceremony featured Taiwan’s envoy to Germany, Shieh Jhy-wey (謝志偉), and the German representative to Taiwan Thomas Prinz, CNA reported. The new agreement, which replaced one concluded 20 years ago, will also see weekly cargo flights increased from three to five, with stopovers allowed under the fifth freedom of the air.

Before the COVID-19 pandemic, China Airlines (CAL) operated seven flights a week between Taiwan Taoyuan International Airport and Frankfurt which were regularly 80 percent full, the Ministry of Transportation and Communications said. Once the pandemic is over, Taiwan’s airlines will be able to pick back up and add new routes, thanks to the agreement.

Germany is Taiwan’s top trading partner in Europe, the Ministry of Foreign Affairs (MOFA) pointed out, adding that since 2016, the countries have concluded agreements in a variety of fields, including energy, science and technology, innovation, and transitional justice.