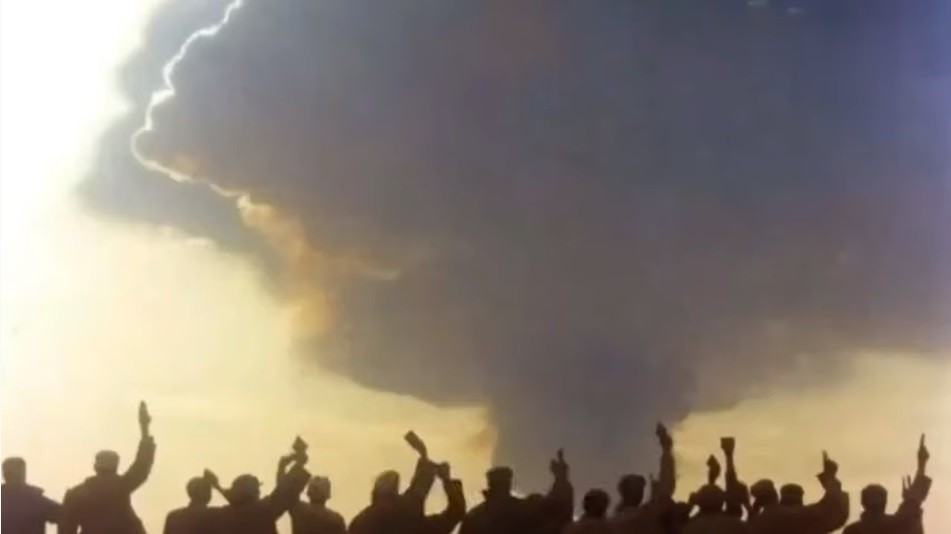 TAIPEI (Taiwan News) — A video reposted by a Chinese Communist Party (CCP) committee in northeastern China on Sunday (July 11) threatens to "continuously use nuclear bombs" against Japan if it attempts to interfere with a Chinese invasion of Taiwan.

On Sunday, the Baoji Municipal Committee of the CCP reposted a video to the YouTube-like platform Xigua. In the 5-minute video, created by military commentary channel "Liujun Taolue" (六军韬略), the narrator calls for nuclear attacks against Japan if it attempts to defend Taiwan from a Chinese attack, and also proposes a "Japan Exception Theory."

The video starts by saying that if Japan "dares to intervene with force" when China "liberates" Taiwan, the communist country will respond with an all-out war against Japan. It said the People's Liberation Army (PLA) will strike first with nuclear bombs and continue to use them until Japan surrenders unconditionally "for the second time."

After boasting about 60 years of nuclear arms development, the narrator announces that "we solemnly put forward the 'Japan Exception Theory,'" apparently suggesting that Japan become the exception to the "no first use" (NFU) nuclear warfare policy that China declared in 1964.

The narrator then gives a history lesson about atrocities committed by Japanese soldiers against the Chinese during the two Sino-Japanese wars and warns that if a third such war breaks out, the Chinese people will "take revenge for both old and new scores." It points out that Japan is the only country in the world to have suffered a nuclear attack, therefore, unleashing nuclear weapons upon Japan "will yield twice the result with half the effort."

The original video rapidly gained over 2 million views but was later deleted. Prior to its deletion, netizens posted it on Western social media platforms such as YouTube and Twitter.

Human rights activist Jennifer Zeng (曾錚) added English subtitles to the video and uploaded it to her Twitter account on Tuesday (July 13). Zeng also managed to download a follow-up video before it too was deleted.

In the second video, the narrator focuses on the numerical superiority and fighting will of PLA forces compared to their Japanese opponents. The video also claims that after Japan is defeated, China will break up its four main islands into independent countries under the "supervision" of China and Russia, which will both establish military garrisons there.

The narrator adds that Okinawa will be broken off from Japan and either be managed by China or made into an independent country. The video concludes with a vow to punish Japan Prime Minister Yoshihide Suga, former Prime Minister Abe Shinzo, and Deputy Prime Minister Aso Taro and force the Liberal Democratic Party and Japanese right-wing parties and organizations to pay "heavy war reparations."

#CCP Vows to Nuke #Japan if Japan defends #Taiwan. As Japan is the only country that has been nuked, so nuking Japan "will get twice the result with half the effort."
中共軍事頻道威脅對日本實施連續核打擊，直到日本第二次無條件投降。 pic.twitter.com/dp45R2LXtD