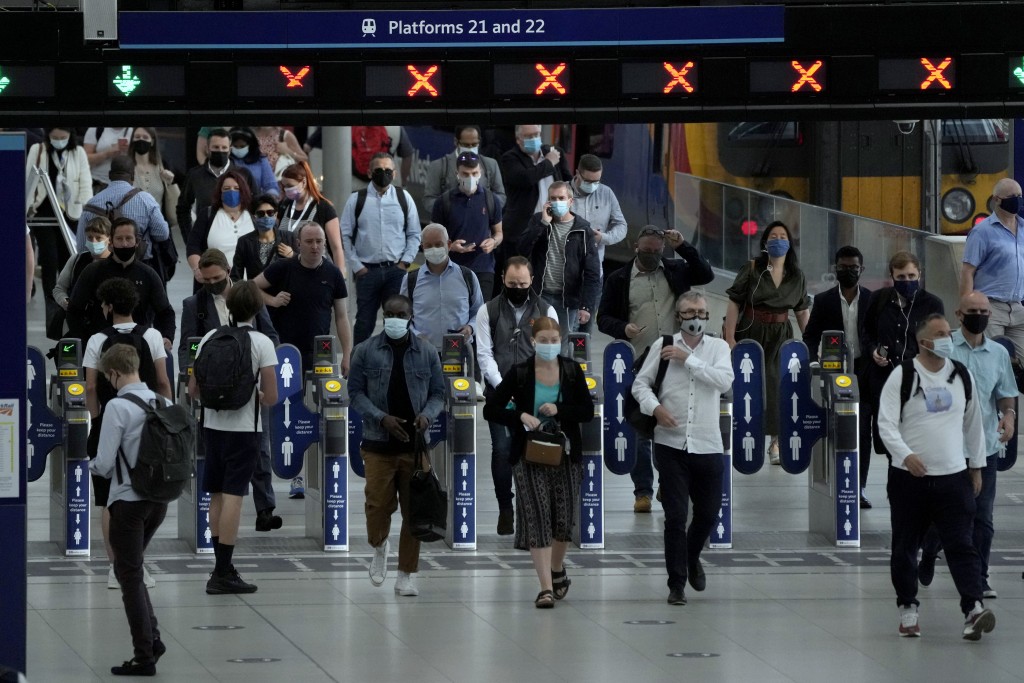 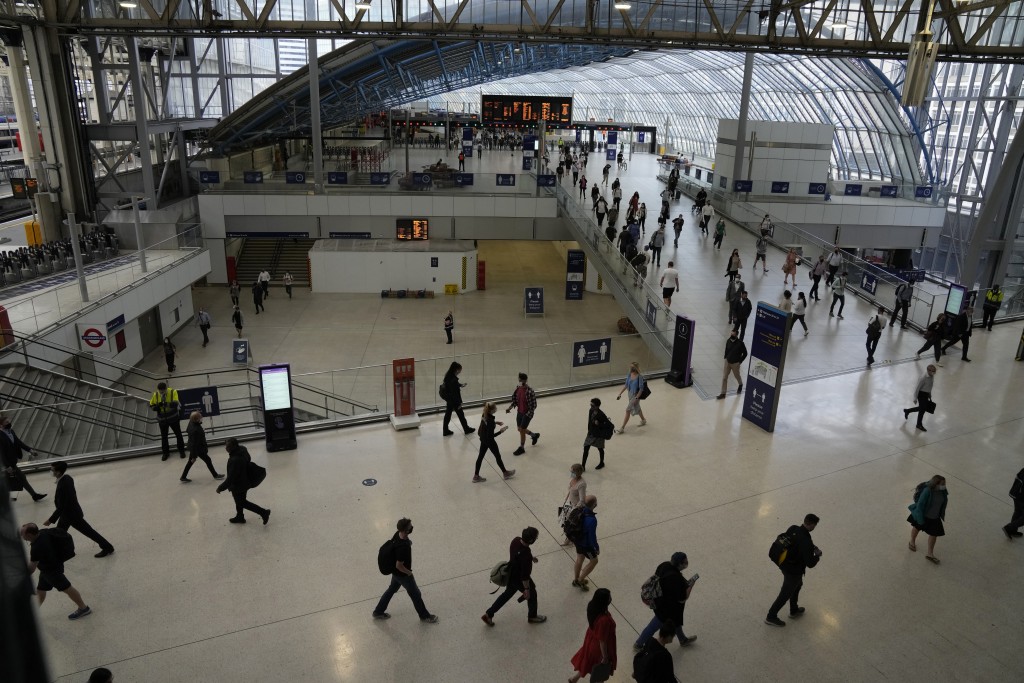 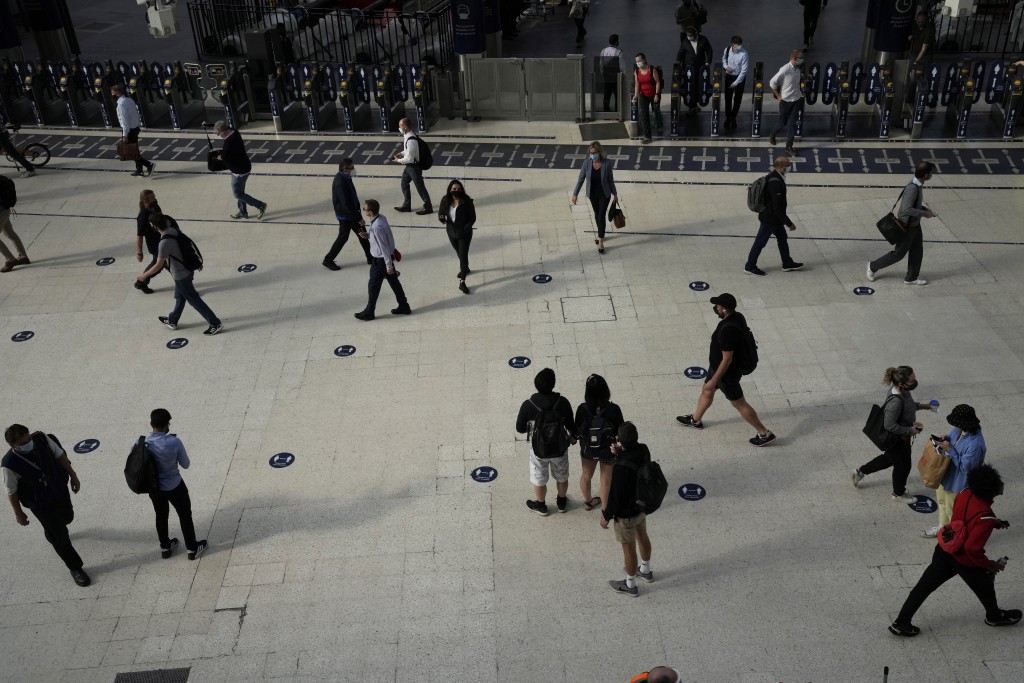 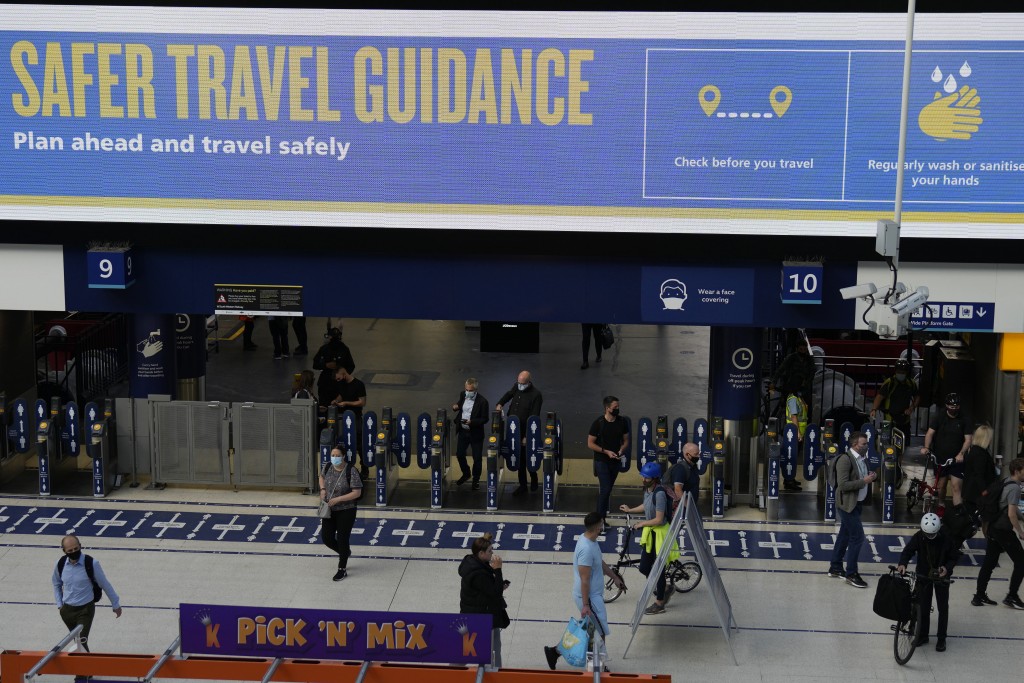 LONDON (AP) — For many, it’s common courtesy or a sensible precaution. For others, it's an imposition, a daily irritation.

The face mask — a highly charged source of debate, confusion and anger around the world during the coronavirus pandemic — is now dividing people as the crisis eases.

Britain is bracing for acrimony on Monday, when the government lifts a legal requirement to wear face coverings in most indoor settings, including shops, trains, buses and subways. Donning a mask in many places will stop being an order and become a request.

Already, people are split over how to respond.

But Lucy Heath, a filmmaker, said she would prefer to see masks remain mandatory on the subway and in supermarkets.

“I just think vulnerable people will feel that they don’t want to venture out,” she said.

The end of many pandemic restrictions next week — once touted in British newspapers as “freedom day” — comes as the U.K. faces soaring coronavirus cases and rising deaths, despite an inoculation program that has given two-thirds of adults both doses of vaccine.

On Friday Britain reported more than 51,000 new coronavirus cases, the highest daily total since January. Globally, the World Health Organization says cases and deaths are climbing after a period of decline, spurred by the more contagious delta variant. Last week there were nearly 3 million new infections and more than 55,000 lives lost around the world.

Against that backdrop, British politicians’ talk of freedom has been replaced with words of caution.

“This pandemic is not over,” Prime Minister Boris Johnson said this week. “We cannot simply revert instantly from Monday the 19th of July to life as it was before COVID.”

So while people no longer have to wear masks, they’re being told that they should.

The government says it “expects and recommends” masks to be worn by workers and customers in crowded, enclosed spaces such as shops. London’s mayor says masks will continue to be required on the city’s public transit system, and the National Health Service will insist on them in hospitals. And while the rules are changing in England, masks will still be mandatory in Scotland and Wales, which make their own health regulations.

Opposition politicians and some doctors have urged the government not to remove the mask mandate, while businesses and unions worry the change from mandatory to optional is a recipe for chaos.

“It is a real mess,” said Paddy Lillis, general secretary of retail workers union USDAW. “Protection for retail workers through wearing face coverings and maintaining social distancing in busy public areas like shops should be backed up by the law.”

The prime minister has appealed to Britons’ common sense. “I generally urge everyone to keep thinking of others and to consider the risks,” Johnson said.

It’s not always obvious, though, what the risks are. Most scientists say masks can help curb the spread of COVID-19 by preventing people who may be unknowingly carrying the virus from passing it on to others. But studies suggest masks may be useful only if a high percentage of people wear them.

“There is evidence to suggest it does good, but only if everybody does it,” said Graham Medley, a professor of infectious disease modelling who is on a panel of scientists advising the British government. “I understand the government’s reluctance to actually mandate it. On the other hand, if it’s not mandated, it probably won’t do any good.”

But Robert Dingwall, a professor of sociology at Nottingham Trent University who is also a government science adviser, said letting people “find their own comfort level” is a sensible move.

“We need to tolerate each other’s different risk appetites,” he said. “We’ve had all this behavioral science in the background, trying to encourage compliance through amplifying fear and anxiety. And that really needs to reverse tack. We should stop talking about the dangerous situations and start talking much more about the safe ones.”

Britain is not alone in grappling with masks. In recent months, Israel has reopened businesses, schools and event venues, lifting nearly all restrictions after it inoculated some 85% of its adults. Now cases are rising again, and authorities have reimposed a rule requiring people to wear masks indoors, as the country scrambles to contain the delta variant.

In the U.S., the Centers for Disease Control and Prevention says fully vaccinated people don’t need to wear masks in most settings, in contrast to the WHO, which advises them to cover up. Some U.S. states and cities are trying to decide what to do as cases rise again. Los Angeles County, the most populous county in the U.S., announced Thursday it is again requiring people to wear masks indoors, even if they are vaccinated.

In many East Asian countries, it was common even before the pandemic for people to wear masks when sick or on high-pollution days. There is little in the way of an anti-mask movement.

In the United States, however, they have become an often partisan issue, epitomized during the 2020 presidential election by the contrast between often maskless Republican Donald Trump and mask-wearing Democrat Joe Biden.

European nations are less divided, but recent research by King’s College London and pollster Ipsos MORI identified masks as a “culture war” fault line, dividing people in Britain in a similar way to Brexit and the Black Lives Matter movement.

The large majority who supported masks and other coronavirus restrictions tended to regard the minority who opposed them as selfish, hypocritical and closed-minded. A lower proportion of lockdown opponents said the same about the other side.

“The face mask is such a minimal object — this small piece of fabric, it’s a very low-tech device. But it’s become imbued with so much symbolic power,” said Deborah Lupton, professor at the Center for Social Research in Health at Australia’s University of New South Wales and co-author of the book “The Face Mask in COVID Times.”

A mask against COVID-19 “is an object which can offer some degree of certainty and protection in this very, very chaotic and uncertain and constantly changing risk environment,” she said. "I think for that reason alone, it has incredible power and significance.”

Associated Press writers Maria Cheng in London, Joe Federman in Jerusalem and Adam Schreck in Bangkok contributed to this story.