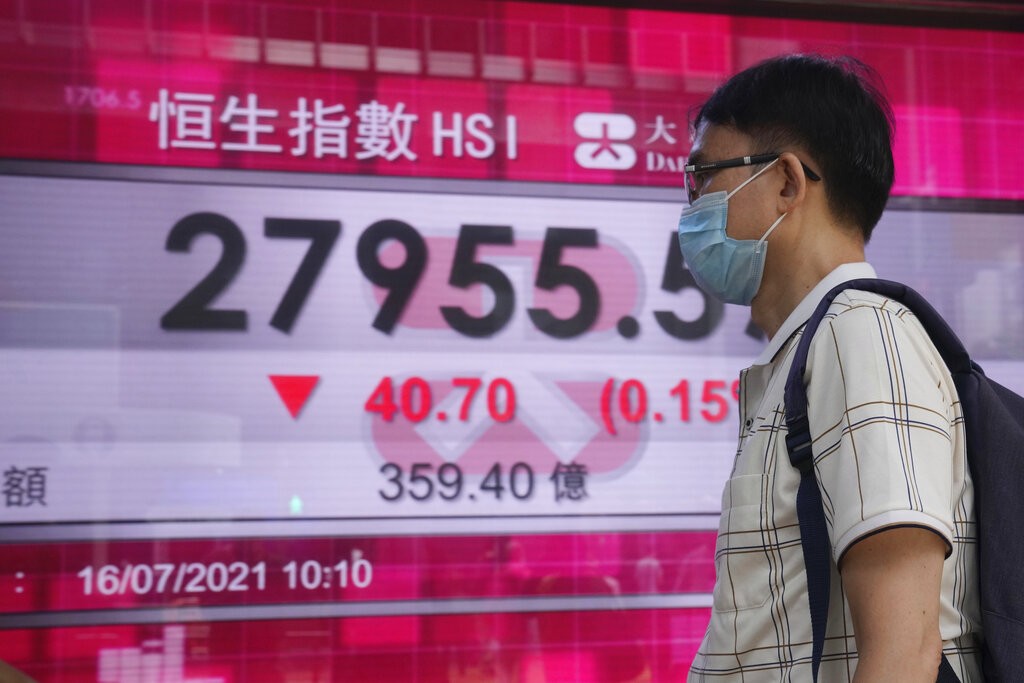 MSCI's broadest index of Asia-Pacific shares outside Japan (.MIAPJ0000PUS) lost 0.35%, weighed by a 1.2% fall in Taiwanese shares (.TWII) after TSMC's earnings on Thursday.

While the world's largest contract chipmaker posted record quarterly sales and forecast higher revenue for the current quarter, investors took profits, fearing its best times could already be behind it.

"Its earnings were excellent and to me, the market seems to be a bit overreacting," said Norihiro Fujito, chief investment strategist at Mitsubishi UFJ Morgan Stanley Securities. "But the fall in its profit margin led to the view that its growth momentum might be peaking out."

TSMC's fall weighed on many other semiconductor related shares in the region, with South Korea's Kospi (.KS11) down 0.6% and Japan's Nikkei (.N225) losing 1.1%.

While those indexes remained near record levels, supported by the prospects of an economic recovery, investors were turning wary on riskier, less liquid assets.

Investors instead flocked to bonds, after Federal Reserve Chair Jerome Powell reiterated that rising inflation is likely to be transitory and that the U.S. central bank would continue to support the economy.

Powell on Wednesday pledged "powerful support" to complete the U.S. economic recovery from the coronavirus pandemic, a message he repeated on Thursday.

The yield on inflation-protected U.S. bonds fell to minus 1.043% , a five-month low.

"Short positions in bonds simply don't work, so much so that you just lose vigour," said Arihiro Nagata, general manager of global investment at Sumitomo Mitsui Bank. "You can't fight the Fed when there is such a massive easing."

In foreign exchange, major currencies were little changed on the day but the dollar headed for its best weekly gain in about a month.

"Delta variants are raging in countries where vaccination is limited. In a way, the dollar and U.S. assets appear to be bought as a hedge against that," said Sumitomo Mitsui's Nagata.

Oil prices stayed under pressure after a compromise deal between leading OPEC producers and a surprisingly poor weekly reading on U.S. fuel demand.

Reuters reported on Wednesday that Saudi Arabia and the United Arab Emirates had reached an accord that should pave the way for a deal to supply more crude to a tight oil market.

A deal has yet to be finalised and the UAE energy ministry said deliberations are continuing.