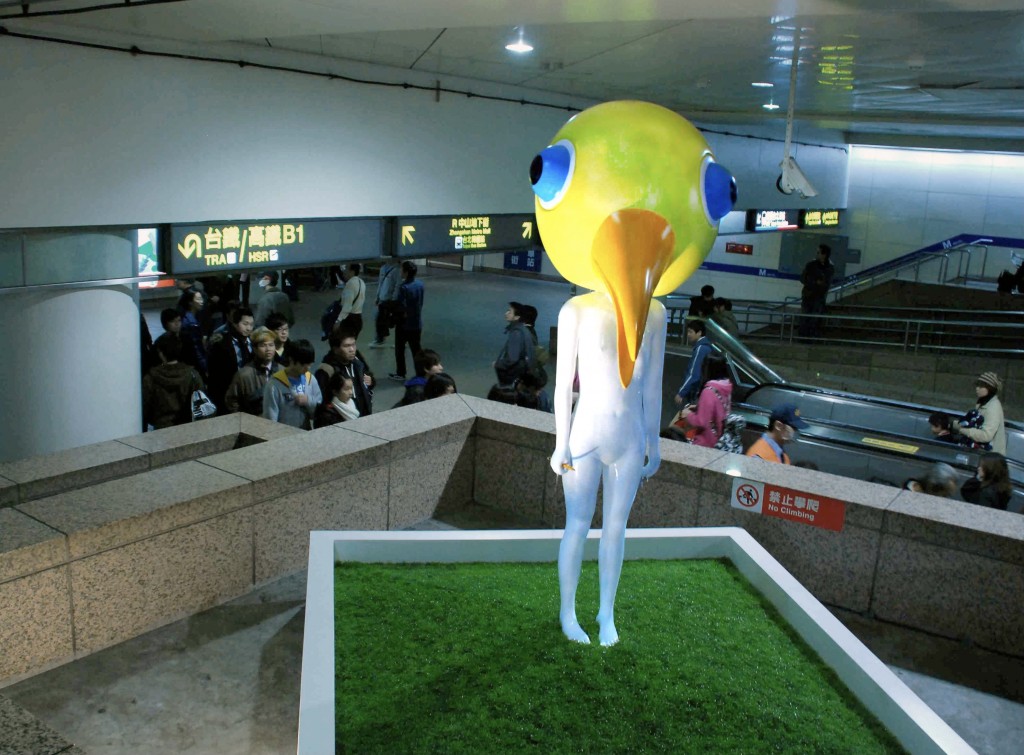 The Museum of Contemporary Arts (MoCA) explained in a Facebook post the sculpture was taken down on Tuesday (July 13) as the artwork needs maintenance, and the contract with Taipei Rapid Transit Corporation has expired.

"Daydream will be returned to artists Joyce Ho (何采柔) and Craig Quintero (郭文泰). They told Taiwan News “the sculpture’s schedule is open for the next few months,” if curators from Guggenheim Museum, Museum of Modern Art (MoMA), or other museums around the world are interested.

The 11-year-old sculpture was placed next to a staircase connecting Taipei Bus Station and MRT Taipei Station, near Zhongshan Metro Mall’s Exit 1, serving as an important signpost for disoriented passengers. Many netizens regretted the removal and commented, “Without it, it’s easier to get lost in Taipei Station.”

Quintero said he was “amazed to see the outpouring of responses after the sculpture was removed” and discover how the sculpture has become part of the physical and cultural landscape of Taipei City.

The “bird-head” sculpture depicts a girl with a bird head holding a pen and standing in the grass, with water flowing over her body. The girl will never grow up as she is in a static and dynamic state, between reality and fantasy.

The work was named “Daydream” in English and “Mengyou” (夢遊, "Sleepwalk") in Chinese, said Quintero, because the artwork represents the “liminal space between dream and reality in which the bounds and limits of logic and reason are fluid.” The making of "Daydream." (Joyce Ho and Craig Quintero photo) The making of "Daydream." (Joyce Ho and Craig Quintero photo)

Quintero said they started working on the bird sculpture in 2008, and the earliest version, which also included “50 small sculptures of the bird standing on a stool,” was exhibited at the Moon River Gallery in Beijing. The artists shared that they originally planned to reveal the lower half of a girl’s face below the bird-head, but they decided this would limit space for the imagination.

The work is made of fiber glass, stainless steel, and coated with fluorocarbon paint. Quintero said the biggest challenge he faced making the statue was “to keep the sculpture clean” after it was made. The artists recalled visiting "Daydream" every few weeks “with hand dusters and a bucket of water” to clean it at the beginning.