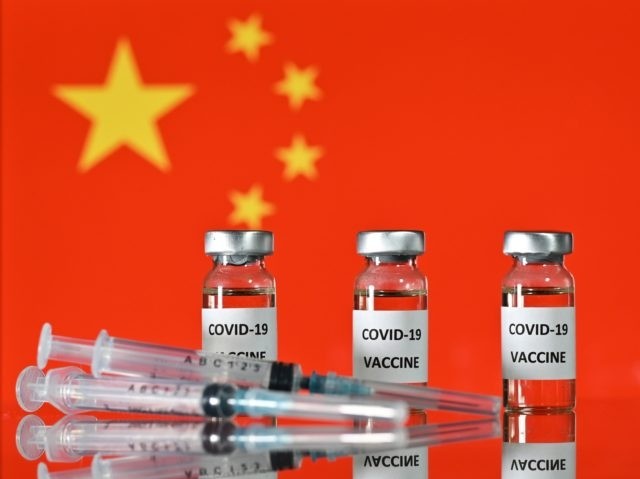 KAOHSIUNG (Taiwan News) – One of the fascinating observations that can be made of the recent COVID-19 outbreak in Taiwan is the contrast between the coverage we have seen in the Taiwan media with that outside the country.

It would be easy to watch Taiwan news programs and pick up the papers at 7-Eleven and think the country is just about keeping its head above water because of the supposed failed policies of Taiwan President Tsai Ing-wen's (蔡英文) administration.

Outside Taiwan, we are still held up on a pedestal as one of the countries that have handled and continues to handle the pandemic best. Why else would the U.K. have just added Taiwan to its green list of countries you can travel to without having to quarantine?

The same discrepancy in coverage can be seen in China’s interference, as Taiwan pursues vaccines. Criticism of the Chinese Communist Party’s (CCP) flagrant attempts to interfere in Taiwan’s sourcing of vaccines is widespread outside Taiwan, but to look at the media coverage here, you would think that it is the Tsai administration that is being unreasonable.

There are numerous examples of the CCP’s vaccine diplomacy in action. The Taiwan envoy to Germany has made it clear that, but for CCP interference, Taiwan would have taken delivery of 5 million BioNTech doses as early as March — without having to engage private sector representatives to get around the CCP’s roadblocks.

A closer look at the BioNTech deal that was eventually struck shows the Beijing government tried through the Shanghai Fosun Pharmaceutical Group Co Ltd to harvest Taiwan's medical records and audit Taiwan’s vaccination program in exchange for the vaccines. This demand was eventually dropped as it would have been a deal-breaker.

Then there were the shameless attacks on friendly countries like Japan and the U.S. that sent Taiwan vaccine supplies to help protect people from the COVID-19 outbreak.

The blunt truth is that, but for Chinese interference in Taiwan’s internal affairs, the Taiwanese would have been vaccinated much faster. Far from being attacked, Tsai and her government should be praised for finding innovative ways around this shameless vaccine diplomacy and making the progress they have.

Despite Chinese efforts, vaccines are now arriving in Taiwan in droves. The latest batches of 1.86 million doses came from Japan, Thailand, and Luxembourg, on Thursday (July 8), with millions more to follow.

Vaccination rates are on the rise across the country with the roll-out program expanding rapidly. Taiwan managed more than 200,000 doses in a single day earlier this week and the success of the scheme can be seen in the fact that registration for vaccines is now open to everyone over 18 years old.

The effects of the vaccine programs and the government’s measured response to the recent outbreak can also be seen in the latest COVID-19 data, which shows that deaths have dropped back to single figures and cases are now consistently in the low double figures too.

That is not to say that everything is fine. There are still areas of concern that the media in Taiwan should be raising.

Central to this is the issue of fake news, which is still circulating in vast quantities and as well as creating an unnecessary sense of fear, is also deterring people from getting vaccinated. The opposition KMT party is as guilty of spreading this as their allies in the media.

The government has also made a strategic error in giving people a choice of which vaccine to take, something which very few other countries have done. Fake news about the AstraZeneca vaccine means there is a reluctance to take this, which is likely to mean vaccines going unused and people needlessly remaining unvaccinated and at risk until their preferred vaccine is available.

But the fact remains that cases are down, deaths are down, the R number is down, vaccinations are gathering pace, and there is an international recognition that once again, Taiwan’s handling of this outbreak has been exemplary.