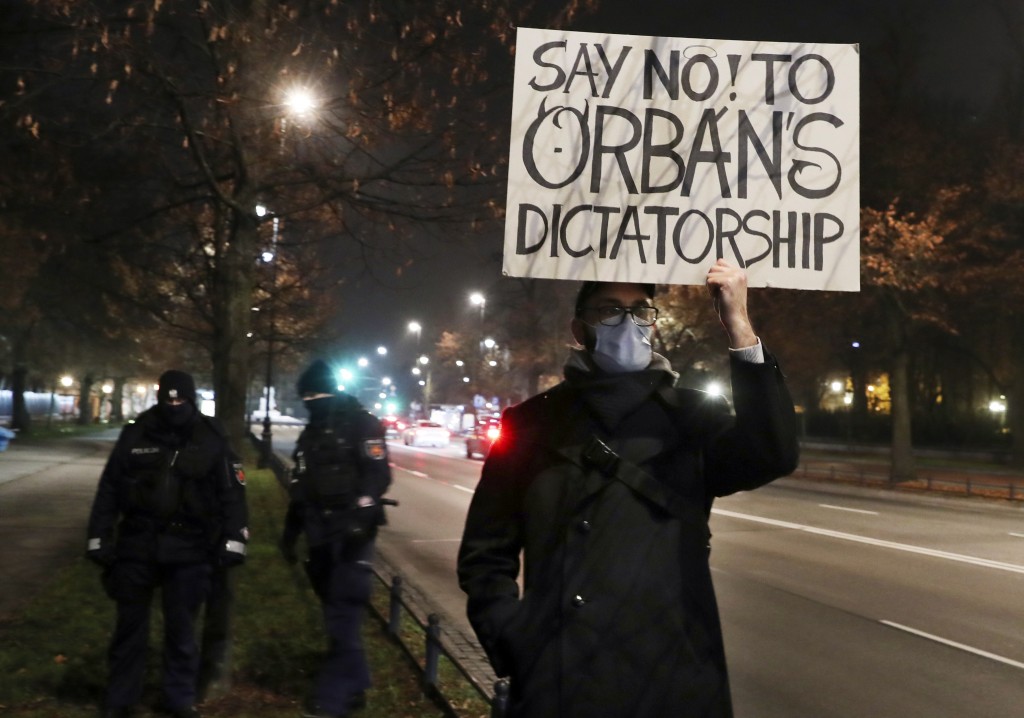 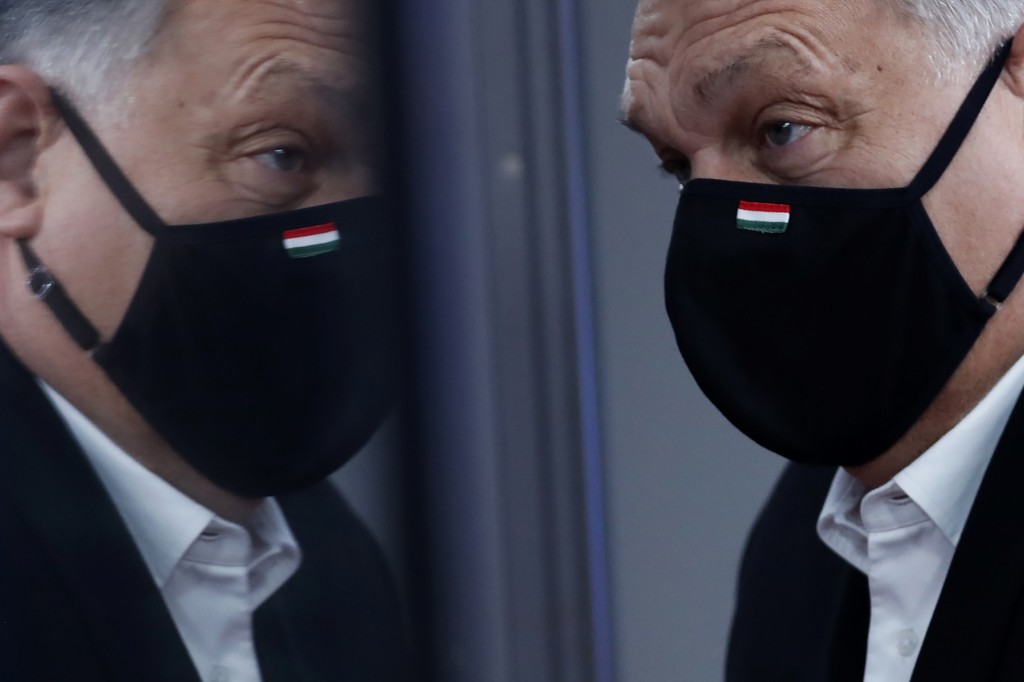 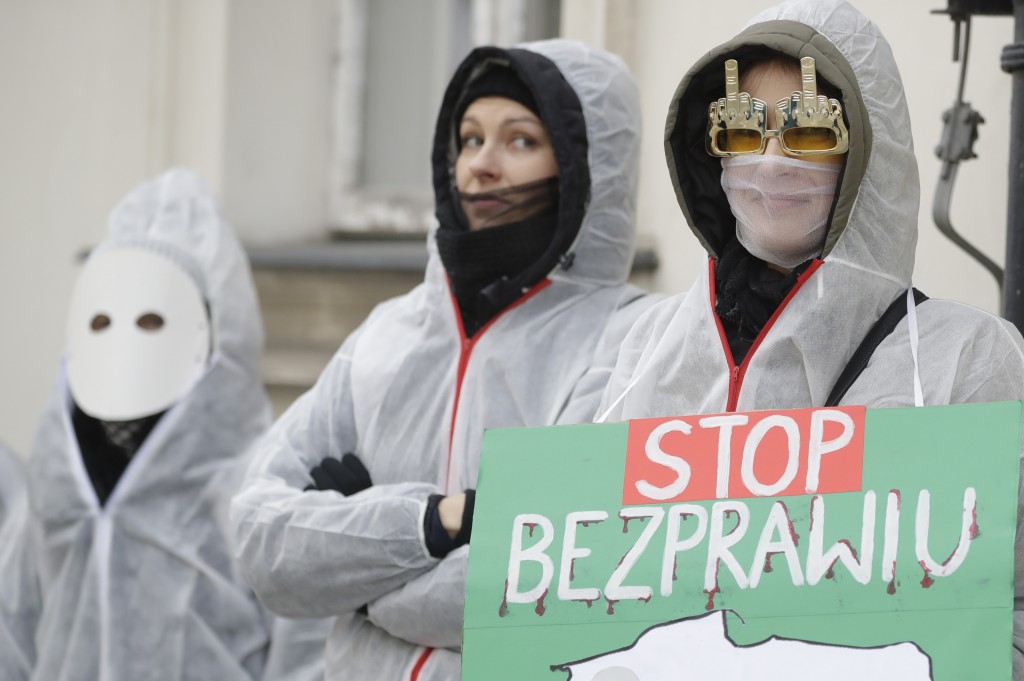 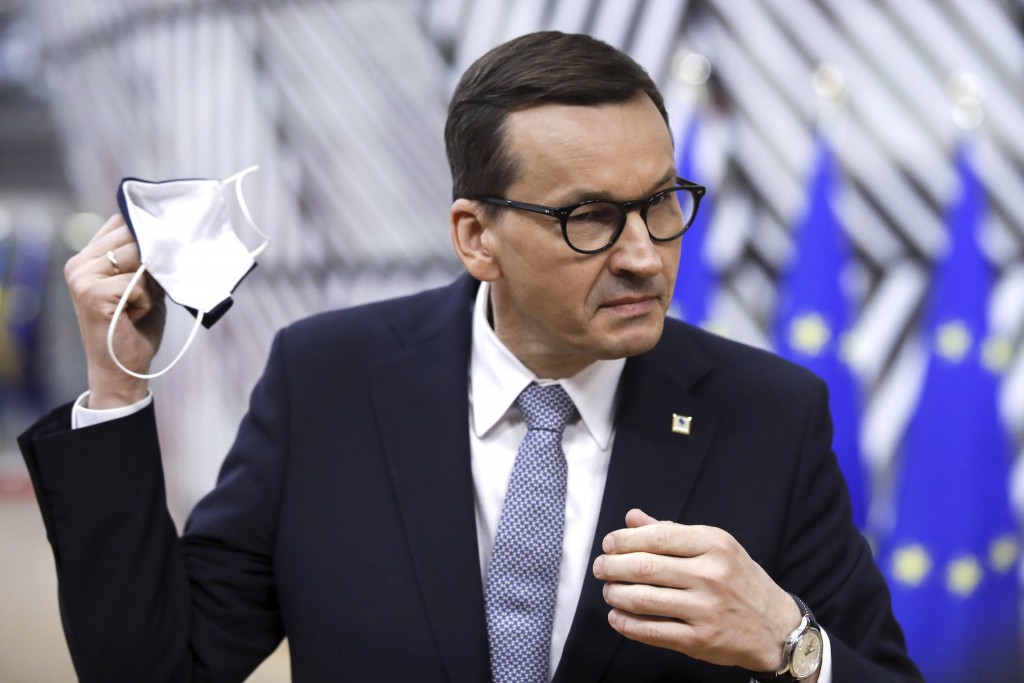 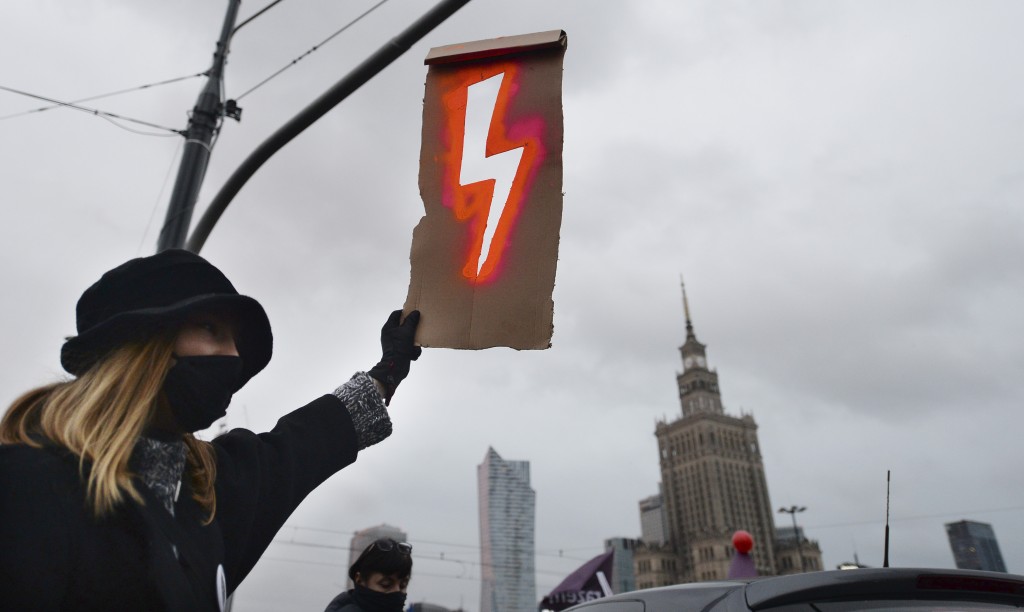 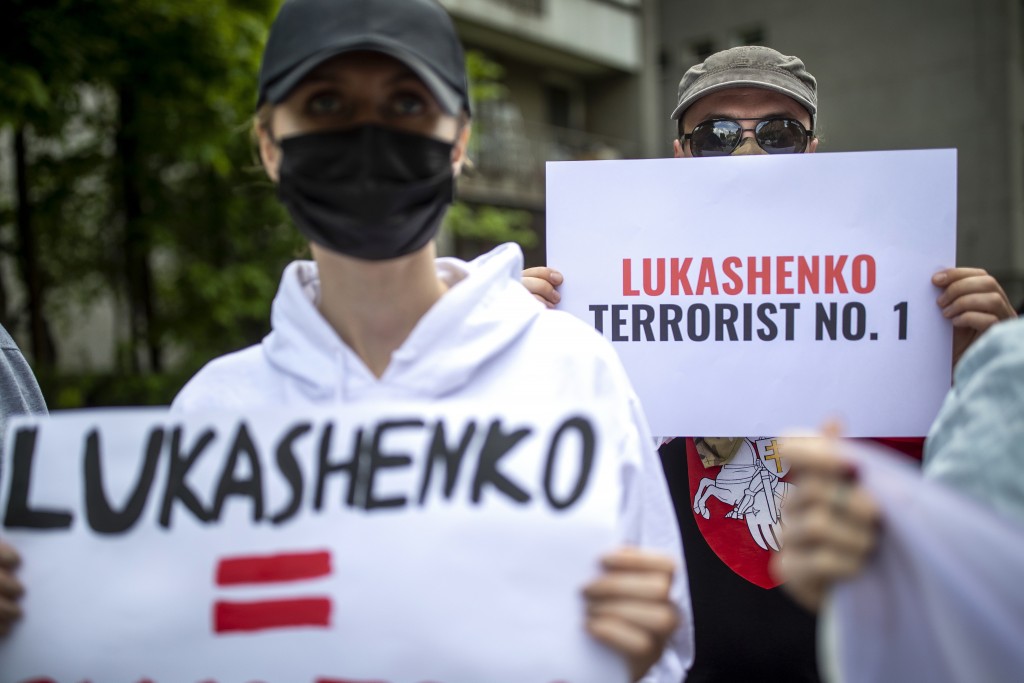 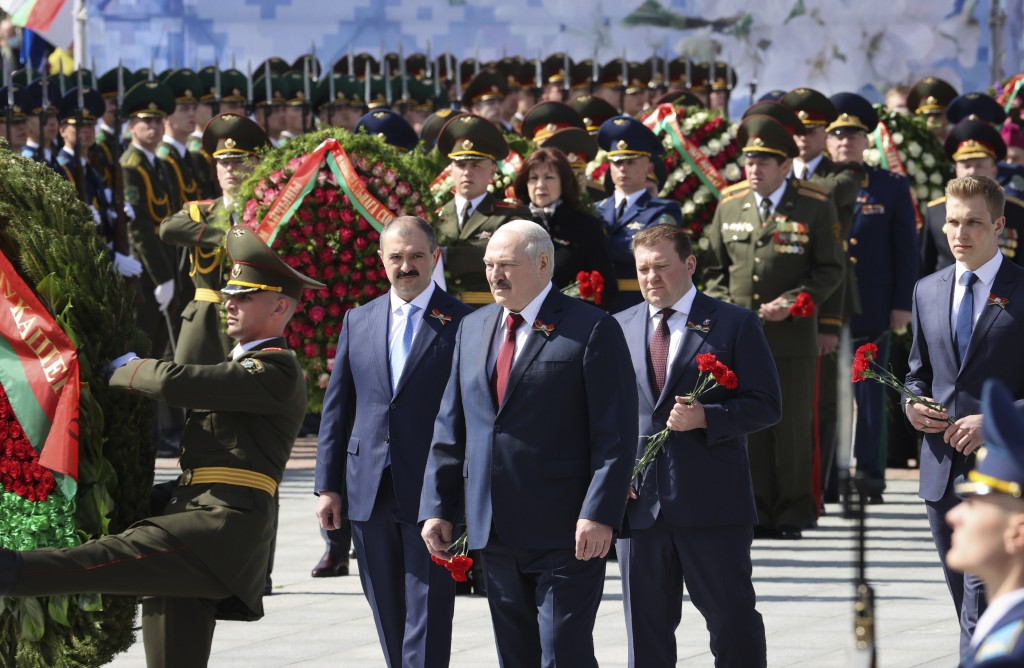 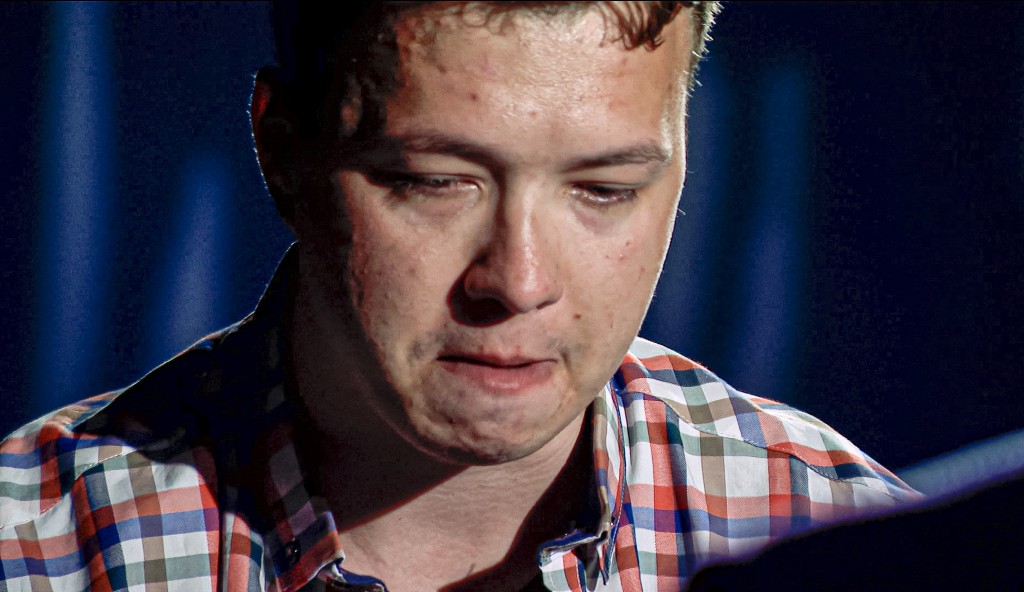 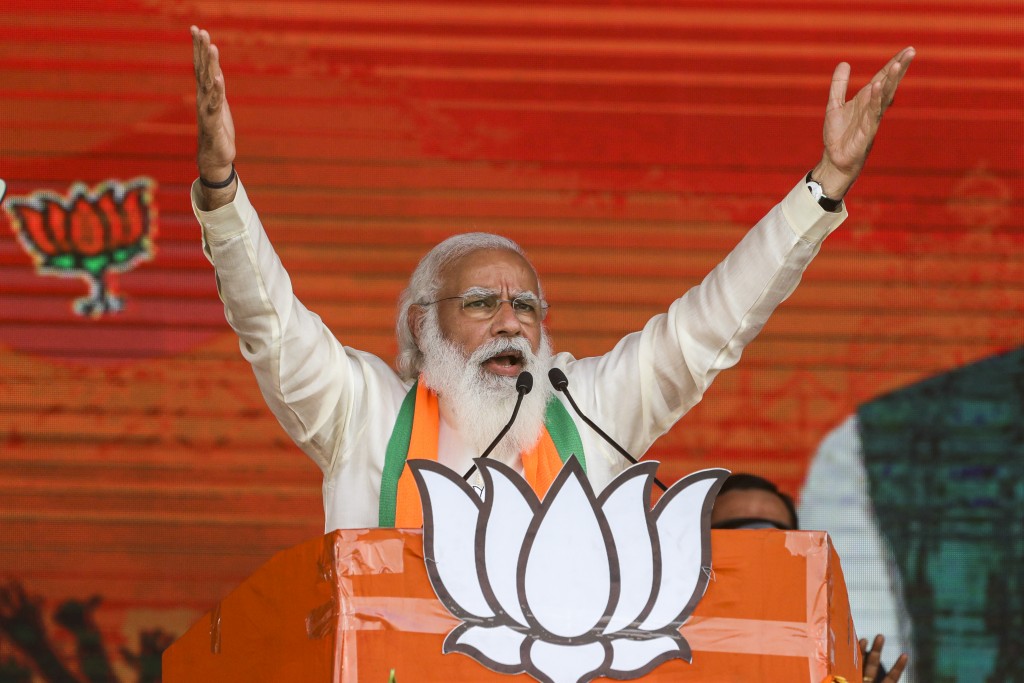 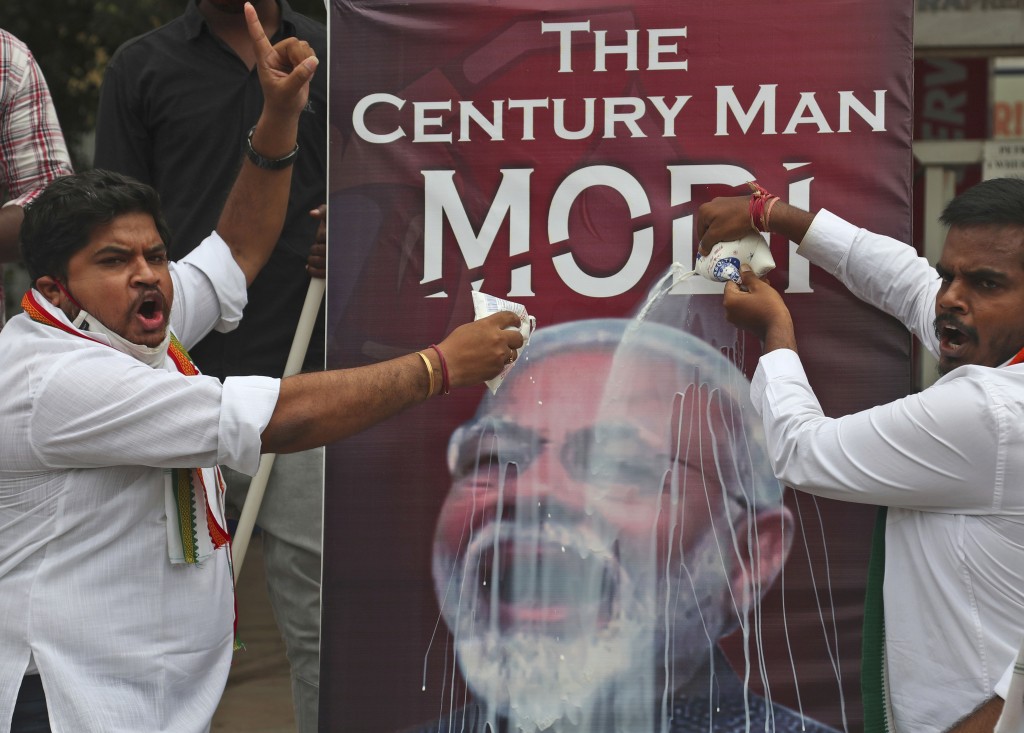 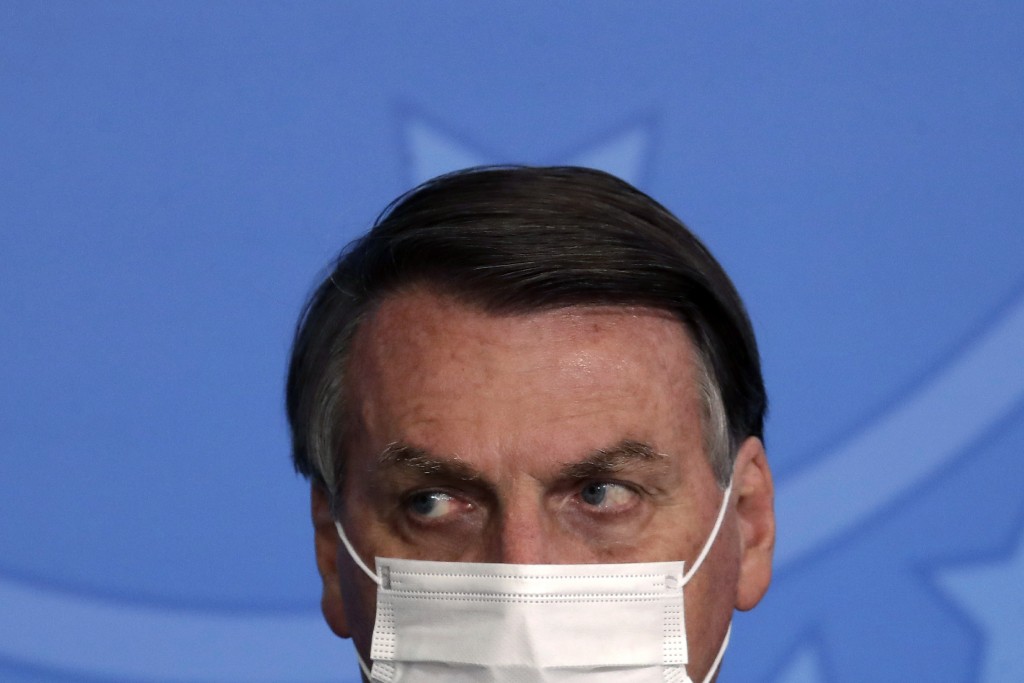 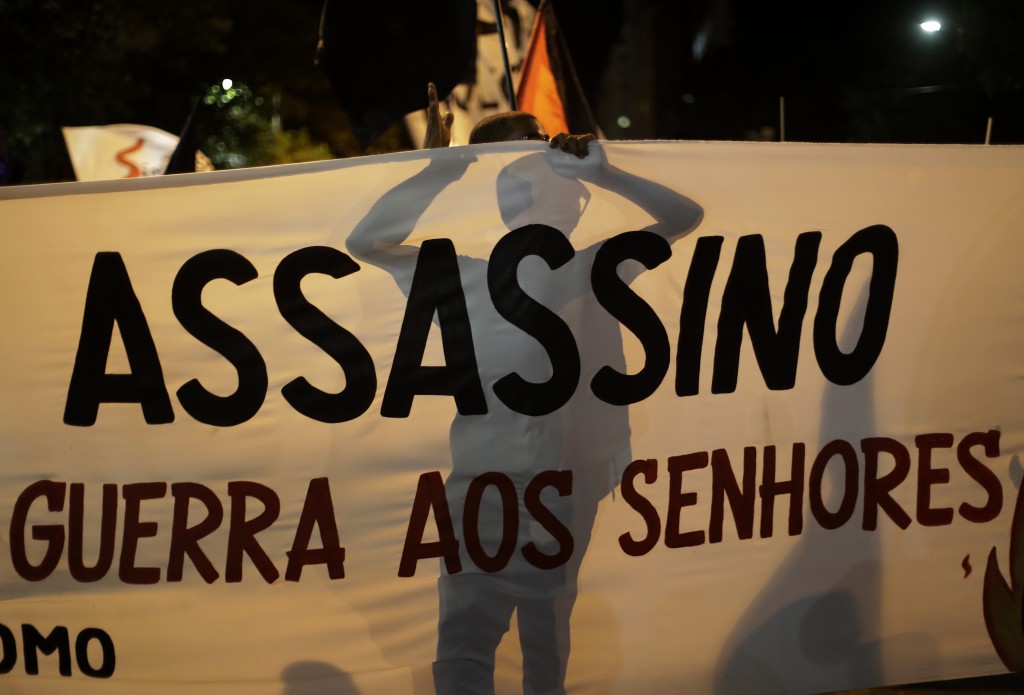 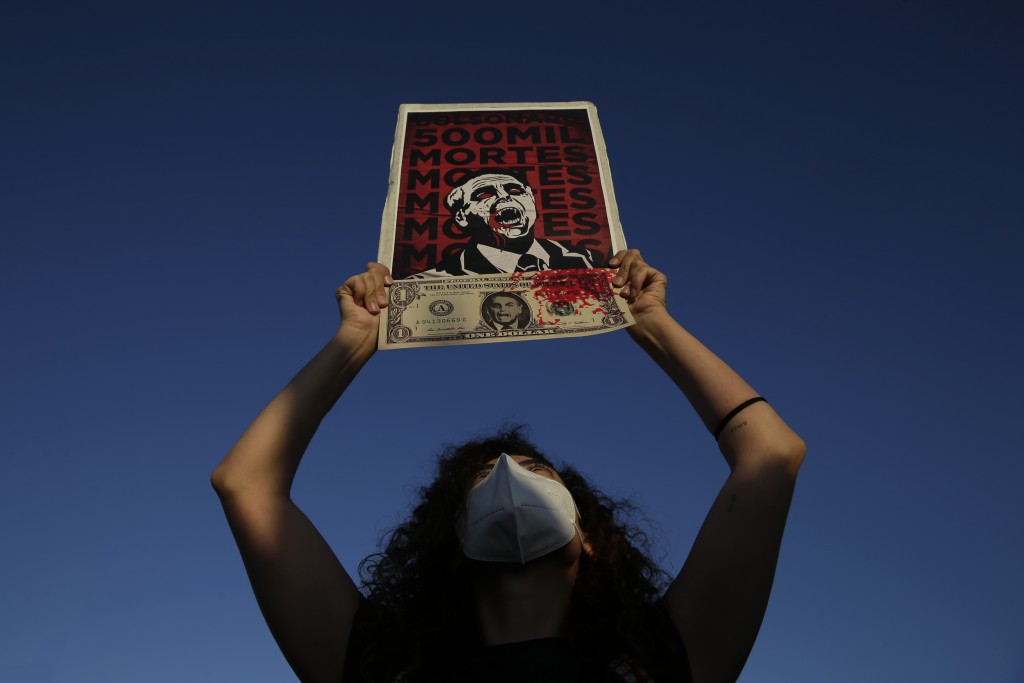 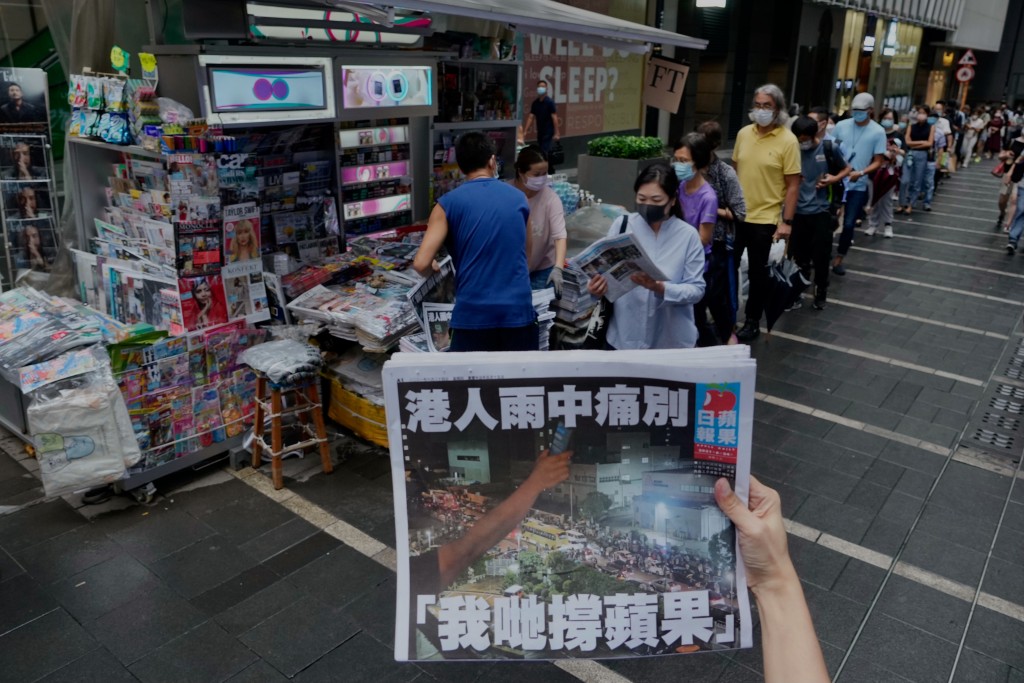 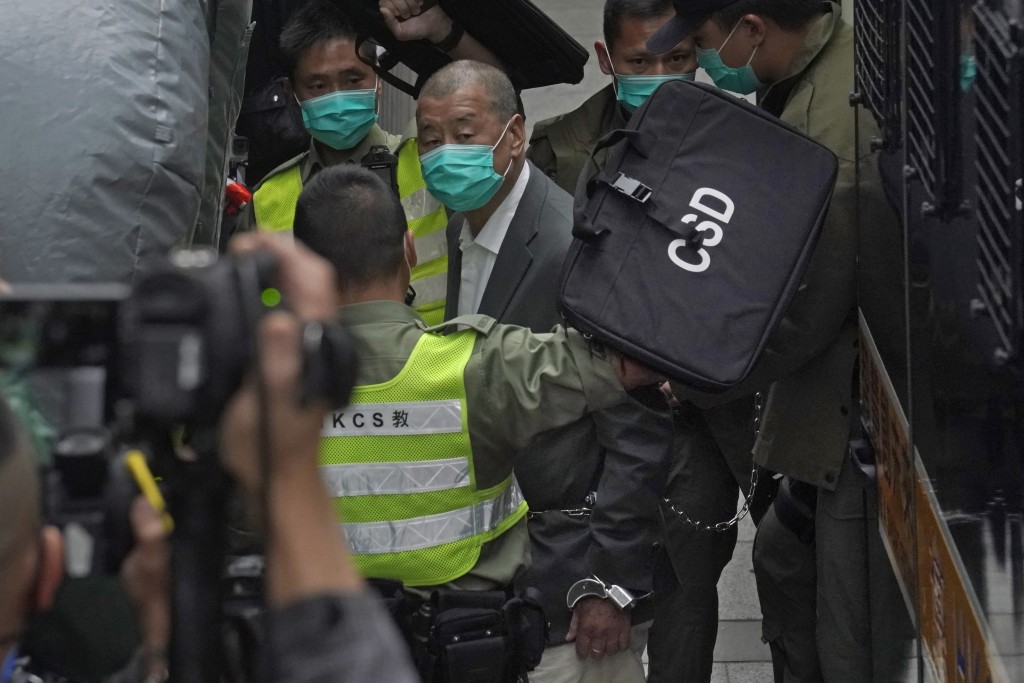 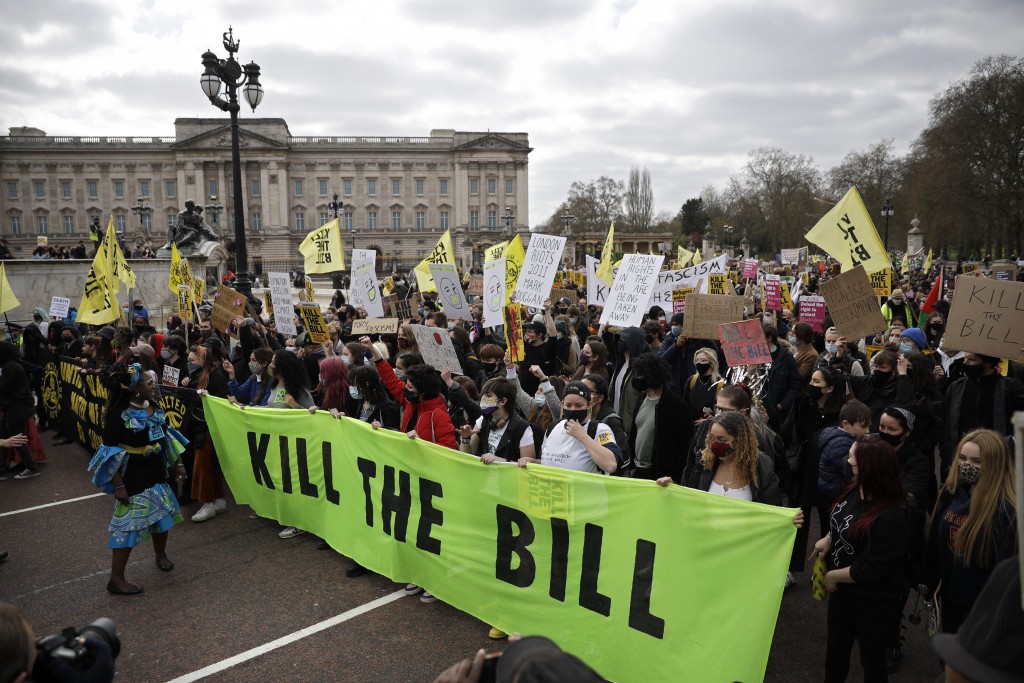 Here’s some of what happened while the world was distracted by the coronavirus: Hungary banned the public depiction of homosexuality. China shut Hong Kong’s last pro-democracy newspaper. Brazil’s government extolled dictatorship. And Belarus hijacked a passenger plane to arrest a journalist.

COVID-19 has absorbed the world’s energies and isolated countries from one another, which may have accelerated the creep of authoritarianism and extremism across the globe, some researchers and activists believe.

“COVID is a dictator’s dream opportunity,” said Theary Seng, a Cambodian-American human rights lawyer who has been indicted on charges including treason in the ostensibly democratic southeast Asian nation, where Prime Minister Hun Sen has been in power for more than three decades.

Human Rights Watch accuses Cambodia’s government of using the pandemic as cover to imprison political opponents without due process. Scores have been indicted and face mass trials.

When it comes to government opposition, “the fear of COVID, on its own and as a political weapon, has substantially restricted mobility for a gathering or movement to take shape,” Seng said.

The biggest global public health emergency in a century has handed power to government authorities and restricted life for billions of people.

Luke Cooper, a London School of Economics researcher and author of the book “Authoritarian Contagion,” said the vast economic, health and social resources poured into fighting the pandemic mean “the state is back as a force to manage society and to deliver public goods.”

Restrictions on civil liberties or political opponents have been stepped up during the pandemic on several continents.

For a decade in Hungary, conservative nationalist Prime Minister Viktor Orban has curtailed media and judicial freedom, criticized multiculturalism and attacked Muslim migrants as a threat to Europe’s Christian identity.

During the pandemic, Orban’s government brought in an emergency powers bill allowing it to implement resolutions without parliamentary approval -- effectively a license to rule by decree. In June, it passed a law prohibiting the sharing of content portraying homosexuality or sex reassignment with anyone under 18. The government said the aim was to protect children from pedophiles, but it effectively outlawed discussion of sexual orientation and gender identity in schools and the media.

Poland’s conservative government has chipped away at the rights of women and gay people. A ruling last year by a government-controlled court that imposed a near-total ban on abortion triggered a wave of protests that defied a ban on mass gatherings during the virus outbreak.

In India, the world’s biggest democracy, populist Prime Minister Narendra Modi has been accused of trying to silence voices critical of his administration’s response to a brutal infection wave that tore through the country in April and May. His government has arrested journalists and ordered Twitter to remove posts that criticized its handling of the outbreak after introducing sweeping regulations that give it more power to police online content.

In Russia, the government of President Vladimir Putin has used the pandemic as its latest excuse to arrest opposition figures. Associates of jailed opposition figure Alexei Navalny have been subjected to house arrest and charges that the mass protests against his arrest violated regulations on mass gatherings.

In neighboring Belarus, authoritarian President Alexander Lukashenko extended his quarter-century iron grip on power by winning an August 2020 election that the opposition -- and many Western countries -- said was rigged. The huge protests that erupted were met with tear gas, rubber bullets and mass arrests.

Then, in May, a Ryanair plane flying from Athens to Vilnius was forced to land in the Belarusian capital of Minsk after the crew was told of an alleged threat. Opposition journalist Raman Pratasevic, a passenger, was taken off the plane along with his girlfriend and arrested.

Even before COVID-19 came along, extremism was on the march.

The 2008 global financial crisis, which saw governments pump billions into teetering banks, shook confidence in the Western world order. And the years of recession and government austerity that followed boosted populism in Europe and North America.

In China, authorities saw the 2008 economic crash as evidence that they, and not the world’s democracies, were on the right path.

Beijing has increasingly flexed China’s economic muscle abroad while cracking down on opposition inside its borders, and also has tightened control on Hong Kong, stifling dissent in the former British colony. Protesters, publishers and journalists critical of Beijing have been jailed and the last remaining pro-democracy newspaper, Apple Daily, stopped publishing in June after its top editors and executives were arrested.

When the coronavirus first emerged in the Chinese city of Wuhan, authorities responded firmly -- though far from transparently -- with draconian lockdowns that got the virus in check.

Curfews and travel restrictions also became commonplace across Europe last year. People in France needed to show a signed declaration to travel more than 1 kilometer (just over a half-mile) from home. And Britons were banned from going on vacation abroad.

British lawmakers have expressed concern about the scope of the Conservative government’s emergency powers, many passed without debate in Parliament.

Both extremism and resistance can be seen in Brazil, where the far-right President Jair Bolsonaro has expressed nostalgia for the country’s two-decade military dictatorship. He dismissed the virus as a “little flu,” cast doubt on vaccines and opposed social and economic restrictions. He so far has been held in check by Brazil’s institutions.

In the United States, President Joe Biden has veered away from the populism of Donald Trump, but a Republican Party radicalized by the former president’s supporters has every chance of winning power again.

Cooper, of the LSE, said the authoritarian tide was unlikely to recede soon.

“This is a struggle between democracy and authoritarianism that’s going to last decades,” he said.