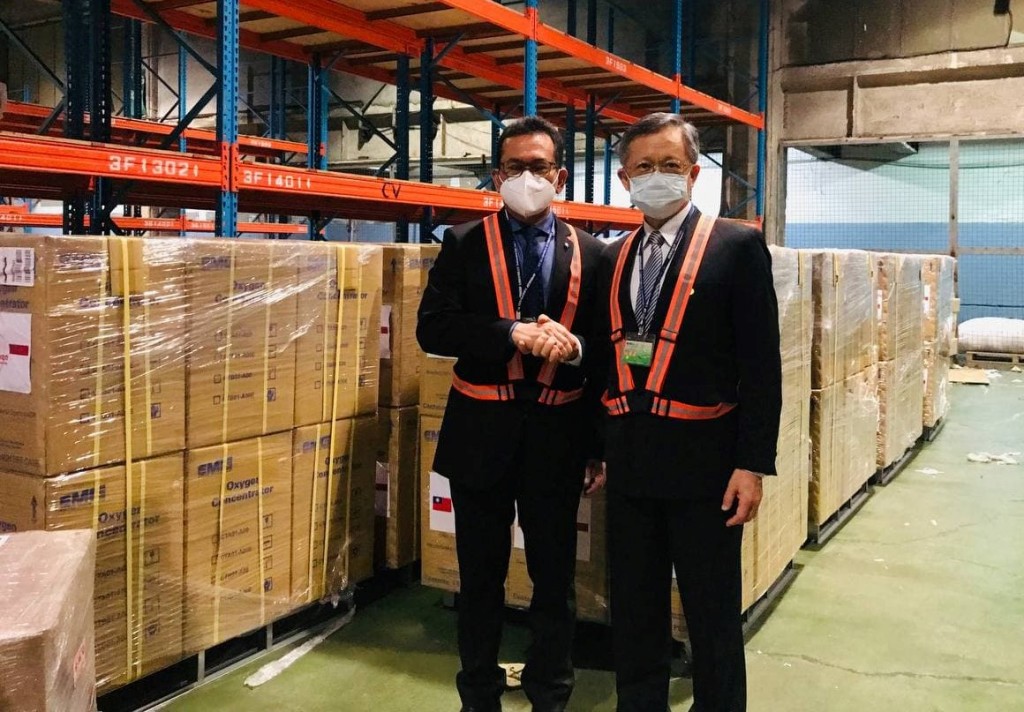 TAIPEI (Taiwan News) — The Taipei Economic and Trade Office in Jakarta (TETO) announced on Thursday (July 15) that Taiwan has donated 200 oxygen concentrators to Indonesia, which is suffering from a surge in COVID cases.

TETO said in a Facebook post that in line with the "people-oriented" spirit of Taiwan’s southward policy and based on the “profound friendship” between Taiwan and Indonesia, MOFA has gifted 200 Taiwan-made oxygen generators to Indonesia.

Though the oxygen generators arrived in Indonesia on July 12, the Ministry of Foreign Affairs (MOFA) held a donation ceremony on Thursday, TETO said, adding that MOFA’s East Asian and Pacific Affairs Department head Larry R.L. Tseng (曾瑞利) and Indonesia's representative to Taiwan Budi Santoso had inspected the machines on July 8.

During the ceremony, Tseng told Santoso that he hopes the 200 oxygen generators can provide some relief for local hospitals in Indonesia, which are lacking oxygen supplies. Santoso said he was grateful for Taiwan’s aid, adding that Jakarta will send the machines where they are needed most so Indonesians can appreciate Taipei’s goodwill.

TETO said that bilateral relations are “closely intertwined” in the areas of trade, investment, agriculture and fisheries, education, and health care. At a time when Indonesia is suffering greatly, Taiwan is willing to help the archipelago country stomp out the virus by sharing its experience, it added.